The Medicinal Power of the Chaga Mushroom Can Help Boost Immunity 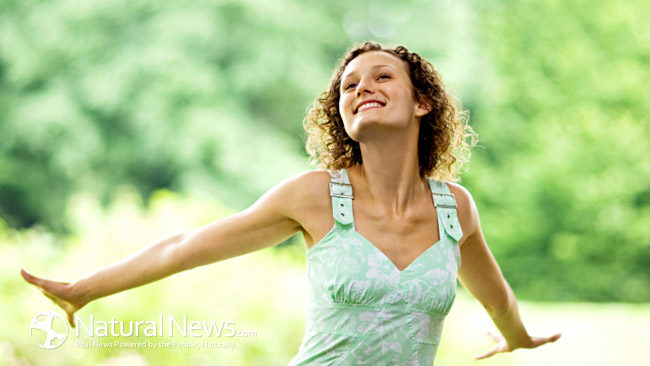 David Koubek’s wife refers to her husband as a “chagaholic,” but it’s a term he doesn’t mind hearing.(1) After all, they credit his consumption of chaga mushroom tea for stopping his chronic respiratory problems — namely pneumonia or bronchitis — in their tracks, which used to render the 40-year-old useless for several days.(1)

Several others have also realized the benefits of the chaga (Inonotus obliquus) mushroom, which is a medicinal mushroom that is found on birch trees.

Lauren Pignatello, a 43 year-old traditional herbalist with 20 years of experience, says the mushroom has been a significant part of her life.(1) She forages for chaga mushrooms in the forests of Maine, explaining that she’s fond of adding ground chaga to her smoothies, and that when she was pregnant, she added it to her raw diet.(1) “It gave my immune system a gentle boost. I hardly felt sick,” Pignatello says. “I use it as an immune tonic. It is also used for keeping one young.”(1)

ReWilding pioneer and health motivator Daniel Vitalis notes that its polysaccharides, triterpenes and betulin, an anti-cancer compound, are the key factors as to why it bolsters overall health.(2) He explains that one can easily make this on their own in the form of a tea or even blend it and use as a powder after they’ve obtained the charcoal-colored chaga from suitable birch trees.

While use of the chaga mushroom to help heal a range of conditions is not new, its growing acceptance in the mainstream world is.

According to Greg Marley, a mushroom expert from Rockland, Maine who has studied chaga for more than 10 years, chaga is becoming more widely used and embraced.(1) “I’ve seen a fairly significant change,” he says. “When I started talking about chaga 10 or 12 years ago, there was a fair amount of pushback. As doctors are becoming more comfortable that they don’t have all the answers, that’s changing incrementally.”(1)

Turning to the Chaga Mushroom to Slow HIV Growth, Fight Tumors, and More

The American Cancer Society notes that there are researchers who feel that betulin, which is found in birch bark, can slow the progression of tumor cells and lead to their death.(3)

University of North Carolina scientists have even reported that chemicals found in white birch bark can slow HIV growth.(3).

Other research has shown its effectiveness including one in which cells treated with chaga mushroom extract had 40 percent less DNA mutation after exposure to oxidative stress when compared with cells that were not treated with the extract.(4) Another finding discovered that of all the medicinal mushrooms studied, that chaga produced higher levels of cell-protecting antioxidants.(4)

The healing powers of the chaga mushroom have been used for centuries by a variety of cultures including ones in Poland, Japan, Finland and North America.(4) It’s been used, and continues to be used today, for everything from boosting the immune system and treating intestinal conditions to fighting cancers such as colon, breast and skin without disrupting healthy tissues.(4)