Medication madness and the death of Conrad Roy 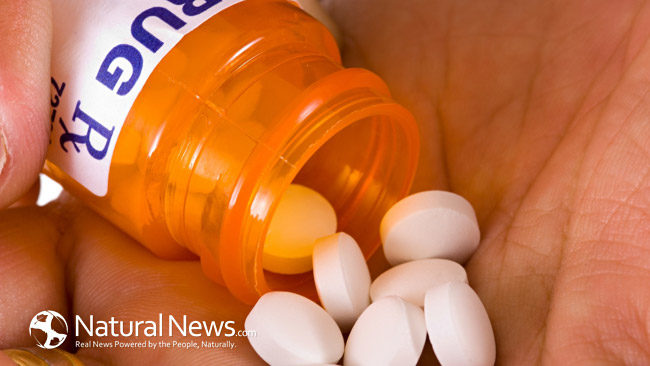 Earlier this month, Judge Lawrence Moniz of the Bristol Juvenile Court of Massachusetts pronounced the sentence in the case of Commonwealth v. Michelle Carter. The final tally: one young life ended, another in ruins, and two families who will be dealing with the aftershocks for the rest of their lives. “Death by Text,” an episode of the CBS news magazine 48 Hours, painted a harrowing picture of the tragedy. Unfortunately, the show glossed over the possible role of the psychopharmaceutical industry in the death of Conrad Roy.

In the course of my work as a reporter, I have talked with numerous bright, once-promising young people who began taking psychiatric medications, often for the most banal of reasons, and whose lives subsequently were shattered by the toxic effects of these drugs. Conrad Roy and Michelle Carter are sterling examples of this sort of thing.

Both were taking Forest Laboratories’ blockbuster antidepressant drug Celexa. Conrad Roy began taking the drug for sleeplessness – odd, given that insomnia is listed on the warning label as one of the toxic effects of this drug – and subsequently attempted suicide. Even the FDA admits these drugs cause suicidality in young people. Why didn’t they immediately begin tapering him off the drug? Instead, they kept him on it – with devastating results.

Michelle Carter began taking the drug for an eating disorder – again odd, given that anorexia is another listed toxic effect of Celexa.

Psychiatrist Peter Breggin testified for the defense. During cross examination, the prosecutor asked whether the daily 10 milligrams of Celexa Michelle Carter had been prescribed was the “standard therapeutic dose.” Dr. Breggin didn’t hesitate before replying:

“First of all, there is no therapeutic dose for her. It’s not approved for children. Second of all, she has liver dysfunction, which means she’s going to get whacked with a lot more of the drug than one would expect from ten milligrams. She’s anorexic and ill and now bulimic, which means that she’s again at a disadvantage. She’s also not a big person, so there are many factors that would make that first, not an appropriate dose at all and secondly, a really hazardous dose with her physical illnesses and her liver dysfunction.”

After the verdict was rendered, Dr. Breggin told me “Both Conrad and Michelle were very young and very immature, very needy, and weren’t provided the services they really needed. Instead their young brains were doused in neurotoxins.

“In my practice, I treat children who I have great affection for, who have done horrible things under the influence of psychiatric drugs, like assault their parents in terrible ways, and who are wonderful when you get them off the drugs.”

Peter Breggin is a Harvard-educated psychiatrist with nearly half a century of experience and the author of Medication Madness: The Role of Psychiatric Drugs in Cases of Violence, Suicide, and Crime, along with more than twenty other books documenting the harms these drugs cause. But after devoting all of 36 seconds to Dr. Breggin’s testimony, 48 Hours brought in psychiatrist Harold S. Koplewicz (who was not involved in the case) to assure viewers that antidepressants are safe.

Nobody pointed out that so-called antidepressant drugs cause suicidality in teenagers – it says so right there on the warning label.  Nor did anybody point out that Dr. Koplewicz was one of the authors of GlaxoSmithKline’s infamous Study 329 of Paxil, which concluded that the drug was “generally well tolerated and effective for major depression in adolescents,” even though the data demonstrated no advantage over placebo for any of the eight original outcome variable specified by the study planners – and that nearly one out of eight youths given the drug experienced suicidality or self harm, as opposed to fewer than one out of 40 in the placebo group.

Study 329 formed part of the basis of the largest health care fraud settlement in history. In 2012, GSK pled guilty and agreed to pay $3 billion dollars to settle claims of illegal marketing and failure to report safety data for its products, including Paxil. The day the settlement was announced, GSK’s stock price increased, indicating that the costs of the fines are built into the prices of these drugs, as a part of the cost of doing business. And to this day there has been no correction, no retraction, and no apologies from Dr. Koplewicz or any of the 21 other authors of Study 329. Why do we continue to entrust individuals like these with the care of the minds – and lives – of our children?