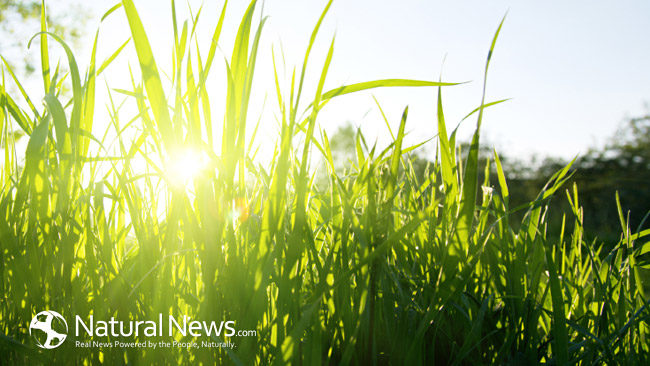 If you’re currently residing in the Northern Hemisphere it’s a good bet to suggest that you’re starting to feel the chills and sniffles of the approaching winter. Whilst it’s tempting to wrap yourself up in a duvet and while away your time in front of the TV with a mug of soup, you may be doing yourself a health disservice, as outdoor leisure specialist Cosford caravans’ recent investigations have shown.

Admittedly it may not feel all that good but even during the winter, time spent in nature can bolster your immune system, help you sleep and even improve your mental wellbeing.

Don’t Underestimate the Importance of Sunlight

There’s a reason why human culture has always placed such importance on the Sun as a symbol of wealth, power and good fortune; sunlight’s incredibly good for you. As it’s in shorter supply this time of year, the importance of soaking up what few rays there are is greatly increased.

As you may already be aware, sunlight is responsible for creating vitamin D in the human body, deficiency of which can lead to conditions such as rickets. However, epidemiologic studies have shown that vitamin D may be of more importance than we’d assumed, suggesting that you’re at higher risk of heart disease, stroke and cancer if you’re not getting your fair share of vitamin D.

Far more conclusive evidence has been found linking sunlight to increased restfulness. University of Colorado scientists recently discovered that natural light is vital to achieving a quality night’s sleep. Taking volunteers out on a camping trip and measuring the levels of sunlight they were exposed to revealed that they received around 400% more sunlight exposure than during their normal lives.

The scientists also measured the subjects’ melatonin (the hormone that creates sleepiness) levels during different times of the day during both their normal lives and on the camping trip. Ideally, melatonin levels should be highest just before bed time and lowest when you wake up. They discovered that after a few days camping and with limited access to manmade light sources the subjects’ melatonin levels were higher at night and lower in the morning than during their workaday lives.

By limiting their exposure to manmade light and increasing their time in natural sunlight the volunteers reported feeling more well-rested and active in the mornings. Spending time in nature had normalised their sleep patterns.

Natural Killer Cells can be Found in the Forest

A far more mysterious and (as of yet) unexplained phenomenon has been noticed by the Nippon Medical School.

Based on the traditional Shinto ideal of shinrin-yoku or forest bathing, Japanese scientists have noticed that merely spending time in nature has the beneficial effect of speeding up the body’s creation of natural killer cells (NK), the human immune system’s elite guard.

12 Japanese men of similar ages who all lived in the city had their NK levels measured during their normal lives. The scientists then took these men (in two groups of six) to different Japanese forests on a three-day shinrin-yoku (essentially a hike), where their NK levels were measured twice. What was astounding was how quickly these men’s NK levels rose over such a short period of time, and how long the effects remained. The men’s NK levels were again measured once a week when they’d returned to their normal, city-dwelling existences. Their NK levels only returned to their “normal” levels after a month of being back in their old routines.

What I neglected to mention, and what makes this research particularly impressive, is that NK cells have been shown to fight off cancer. The scientists are now undertaking greater research to understand how these results could be used as a preventative measure against cancer. All that from a trip in the woods, eh?

What one should take away from these findings is that mankind is meant to be in nature. As far as we’ve progressed culturally, scientifically and technologically, the importance of nature to mankind extends beyond the sentimental lens that many people view it through. Mankind’s connection with the natural world is still not completely understood, and whilst I’m hardly calling for a return to cave-dwelling, our reliance on technology and modern medicines may not be the be all and end all.

Nature’s important to man for more than just its natural resources, and science is only just beginning to understand why.

Jamie Waddell is a men's lifestyle, technology and fitness writer based in London.