Medical Marijuana Programs are being Used as Stealth Gun Control 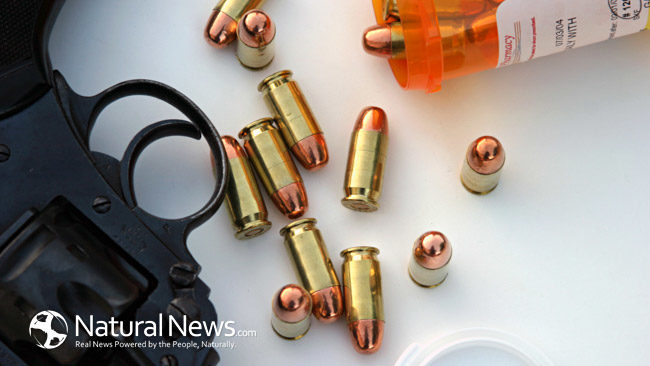 If marijuana was actually legalized it could be transferred like any other plant product with no strings attached. Truly legal marijuana could be used freely just as it had been for thousands of years before the modern war on drugs. Some U.S. states have enacted medical marijuana programs but they conflict with the U.S. federal government on almost every level, including the right to buy a firearm if you hold a medical marijuana card or use this medicinal plant casually.

“There are no exceptions in federal law for marijuana purportedly used for medicinal purposes, even if such use is sanctioned by state law,”    ATF

The system in place now is not truly legalized marijuana according to the federal government, even though 28 states have adopted similar programs, allowing medicinal use with 6 states allowing or considering legalizing casual use. In every U.S. state where a consumer can acquire a medical marijuana card they may be denied the right to purchase a gun according to federal law. In many states such as Nevada and Illinois as well as Pennsylvania and Hawaii you can lose your second amendment right to purchase a firearm in the process of getting a medical marijuana card. Many card holders may not be aware when they sign up, only realizing when an attempt to purchase a firearm is denied.

This has been upheld in Federal Court and now the Session’s Justice department has rescinded an Obama era memo that let states pursue marijuana legalization with out federal interference. It all sounds like a bad Cheech and Chong movie. Cheech and Chong have signed up and gotten their medical marijuana cards (losing a constitutional 2nd amendment right in the process). Now the Feds have changed their minds and can easily find out exactly who is smoking marijuana or growing it if they are registered with their state! If you have a medical marijuana card, don’t smoke stuff that makes you paranoid while considering the state and federal government thinks of you as prone to “impaired mental states,” and “negative interactions with law enforcement officers.”

“if you are aware that the potential transferee is in possession of a card authorizing the possession and use of marijuana under State law, then you have ‘reasonable cause to believe’ that the person is an unlawful user of a controlled substance, you may not transfer firearms or ammunition to the person.” ATF

The federal government believes if you have a medical marijuana card you may no longer buy a firearm from a federally licensed dealer, effectively banning you from exercising your second amendment right. Last year the U.S. Court of Appeals for the 9th Circuit upheld the ATF’s policy of banning gun sales to people who are known to have medical marijuana cards. The appeals court reasoned that possessing a medical marijuana card is a good indicator of illegal drug use, which is in turn associated with violence, “impaired mental states,” and “negative interactions with law enforcement officers.” The similar federal provision prohibits possession of firearms by anyone who is “an unlawful user of or addicted to any controlled substance.”

Of course the medicinal marijuana cardholder could just lie on the ATF’s Form 4473, which is required to be filled out when a gun is purchased, saying that the cardholder does not use any schedule 1 drugs. That would be perjury punishable by up to 10 years in prison and now many states keep a list of medical marijuana cardholders used to cross reference for gun purchases. Talk about a rock and a hard place or the perfect catch 22.

When state governments decided “legalize” medical marijuana or even casual use, one could only imagine that government control would lead some boondoggles along the way. Yet with gun prohibition written into these laws from the beginning, it seems obvious it is a form of stealth gun control that has been very effective.