MEDICAL CANNABIS THE DIFFERENCE BETWEEN (THC) and (CBD) 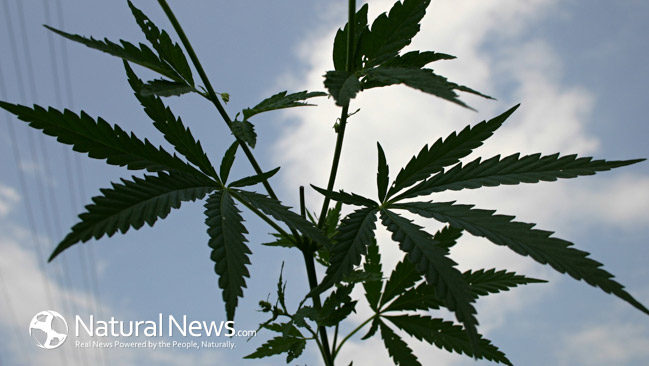 MEDICAL CANNABIS THE DIFFERENCE BETWEEN (THC) and (CBD)

Cannabis plants produce a unique family of terpeno-phenolic compounds called cannabinoids, which produce the “high” one experiences from consuming marijuana.  There are 483 identifiable chemical constituents known to exist in the cannabis plant, and at least 85 different cannabinoids have been isolated from the plant.  The two cannabinoids usually produced in greatest abundance are cannabidiol (CBD) and/or tetrahydrocannabinol (THC), but only THC is psychoactive.  Since the early 1970’s, Cannabis plants have been categorized by their chemical phenotype or “chemotype”, based on the overall amount of THC produced, and on the ratio of THC to CBD.  Although overall cannabinoid production is influenced by environmental factors, the THC/CBD ratio is genetically determined and remains fixed throughout the life of a plant.

The Benefits of CBD over THC:

Non-drug plants produce relatively low levels of THC and high levels of CBD, while drug plants produce high levels of THC and low levels of CBD.  When plants of these two chemotypes cross-pollinate, the plants in the first filial (F1) generation have an intermediate chemotype and produce similar amounts of CBD and THC.  Female plants of this chemotype may produce enough THC to be utilized for drug production.  Whether the drug and non-drug, cultivated and wild types of Cannabis constitute a single, highly variable species, or the genus is polytypic with more than one species, has been a subject of debate for well over two centuries.  This is a contentious issue because there is no universally accepted definition of a species.  One widely applied criterion for species recognition is that species are “groups of actually or potentially interbreeding natural populations which are reproductively isolated from other such groups”.  Populations that are physiologically capable of interbreeding, but morphologically or genetically divergent and isolated by geography or ecology, are sometimes considered to be separate species.  Physiological barriers to reproduction are not known to occur within Cannabis, and plants from widely divergent sources are inter fertile.  However, physical barriers to gene exchange (such as the Himalayan mountain range) might have enabled Cannabis gene pools to diverge before the onset of human intervention, resulting in speciation.  It remains controversial whether sufficient morphological and genetic divergence occurs within the genus as a result of geographical or ecological isolation to justify recognition of more than one species.

*** Cannabinoids studied beyond THC are:

CBD, and the therapeutic promises over THC

To amply give place to endocannabinoid aswell, which are produced in the human body to help govern the physiological process of; memory, appetite, immune function, pain, and inflammation.  While THC increases our appetite, CBD reestablishes it for those who have difficulty eating per stress or anxiety.  A recent study published in The International Journal of Neurophamacology also points to Cannabidiol (CBD) being the cause of neurogenesis in the brain and the THC reduces levels of vascular endothelial growth factor (VEGF) in Glioma (brain cancer) cells.  A very important fact because a reduction in VEGF means that brain cancer tumors are unable to grow the new blood vessels they need to sustain themselves to grow and spread.  Now CBD or Cannabidiol is the second most common Cannabinoid in medical marijuana and hemp plants.  CBD rich cannabis provides potent therapeutic benefits without the euphoria or lethargy of many high THC varieties.  CBD may be best known for its ability to counterbalance anxiety, tachycardia, hunger and sedation caused by THC.  Great for hard to manage conditions, CBD is known to be as versatile as THC when addressing: diabetes, epilepsy, PTSD, alcoholism, cancer, rheumatoid arthritis and neurological disorders, antidepressant, addiction, sleep, pain, perception, to nausea and vomiting.  Recent science confirms that different cannabinoids and other components in cannabis that have little phsychotropic effect may hold more therapeutic promise than THC.  According to historical data, in 1988 the first cannabinoids receptor (molecule on the outside of a cell that receives a signal for the cell to do something specific) known as CB1, was discovered in Humans.  The receptors reside primarily in the brain with the highest concentration in the Basal  Ganglia, The Hippocampus, and Cerebellum (Guzman, 2009).  This receptor is the one that receives THC thereby activating its euphoric properties.  Also for appetite, the CB1 receptor addresses: immune function, muscle control, cognition, thermoregulation, and inter-ocular pressure (Abrams, 2011).  This new found understanding of cannabis, and the biological systems of the human body, and their integration provides profound opportunity for advances in managing and altering the disease process for a wide variety of illnesses.