Measles Returns to Alaska, But No Media! 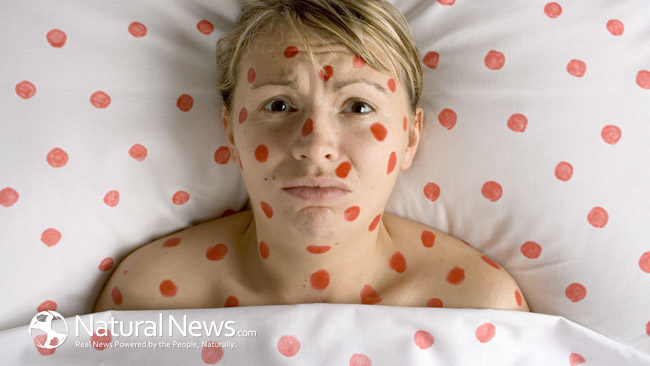 The recent news of a measles case in Fairbanks, Alaska, has been notably under-reported in mainstream media that otherwise seems to take at once to fear-mongering the moment measles is mentioned. Mystery? Probably, but when it comes to infectious diseases, things hardly boil down to anything other than the multi-million-dollar vaccine business.

The report of the case came from Alaska Health Department and stated that an “adult patient”, who had recently travelled to Central Asia, tested positive for measles after arriving in Fairbanks on May 31. That was essentially the news on most of whatever number of sources reported it. And there were no more than a dozen or so of these local sources with limited circulation. No CNN, Fox, NBC, NYT or other news giants bothered to breathe the air of this incident despite the claim that it’s the first confirmed measles case in Alaska since 2000!

While the briefs were all rewrites of the same sketchy info seen on other websites, the few “detailed” reports too all told the same story: it was a man, middle-aged, who had travelled recently to Mongolia where he is assumed to have contracted measles. But there is one single, yet extremely important piece of information touched on very lightly in this detailed version: the man had been vaccinated for measles!

In the above-cited report from Alaska Dispatch News, this info is worded as: “He [chief of the Alaska Section of Epidemiology] said the infected man in Fairbanks reported he had gotten the MMR vaccine, but there was no verification that he had.

So the man claims he was vaccinated for measles with the much-hyped MMR but the officials are unable to verify that claim. No verification… but why? Were the officials unable to access his medical records? Were his vaccination records missing? Was it his failure or even his burden to prove he was vaccinated? Above all, did he have any reason to lie? In any case, was he thoroughly interrogated about it?

There is not a single shred of information on his vaccination status and the silence on this most important point speaks volumes of the influence of vaccine industry on health authorities as well as media sources. If the man was vaccinated, which he claims, the claims of vaccine efficacy would once again collapse. Hence, not only is the case shockingly under-reported but, of the available reports, most space is conveniently sold to the usual vaccine-promotional clichés of checking and updating your vaccination records, the contagious nature of measles, and all the “expert” advice used to brainwash the masses.

Now readers who care about learning facts rather than those (dummies) who take it from official sources will also note the omission of something else from these detailed reports of the Fairbanks measles case: the vaccination status of the patients in previous outbreaks in Alaska.

While Alaska Dispatch News mentioned two major outbreaks of measles in school-aged children in Alaska in the mid to late ‘90s, it doesn’t mention the fact that most of the children in both cases were vaccinated for measles. Clicking on the links provided take you to the respective pages of information where you learn that 88 percent of the patients in one outbreak and 99 percent in the other were vaccinated for measles with at least one dose of the measles vaccine. Getting to the point now!

Against the nation-wide and internationally spread hype about measles outbreak in Disneyland, CA (in which no proof was found that an unvaccinated person started it all), the current silence of media, or to be precise – the almost blackout in media – over the Fairbanks’ measles case calls for thorough skepticism of information shed by the mainstream media.

Ernest Dempsey is a writer, editor, and blogger. He has published five books and hundreds of essays, articles, reviews, interviews, and journalistic as well as creative stories around the world. He runs a popular blog Word Matters! as well as edits the Loving Healing Press blog Recovering the Self. Dempsey is vegetarian and a vocal advocate for animals, humans, and the environment.