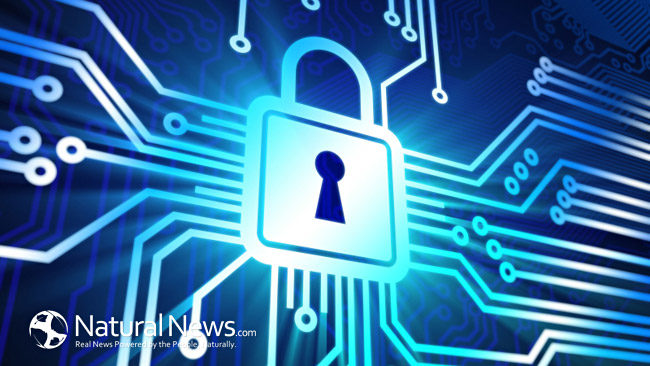 (NaturalNews) The McAfee anti-virus and security company is currently engaged in a malicious, slanderous defamation campaign against Natural News. Although the Natural News website contains no malicious code whatsoever (and has passed numerous security scans with a clean bill of health), it is being flagged by McAfee as a “malicious” website that “poses especially hazardous risks to a user’s computer security.” (See screen shots below.)

The McAfee Site Advisor website claims, about NaturalNews.com, “We tested it and found security risks. Beware.”

These claims by McAfee are utterly false and highly defamatory. By spreading this information through its downloadable browser tools, McAfee is severely harming the reputation and web traffic of Natural News while misleading potentially millions of users about a website that they find to be highly informative, reputable and completely free of security risks.

UPDATE: McAfee contacted us and explained that if we paid them $38,000, they would certify our website and “take care” of the red reputation rankings. In a second conversation, they told us that if we made the decision to go with them TODAY, they would reduce the fee to just $32,000. Feeling forced into having our website reputation destroyed if we did not pay, we paid McAfee $32,000, which we consider an “extortion fee.” Magically, within minutes, all the red flags on our website were lifted and Natural News is no longer being blocked by McAfee. This cost us $32,000!!!

We have already begun to consult with our attorneys concerning possible legal against McAfee for this vicious and harmful defamation of one of the internet’s most highly-trafficked websites (Natural News). In the mean time, we need your help to help restore the Natural News reputation. (It’s simple, see below…)

Here’s a screen shot of the false, defamatory warning that McAfee displays to users who attempt to visit NaturalNews.com: How the McAfee slander machine works

McAfee’s “web reputation” technology is based on a user rating system called “Site Advisor.” You can see the NaturalNews.com false red flag rating at:

Site Advisor’s scores are derived from users who sign up to be “site reviewers.” The ratings from these “site reviewers” are then TRUSTED by McAfee to be accurate, regardless of whether they are accurate or not.

This faulty reputation structure allows gangs of online paid trolls (so-called “anti-P.R. companies”) to game the system and coordinate a campaign of submitting negative ratings for any targeted website (such as Natural News).

McAfee then multiplies the effects of this trolling campaign by claiming such troll ratings to be accurate and true, thereby flagging completely innocent sites as being “malicious” or containing “security risks” when, in reality, it has been nothing more than the subject of a carefully planned and orchestrated troll assault that uses the McAfee Site Advisor system.

McAfee, in other words, willfully allows its technology to be used by oppressive hate speech groups to censor quality website content by falsely flagging it as “malicious.”

Notice in the screen shot below how NaturalNews.com is flagged with a “High Risk” (RED) on its “web reputation” score (upper left) as well as a “Threat Detail” on the upper right, which falsely describes NaturalNews.com as a “malicious site.” Our website traffic and reputation have both been significantly harmed by McAfee’s highly irresponsible actions. We intend to pursue this matter through multiple channels, including legal channels with McAfee’s legal team in Plano, Texas.

TAKE ACTION: What you can do to help

In the mean time, you can help restore the reputation of Natural News by becoming a “site reviewer” and posting a positive rating for Natural News.com.

With your help, your positive postings will out-weight the negative troll “hate speech” postings which are designed to censor NaturalNews.com.

Here’s how to post a positive rating for NaturalNews.com:

Step 1) Register to be a McAfee Site Advisor
Simply sign up at:

After you complete your Site Advisor sign-up, simply visit:

Select “SAFE” as the rating.

Select “HEALTH” as the category.

Write any comments you wish.

Thank you for your help in fighting against corporate censorship of quality websites. You may also want to re-think your use of McAfee software products, as they are faulty and engaged in spreading false and defamatory information about quality websites.

How can McAfee’s software be trusted when it is, itself, engaged in spreading false and defamatory lies about websites that certain groups target with smear campaigns?

If McAfee (and the internet) had existed in the 1960’s, it would have placed “malicious” warnings on websites like MartinLutherKing.com, or the website of Rosa Parks. Anyone who stood up against a system of injustice and spoke an unpopular truth would have been flagged by McAfee’s “Site Advisor” technology.

And this brings up an important question: Does McAfee support racism as long as it’s popular? Does the company endorse hate speech against blacks, or black-run websites, if enough racist KKK members flag those sites as “malicious?”

Because that’s how McAfee’s engine works right now. It is a multiplier of hate speech, censorship and intimidation. It is a scourge on the internet and demands to be radically re-tooled or eliminated altogether.

I will keep you posted on what happens with McAfee and whether they choose to take action to stop their technology from being a “slander engine” that maligns innocent websites like Natural News.