Massive Civil Disobedience Against the New York State S.A.F.E. Act Again! Government is Powerless Without the Consent of the Governed 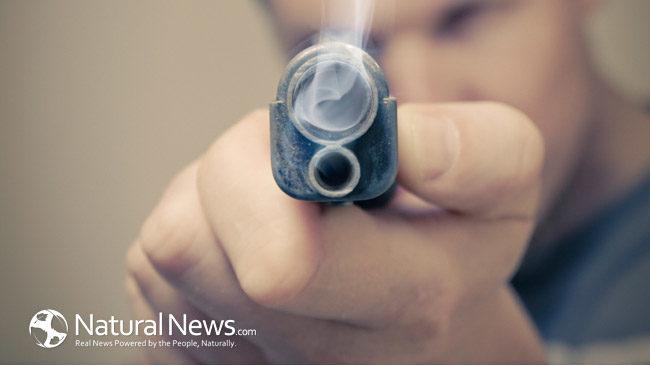 The New York State S.A.F.E. Act ,which stands for Secure Ammunition and Firearms Enforcement Act, has been a monumental failure because the people of New York State simply have not gone along with the most oppressive act of gun control in the nation. Now a new deadline is looming for hand gun permit holders in N.Y. State to recertify every 5 years and with the fifth anniversary of the S.A.F.E. Act coming up it’s time for pistol permit holders to comply with the law. Only there is a problem, less than 20% of permit holders are complying with the deadline on January 31st 2018, which is less than two weeks away. There is talk of pushing the deadline back, because there is no practical way to enforcing it, when the citizens do not go along with the program.

As of  January 31, 2018 any citizen in possession of a hand gun permit obtained before January 15, 2013 must recertify their hand gun license under the provisions of the S.A.F.E Act or possibly face criminal charges. Anyone who obtained their permit after this date must recertify every 5 years or face the same legal jeopardy. Even in the face of such draconian measures, across the entire state, less than 20% of N.Y. State citizens have even bothered to comply with the hand gun recertification program.

This demonstrates when laws are passed without the consent of the governed, and are very unpopular, the citizens have the last say by simply ignoring the law. As was done four years ago with less than 4% participation in the attempt to register assault weapons in N.Y. State. As President Andrew Jackson once said “You have your law, now let’s see you enforce it”.

The New York State Police as well as a growing number of sheriffs throughout the Empire State say they will not enforce this provision of the S.A.F.E. Act after the January 31st deadline with criminal charges or fines just yet. The police know what a huge task this would be and most in law enforcement don’t agree with the S.A.F.E. Act anyway. It will not be enforced in mass because it cannot be enforced with hundreds of thousands refusing to comply. Representing a massive act of civil disobedience by the law abiding citizens of New York State.

This should come as no surprise because the deadline to register so called assault weapons under the N.Y. S.A.F.E. Act came and went on March 13, 2014 with less than a 4% of gun owners complying. Only about 50,000 semi automatic long rifles(so called assault weapons) out of an estimated one million were registered. Effectively making felons out of hundreds of thousands of New Yorkers who are otherwise hard working law abiding citizens. Very few prosecutions have been pursued since the assault weapons deadline has passed. N.Y. State Police will not even enforce the seven round magazine limit and have yet to get a database and backround check system for ammunition buyers up and running due to the fact that it is such a monumental task.

As deadlines come and go under the S.A.F.E. Act they are almost completely ignored by the gun owners of the New York State. All this adds up to one of the biggest acts of civil disobedience in modern American history.

New York State under Governor Andrew Cuomo is powerless to enforce such an over reaching mandate passed almost immediately following the Sandy Hook shooting on December 14th 2012 in Newtown, Connecticut. Even though this event happened in another state, the gun control law was signed by Governor Cuomo on January 15, 2013, only a month later. The S.A.F.E. Act was sponsored by New York Assembly Speaker (D) Sheldon Silver and supported by Senate majority leader (R) Dean Skelos both of which are now in prison on federal corruption charges. The whole law was put together so hastily that it had to be amended days later to allow law enforcement to carry proper firearms and to let Hollywood still film in New York City with realistic looking guns. The government and Hollywood can have guns but the citizens must jump through a myriad of regulatory loops.

Every single mandate coming out of this over reaching law has fallen flat on it’s face such as the backround check database of ammunition buyers that N.Y. State was supposed to have set up a year after the act was passed or the seven bullet magazine limit State Police will not enforce. Deadlines for registering assault weapons as well as for pistol recertification come and go with little participation as the laws mean nothing when they are viewed as unjust or unconstitutional by the governed. Everything Governor Cuomo has done with gun control in the Empire State has been a total non starter with no way to really enforce it when the people finally say “NO!”.