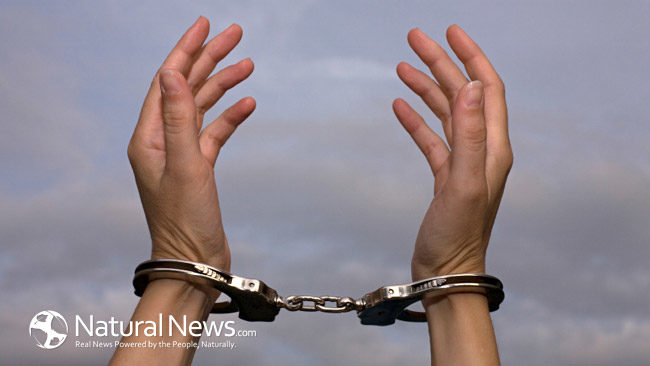 Three US states have legalized recreational use of marijuana, 14 states have decriminalized possession of the herb, and 23 states have legalized medical use. In 2014, marijuana was a $2.9 billion dollar industry and researchers are projecting $11 billion and $22 billion in 2017 and 2020 respectively. Prior to the surge in this new and lucrative market, marijuana was found at the center of another profitable business. In fact, the business of imprisoning black men in non-criminal marijuana possession violations was and is still a primary source of income for many states.

In a special report by Time Magazine marijuana is examined as a civil rights issue, where racial injustices are empirically evident. Think it’s all speculation? Think again. Veteran New Orleans defense attorney Gary Wainwright laid it out quite frankly, “You can’t run a prison without inmates… We have an entire industry with a vested interest in maintaining full jails. And the easiest way to keep the jails full is to arrest black men for pot possession.”

The American Civil Liberties Union (ACLU) called attention to this issue. The organization reported alarming statistics with marijuana related arrests front and center. Between 2001 and 2010 there were 8.2 million marijuana related arrests and a whopping 88% of those arrests were for possession only. In 2010 police made an arrest for marijuana possession every 37 seconds and 52% of all drug arrests were weed related.

At what point did marijuana related arrests become a civil rights issue?

So where does this issue turn black and white? The ACLU’s report concentrating on the racial aspect of arrests showed that black people were nearly four times more likely to be arrested for marijuana possession despite slightly higher rates of use among white individuals. In Iowa, D.C., Minnesota, and Illinois black people were 7.5 to 8.5 times more likely to be arrested for having weed. It is evident that black communities have been targeted and part of that issue is that black individuals, primarily males have been targeted by stop and frisk laws in several states.

In a recent panel discussion, Michelle Alexander attorney and author of The New Jim Crow: Mass Incarceration in the Age of Colorblindness created a vivid picture of what’s happening. “In many ways the imagery doesn’t sit right. Here are white men poised to run big marijuana businesses, dreaming of cashing in big—big money, big businesses selling weed—after 40 years of impoverished black kids getting prison time for selling weed, and their families and futures destroyed. Now, white men are planning to get rich doing precisely the same thing?”

In Louisiana, a state that holds the title as prison capital of the world, black residents account for only 30% of the population; yet a massive 60% of marijuana related arrests. In the St. Landry Parish of Baton Rouge, black-white inequality in marijuana related arrest presents a 10 to 1 ratio. Again, this is not an instance of black people using marijuana more often; research shows that white people use marijuana at slightly higher rates than black.

Bernard Noble’s story sheds further light on this subject. In 2010 Noble, a 47-year-old African-American man was stopped for demonstrating “suspicious behavior” otherwise known as riding a bike down the street. Noble had left his vehicle with his father whom he was visiting in New Orleans. Police found the equivalent of two joints in his pocket. Jessica Williams of The Times-Picayune reported, “Two trial judges, Terry Alarcon and Franz Zibilich, sentenced him to only five years after hearing his case. But Orleans Parish District Attorney Leon Cannizzaro’s office appealed, all the way to the Louisiana Supreme Court. That court decided that Noble’s case was unexceptional, and thus unworthy of a break from state law.”

Noble, a father and commercial truck driver of 20 years is currently serving a 13 year sentence at Jackson Parish Correctional Center. He was originally placed at Concordia Parish which maintains one bed for every 18 residents and is often referred to as a warehouse for convicts from the South. The Concordia Parish Sheriff’s Office immodestly declared that “the economic benefits of the parish are enormous.” The facility cleared $8.5 million in revenue with a $2 million excess in 2012. Noble will generate close to $120,000 dollars during his 13-year sentence. Just two months after Noble’s arrest a city ordinance was passed that moved marijuana possession from a criminal offense to a municipal offense punishable by a fine. Family, friends, and supporters rally frequently for a reversal of Bernard’s sentence.

Unfortunately, Bernard Noble’s case is not unique. In Colorado alone, 210,000 people arrested for marijuana possession between 1986 and 2010 are still behind bars. In Oregon, which recently legalized recreational use of marijuana, lawmakers are negotiating policy that will allow expungement of certain marijuana-related offenses; primarily offense that have now become legal. According to Oregon Public Broadcasting, “Midge Purcell of the Urban League of Portland said the proposal is especially important for African-Americans, who are disproportionately arrested for marijuana offenses.”

Legislators are being asked to consider how inmates of all races are effected by legalization. Conversations have ignited on whether or not expungement of minor offenses should become the standard as recreational legalization advances. Michelle Alexander has called for extra consideration in the black community which has clearly been targeted in this arena and many others.

Here’s what she had to say, “After waging a brutal war on poor communities of color, a drug war that has decimated families, spread despair and hopelessness through entire communities, and a war that has fanned the flames of the very violence it was supposedly intended to address and control; after pouring billions of dollars into prisons and allowing schools to fail; we’re going to simply say, we’re done now? I think we have to be willing, as we’re talking about legalization, to also start talking about reparations for the war on drugs, how to repair the harm caused.”

Source for this article: