After March Against Monsanto, Momentum Favors The People 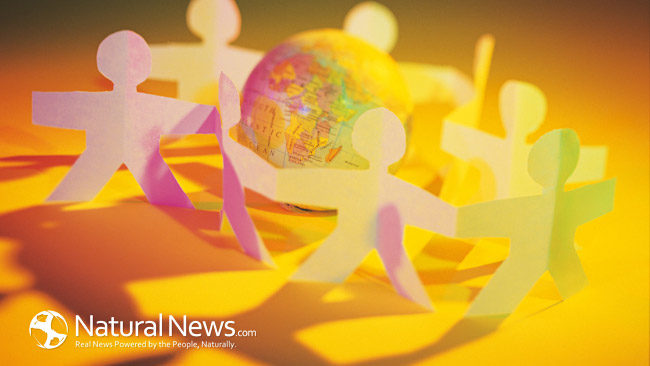 It is clear that we have just witnessed the largest single worldwide protest against a company and their products. What’s also clear is the major public disgust for anything bearing the words ‘Genetically Modified Organism’. Monsanto’s only refuge lies in the massively funded mouthpieces of news clips and public figures, combined with a legal stranglehold on scientific research and medical inquiries. Yet in the age of information, their propaganda is laughable.

Meanwhile the townspeople gather, having replaced their torches and pitchforks with signs and banners. This time we see the battle being fought from a place of higher consciousness. Our weapons of choice are the devastating methods of non-compliance, civil disobedience and free enterprise. While the smoke is still clearing from what may be the final ‘March Against Monsanto‘ it appears that momentum favors the people.

Tipping points are historically difficult to pin-point or predict. They often manifest in the form of some event or conscious action that ignites the minds of the public in a moment of clarity. During that exact second and no sooner, a mass movement locks into a single idea, that once cemented in stone, will never die. We are at this point. The battle lines once obscured in the sand have now been illuminated with neon signs, doused with gasoline, and set ablaze in our collective DNA. We march into the future knowing only one thing for certain – there is no room here for genetically modified foods.

Years of brave activism and mobilized populations of unhappy mothers, disenfranchised farmers, and educated consumers have brought us to this point. Surging forward comes the real work with instant rewards. With the recent trend of alternative media merging with mainstream, such as Mike Adam’s Forensic Food Lab and the Food Babe’s army, it is clear that companies fear our voice and will instantly comply to the people’s wishes. How do we keep the heat on Monsanto when the company’s actions have demonstrated a plan to move forward at all costs? It is up to us to take the reigns and destroy their market share by voting with our dollars.

Your money is your megaphone, soapbox, and most important vote. This is a fact cemented in the pages of history in the form of empty political promises and arrogant corporate attitudes. We have been taught throughout life that change would require a struggle. Yet, regaining your right to be healthy, eat healthy, and live absent of the constant assault of weaponized food is perhaps the most energizing struggle in which to engage. The benefits reach far beyond the individual, resulting in a stronger community as a whole.

Most independent farmers these days struggle to make a living unless they are subsidized by companies such as Monsanto and Dow. This is why supporting the farmers that choose to go it alone, using organic methods and non-GMO seed is vital. Now is the time to learn who those individual and family farms are and support them. Every dollar in their pocket is one taken from the ‘GMO machine’.

Growing your own food is the best way to have complete confidence that it is non-GMO, organic, and free. These luxuries are slipping through the hands of everyone on this planet. For the non-gardeners, the monocropping technique is an excellent option. This is accomplished by forming a group of neighbors, each willing to grow one crop. In a neighborhood of ten participants, for example, there would be greater variety and more yield than any one individual could accomplish alone. In addition, you only have to specialize in learning to grow and harvest one type of plant.

We have won the hearts and minds of the people. While plowing through this tipping point, it’s important to keep circulating information via all social media platforms. When petitions become large enough, the right people listen. Since our wishes have continually fallen upon the deaf, unempathetic ears of Monsanto and the man who calls himself president, it’s time to start focusing on smaller targets. We have recently witnessed how individual companies and suppliers, such as Subway, Whole Foods, McDonald’s, and Jell-O, can quickly and easily be effected. The continued pressure put on them to remove GMO via social media, petitions, and emails will serve to disrupt profit margins, take over board meetings, and steer internal policy. In a beautiful twist of fate, those companies then join our sounding board pointed at companies like Monsanto.

Do you think Monsanto could ignore scores of large corporations terminating their business due to decreased profits from a simple social media campaign or collective movement to boycott GMO’s? Game over!