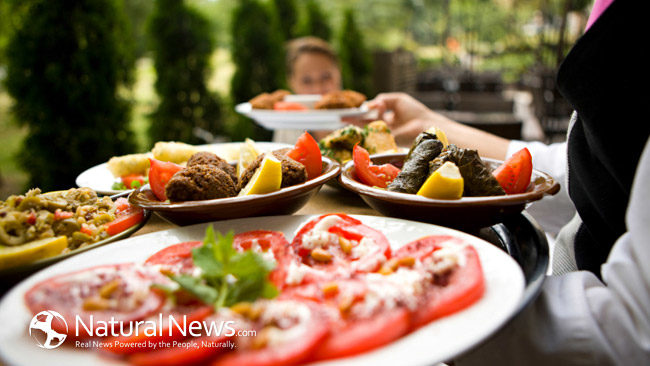 Michael suffered from depression since he was a child. Consistently plagued by negative feelings, he says “I wasn’t a happy person.” Love of and from his family kept him from taking drastic measures, yet the feelings persisted. “I always wished a big rock would come along and crush me and put me out of my misery.”

Adding to his depression was the pain from his knee inflammation, which resulted from the physical stress of being a hockey goalie. The combination of his depression and pain, Michael explains, led to low energy, nightmares on a regular basis, insomnia and at times, the inability to sit still for more than 10 minutes.

Then, his life changed for the better. He says that he started following the raw food teachings in Dr. Douglas Graham’s book, The 80/10/10 Diet (affiliate link). The premise of the diet is that foods consumed on a daily basis should be raw and comprised of 80% carbohydrates, 10% protein and 10% fat. The astonishing results? Within five days, his depression symptoms were gone. In only three days after beginning the diet, he says his inflammation went away. Now three years later, Michael still follows the 80-10-10 diet and says he remains free of his debilitating depression and pain.

In his book, Dr. Graham writes that his raw food diet has not only helped heal the sick, but sports enthusiasts like Michael as well. “I have watched former world-class athletes rejuvenate themselves to the degree that they are once again achieving ‘personal best’ performances. Truly, 80/10/10 is not only a ‘diet’ but a success formula.”

Michael couldn’t agree more, explaining how he feels better without his body taking in the chemicals and preservatives it used to. “Before, I wasn’t a happy person. I felt like not living.” He credits the 80/10/10 diet to putting his life on the right track, saying, “it comes down to feeling good.”

According to The Centers for Disease Control and Prevention (CDC), 1 in 10 adults living in the United States report feelings of depression which can lead to chronic health problems as well as decreased work productivity or absenteeism.

Sources for this article include:
www.youtube.com
www.everydiet.org
www.cdc.gov