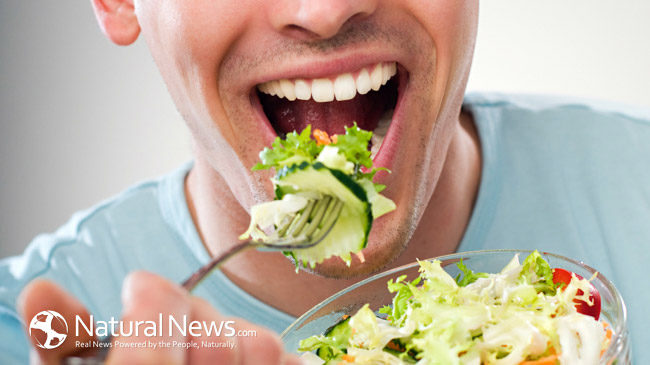 At 5-feet-8-inches and just one pound shy of a whopping 800 pounds, 16-year-old Justin Willoughby was told by doctors that if he didn’t lose weight, he’d die (1). Willoughby explains that his weight gain was due to an ongoing spiral of excessive eating that was often fueled by mismanaged emotions. In other words, the worse his anxiety, the more he ate.

He says, “I was addicted to food. I liked how it made me feel when I ate it. I got lost in it. It helped me manage all of my emotions (1).” He explains that many times, he’d eat several bowls of pasta in a row without hesitation, still craving more.

Today, Willoughby weighs approximately 235 pounds, lifts weights and has run a 5K. His before and after pictures wonderfully capture the essence of what determination can do in the way of achieving optimal health.

How one young man lost over 550 pounds

So, how did he drop an incredible 564 pounds?

Like many challenges, his extreme weight loss came slowly but surely. He explains that at first, it took him over one month just to walk one mile. However, he persisted and continued to engage in exercise and therapies that helped him drop weight and move with ease.

Just as important were the changes he made to his dietary lifestyle. Once living a life where he ate a great deal of pretzels, hot dogs and pasta, he says he instead enjoys natural foods and plenty of fruits and vegetables. He even began a year-long journey where he decided to not eat sweets and says that he’s doing well since he started that effort in January 2014. The foods he eats today are no longer high-sugar, high-fat options, or ones that involve processed meats.

“I still consume food,” he says, “but it doesn’t consume me.”

The problem of food addiction in society

The notion of food addition is certainly not unheard of. Studies have shown junk foods to have an effect on the body and brain that is similar to addictive drugs, ranging from everything to feelings of intense anticipation and the need for a “fix” to over-consumption and withdrawal symptoms (2). “It’s a one-two punch,” says Ashley Gearhardt, a Ph.D. candidate in psychology at Yale University. “First, you have a strong anticipation, but when you get what you are after, there’s less of an oomph than you expected, so you consume more in order to reach those expectations (2).”

Although Willoughby maintains that his issues weren’t so much a matter of consuming junk food than it was a matter of simply eating extremely large quantities of many foods – both healthy and not – the fact remained that his 799-pound body was in jeopardy.

Willoughby proved that with determination and choosing a healthy physical and dietary lifestyle, extreme weight loss is possible, no matter how challenging the journey may initially seem.