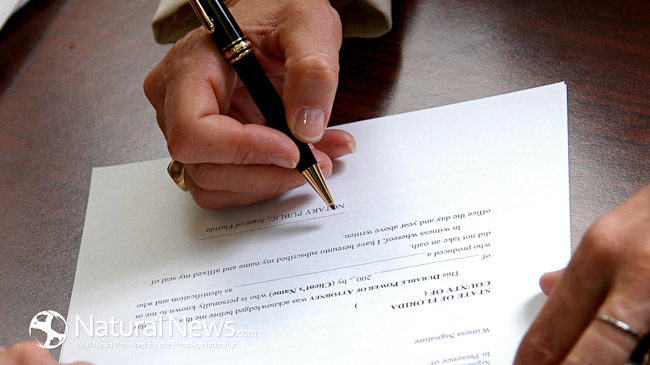 South Carolina’s legislature, in its effort to comply with the federal REAL ID Act standards tightening the security surrounding driver’s licenses, wisely included a provision allowing citizens to “opt out.” Those choosing to opt out won’t be able to fly or enter federal installations with their version of the driver’s license, but they also won’t be forced to turn over sensitive documents to a database that could potentially be hacked. Under this arrangement, each citizen is free to weigh the costs and benefits of participating in REAL ID and select the option that best fits his lifestyle and values. Sadly, the media refuses to share this good news with the public.

The relevant portion of the law itself states:

The mainstream media characteristically evinces a confirmed liberal bias—their journalists don’t like the idea of South Carolina’s citizens opting out of paradise. The media seeks the expansion of federal power ad infinitum. For liberals, one size—and one ID—fits all. As a result, the media designed its reporting on the passage of the law in South Carolina in a manner that hides the fact that people can opt out. They know the average person won’t dig very deeply into the issue, so the media has decided that if they don’t tell people about the option to decline to hold a REAL ID-compliant driver’s license, the choice effectively doesn’t exist.

While the media is united in its effort to cover up the ability of citizens to “opt out” of the REAL ID program, individual newspapers and TV stations have a variety of methods that they use to obfuscate inconvenient facts. Worse, this apparent diversity in approach across these media outlets helps further the media’s ruse, since it gives the illusion of competition even as consumers are ultimately herded toward the same end goal. Readers who happen to consult multiple sources will be left with the impression that there is no provision to opt out of REAL ID, or that there aren’t any good reasons to do so even if one could.

Some reporters take advantage of the “serial position effect,” which holds that humans only process and remember the first and last items in a series. Therefore, to de-emphasize the fact that citizens can keep (and renew) their non-REAL-ID-compliant license, this information ends up in one of the paragraphs deep in the middle of the article. Andy Shain’s FAQ at the Post and Courier slips in “Q.) Can I keep my regular license past the 2020 deadline? A.) Sure. But it cannot be used to fly or enter secured federal buildings and military bases, though you can still use a passport or military ID for that.”

The most blatant tactic the media uses is to simply omit the information altogether—due to space limitations, of course, or something. News Channel 6 WJBF ran a piece by Alesha Ray and Barclay Bishop titled “S.C. drivers soon to get a ‘real’ I.D.” consisting of only 76 words. This sparse article did have enough space, however, to use language that makes the issues in question appear as though they are “settled” and that the “new order of things” is immutable. The article simply advised drivers to “get an early start” signing up for the new cards.

If the information is included, then the next tactic some journalists take is to discuss it in such general terms that it becomes non-actionable. Jeff Wilkinson’s contribution to The State titled “REAL ID documentation can be submitted May 15” reads “the General Assembly passed the REAL ID law last month, with the stipulation that changing a current South Carolina license or ID to a REAL ID-compliant card is optional and voluntary.” To recognize that this phrasing means “it is possible to choose to never acquire a REAL ID compliant credential, even after one’s current license expires,” one would have to already know that information.

Another technique is to sprinkle terms like “mandatory” into the article to create the impression that there is no other option but to comply with the REAL ID Act, even if the article hints that opting out is possible. Kasie Strickland’s “REAL ID now available in SC” for the Sentinel Progress states “Gov. Henry McMaster signed a bill into law in April mandating the new licenses” [emphasis mine]. Strickland at least later adds “the process is entirely voluntary: no person is required to own an updated REAL ID.”

Other articles plant editorializing commentary designed to get the reader to feel that “we” have “moved on” from certain misgivings about the REAL ID Act, and that all the “hip” and “cool” people are getting the new, compliant licenses. WRDW TV 12 stated, under a “staff” byline, “The law, passed 100-3 in the House and 40-0 in the Senate, reverses a decade-old law…lawmakers decided looming deadlines that affect residents’ ability to work and travel mattered more than old arguments about federal overreach and privacy.” “Old arguments” can be timeless, but nevermind. Bull Burr over at Fox 24 Charleston went further down this path, showcasing a woman in line at the DMV office who said she was fine with the changes since “she didn’t have anything to hide.” Well, I’m sure that upstanding citizen won’t mind handing over all her social media account passwords to us so that we can all have a look, since she has nothing to hide.

Sometimes the media gets it right, though. Kudos to Fox Carolina‘s Dal Kalsi who came right out with, “Drivers whose current license or ID expires before REAL ID-compliant cards are available must renew as normal. Anyone who is not interested in getting a REAL ID-compliant card in the future, you do not need to take any action other than renewing your card as normal when it expires.” That “in the future” part is key for making folks understand that they can continue to opt-out even after their current license expires and they go to renew.

The elected representatives of the people of South Carolina tried their best, given our current political climate in these fallen times, to accommodate the concerns of all their constituents. The tricks perpetrated by the media mentioned above seek to thwart the relationship between voters and elected officials by filtering out information that the liberal elites find distasteful. These are the same media elite, by the way, that often drones on about the importance of “democracy.” Fortunately, the alternatives offered by grassroots activists via the blogosphere provide an essential counterweight to the sordid plans of the mainstream media. Keep reading alternative media for “the rest of the story.”

REAL ID documentation can be submitted May 15

ON YOUR SIDE: What you need to comply with the Real ID act in SC