How Love and 87 Days Changed my Life Forever. 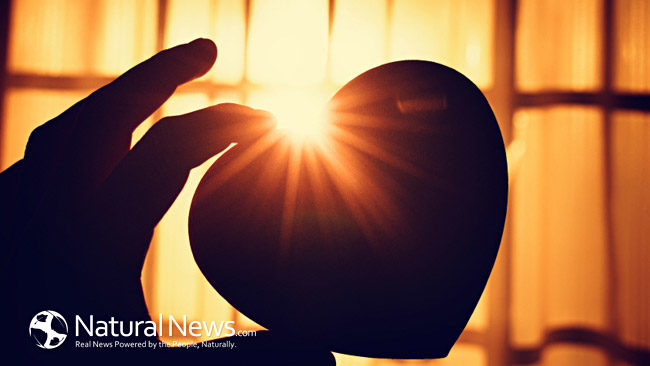 I used to think about death when I was younger. I am sure most of us do especially as the years begin to speed away and we get older. But, what I remember thinking more about was how it was going to be like when my parents passed away. Which would be first to go and how would it affect me?

There was no way I could have seen into the future to realize how all this was going to eventually play out. I didn’t know a lot of things about my mother and father that I have learned since their deaths. They were much more private than I knew. They had each other and they built a life as an inseparable pair of souls. I have since found out that my mother who was a prolific writer, started writing down her thoughts and feelings and writing poignant poetry as young as 11 and we have now found many such writings dating back almost 70 years. My goodness what an amazing and wonderful gift this lady left her family.

Through her writings we get to peek inside her life in an extremely private and personalized way. We get to experience her happiness when she shared her first kiss with my father when she was only 14. Her sadness and loneliness at 11 when her father died. How she was completely devastated and found refuge in the woods surrounding her Virginia home. A refuge where nature and quiet soothed her tears and fears of his not being there anymore. It is then that she found a kind of therapy in the words of poetry she began writing. She chronicled just about everything that happened in her life through writings and/or poetry.

I tried to honor my mother in an earlier blog when she died of a cancer that she did not allow her family to know about. She did not receive any treatment for her cancer and let it take its course in her body and life. We only found out about her cancer a few days before she passed away and in my earlier blog, I touch on how I believe she spared us much pain.

So the story goes on but does not end with her death. No in fact it was only the start of an amazing story of eternal love and the final event that has forever changed my life as well as the rest of my family. I am one of three sons that my mom and dad created out of their Love. It was just us five…..Mom and Dad and us three boys. We lived a fairly typical life as far as we knew. We had no reason to think any different. Yet my Mom and Dad and their story was much more than typical.

My mom was born in the beautiful hills around Wytheville, VA and in every way seemed to have a typical country upbringing. There were many chores to be done in keeping up a farm and homestead. It was hard and sacrifices were plenty. She was the youngest of the kids and in fact there was a good difference in the ages of the other brothers and sisters and her. She in fact was a gift brought about in the later years of my Pappaw and Memmaw lives. Her Dad doted after her and her after him. They spent time together in the woods and fields surrounding their humble farm where she learned of plants and roots and such and learned to respect and protect her surroundings.

But a sickness fell upon her Dad and at the young age of 11 she lost her father and her life changed forever. She no longer had the strong protective person that was always there for her. She felt an immense sense of emptiness and loss. It was shortly after that all of her brothers and sisters left and it was only her and her mother left. Times were hard for them both and at times they just didn’t know how to be close. It was no one’s fault for they both were dealing with what life had dealt them. Life….that did in fact go on whether it was hard or not it marched on and years passed.

When Mom was 14 she went across the mountains to a small coal mining town in West Virginia to spend summer with one of her brothers who had found work there. It was there early one morning right around daylight that she first laid eyes on a boy known as “Wild Bill” around town. She happened to be standing outside with her brother when she saw this boy running down the road putting on his jacket while he ran. As she kept watching this boy she wanted to know where he was heading out to at this early morning hour. Her brother just laughed and informed her that he wasn’t heading out he was just getting home. She was intrigued by this boy but she thought he was out of reach because he was 17 and she a mere 14. But wait a minute. The story continues because this boy started to notice her from a distance at first and began asking questions about her. Before the summer was over their first kiss and vows of love had taken place and a lifetime of Love was starting to bloom. A lifetime that was interrupted only one time. When after an argument my dad joined the Army and eventually went to war in Korea.

Oh the sadness that my mother endured again when her chosen Love left her and went to war. Like so many other women that suffered through the uncertainty of not knowing. All the while my Dad became a hero earning a Bronze Star with Valor and 2 Purple Hearts. He was in the highly Elite 27th Wolfhound Regiment as part of Easy Company. The Wolfhounds were an extremely highly effective “Fire Brigade” unit, one of only two such special units during the Korean War. He was under the command of Lewis Millet on Feb 7th, 1951 when Easy Company led an assault on hill 180. This assault was a bayonet attack against Chinese soldiers holding the hill and the bayonet assault was described by historian S.L.A. Marshall as “the most complete bayonet charge by American troops since Cold Harbor”. My father has been called the ultimate soldier by another soldier. This I have no doubt he was because he was “Wild Bill” after all.

It was during this time that another tragedy struck deep into my mother’s life. Her house burned to the ground and they lost everything they possessed except the clothes they were wearing. My mother was there as she watched the flames completely consume their whole life. It was during this same period that she was dealing with a separation that my Dad set in place by asking her not to write him anymore. This was not to last as he did come back to his senses and asked to see her when he made it out of the Hell called Korea. He did survive and he came and they married and that marriage survived 62 years and produced 3 sons and grands and great grands.

So what is this long family history lesson about? After the war and they married their love grew stronger and stronger. They were not complete when separated for any reason. The unity was only complete when they were within sight or touching distance. When my dad even went outside with his dog he always kissed mom and told her he loved her. He once said that he always kissed her and professed his love whenever he left her even for a few minutes because ”you never know when you might not make it back”.

So it was that when my mom went into the hospital for the last time that “Wild Bill” would be there by her side constantly. He would climb in bed with her and they would fall asleep holding hands. Day and night he stayed by her side and when things took a drastic turn for the worse, he knew what the end would be but he continued to talk of bringing her back home after she got better. We all knew that wasn’t to be and he did too but he always spoke of Hope. Finally the time came and we decided to let her go with dignity and he told her goodbye as we all did too. My dad was broken man but he tried to be strong.

My father lasted a mere 87 days from the day that Mom passed away. We found out that he was extremely sick with a rare cancer. A cancer that he was aware of but just like my mother he never told anyone in the family. He knew he had the cancer before my mother went into the hospital the last time but she wasn’t aware of it either. My dad had taken care of mom for 62 years with a Love that seemed to grow stronger and stronger each year. I am sure he did not pursue any treatment for this cancer because he needed to be there for her in the end. I could be wrong but I’m pretty sure I am correct. You see “Wild Bill” was tamed by this tiny woman he called “Bootsie”. In fact I believe after they kissed the only “Wild” thing about him was his devotion to her from that point on. I lost both of my parents within 87 days. A mere 87 days that changed my life forever. I will never have a Mom or Dad to visit again except at the beautiful and serene spot where they lay together now. Losing both of my parents is life changing. I am grateful that I had a secure and stable family life and I had parents for the many years I did. They were amazing and I could not have asked for a better childhood. I miss you both as do all of us but how can we be so selfish as to want to keep you apart. So here’s to you Mom and Dad…….still sharing a love that goes beyond this Life!!!!