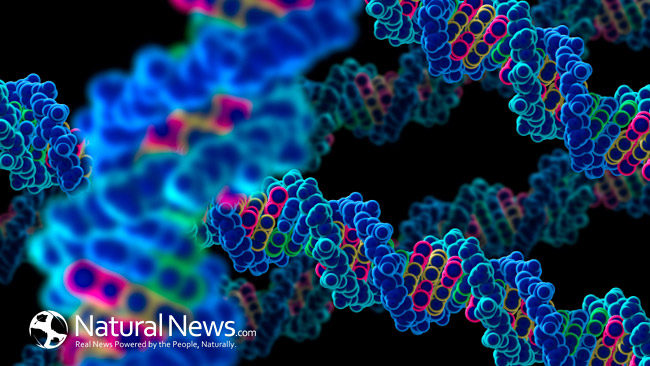 Scientists and many alternative health advocates and practitioners have long been interested in factors influencing telomere length in the body, and how it affects health and life expectancy.

Telomeres are caps that protect our chromosomes, consists of short segments of DNA at the  end of each strand of DNA. They affect gene expression and how our cells age.

Made of proteins, they have a vital role in keeping the end of the chromosome in stable condition and act as a buffer for wear and tear.

Each time cells divide, telomeres get shorter.  When their length becomes too short, the protection effects on chromosomes ceases, causing cells to malfunction and the body to age.

Short telomeres are implicated in the development of a broad range of age-related diseases, including many forms of cancer, obesity, stroke, osteoporosis, vascular dementia, diabetes type 2, and heart disease.

Telomeres are not only shortened by chronological aging, but also by obesity, stress, smoking, sedentary life, and poor diet. Telomere length is arguably the best marker of biological aging to date.

A small pilot study carried by scientists of the University of California at San Francisco found that subjects of intervention group who adhered to a program of comprehensive lifestyle changes, which include diet, activity, stress management, and social support experienced a significant increase in relative telomere length.

The more they adhered to the recommended lifestyle program, the longer their telomeres had become. On the other hand, subjects in the controlled group who not asked to change their lifestyle experienced shorter telomeres by 3 percents over the course of 5 years.

The diet used in the study consisted of whole foods, plant- based proteins, fruits, vegetables, and low in refined carbohydrates and fat. Some plant-based diet advocates highlight this research as proof that the diet is the healthiest due to its overall ‘alkaline based’ and high in antioxidants.

Perhaps they are not aware that other studies such involving Mediterranean diet, which consists of meat, rich in vegetables and olive oil was also found to increase telomere length as well!

A 2004 study found that telomeres of women exposed to the greatest stress by caring for chronically ill children were 10 years shorter compare to that of women experienced low stress. A recent study suggested that job-related stress is associated with the acceleration of the rate of  biological aging, which is determined as decreased length of telomeres.

A 2011 study demonstrated that women working part-time or were retired had longer telomeres. The result of the study suggests that telomeres may be able to recover from chronic stress.

Relaxation techniques have been shown to help. In a recent study of people who were highly stressed from caring for a loved one with dementia, calming yoga and meditation boosted telomerase activity by 43%

A less strenuous exercise and short-lived, also known as acute exercise found to upregulate telomere-associated genes, which is responsible for telomere maintenance, and regulates several types of microRNA expression. Both are believed as an important mechanistic link between physical activity, telomeres, and improved health.

A study showed a positive association between dietary antioxidants and longer telomeres.

Vegetables are known to contain various types of antioxidants, including carotenoids, bioflavonoids, and phytosterols, all of which known to have many beneficial physiological effects. A study demonstrated that vegetable intake is associated with longer telomeres and reduced risk of hypertension.

Shorter telomere length in participants taking SMFAs might due to their high alcohol consumption. In the result section of the article, authors stated ‘Participants with shorter TL tended to be white, older, and consumed more alcohol.’

In the body, ethanol from alcohol is converted to ethanal (acetyldehyde) in the body. Therefore, authors’ assumption of increased oxidative stress and inflammation could be one of the underlying causes linking SFA intake to TL is questionable. Saturated fat is inert, whereas ethanal is very reactive. So, it is ethanal that should be pointed out as the culprit!