Lithium in Drinking Water May Lead to Longer Life 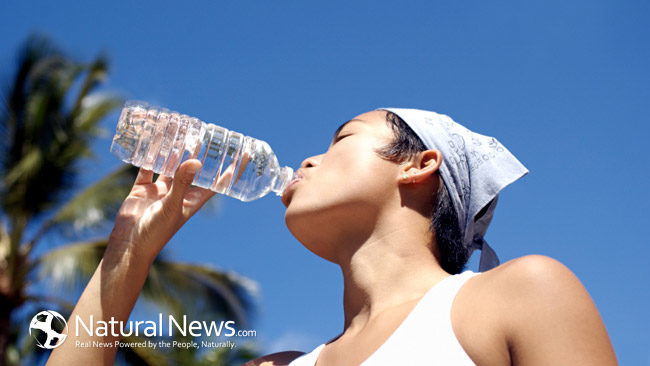 The amount of lithium in the drinking water varies from place to place on this planet. According to Japanese-German research that will be published soon in the European Journal of Nutrition, people live a little longer if their drinking water contains more lithium. It’s a shame 7UP no longer contains lithium.

Lithium is an essential trace element found mostly in drinking water and vegetables. However, nutritional intake of lithium varies considerably, depending on where you live.

Lithium is a light metal that is found in rocks of volcanic origin. Water that flows through these rocks therefore contains more of this element. As long ago as the nineteenth century there were already companies that bottled and sold this water. Scientists believed that the water had health benefits. It was thought that lithium could help fight infectious diseases such as malaria and soften the symptoms of gout.

In rats, a deficiency of lithium causes health problems such as behavioral abnormalities, but in humans, lithium deficiency is an unknown concept. On the other hand, there have been studies suggesting that  lithium intake, even at low doses, is inversely correlated with suicide risk. High-dose lithium has been used for decades to treat psychiatric conditions such as bipolar disorder.

Lithium may also have other life-extending properties besides reducing suicide risk. For example, roundworms have been shown to live up to 36% longer when given lithium chloride, but the amounts used are 1000-fold higher than would be obtainable through diet. Such a high dose may not be necessary, however. In a recent paper roundworms were shown to live longer when given a low concentration of lithium chloride throughout their life – with the effect being less pronounced than with high doses.

The inverse association between mortality and lithium in drinking water obviously does not prove that lithium reduces mortality in humans, but the roundworm experiments show that the idea is not so far-fetched. Although the mechanism is still unknown, I wonder if the mental health aspect has something to do with it.

Too bad there doesn’t appear to be any lithium in the tap water where I live, or at least they don’t report it. It is also available as a supplement, but some countries may have customs restrictions on some or all forms lithium.

In 1949 the Australian psychiatrist John Cade published studies that showed that lithium could be used to treat manias and stabilise bipolar disorders. Cade needed much higher concentrations of lithium to do this than were found in 7UP. But when Cade discovered that even higher concentrations were toxic, the manufacturer of 7UP removed lithium from its product.

Lithium worked so well, however, that Cade initially thought that bipolar disorders were caused by a shortage of lithium. This theory led to ‘nutri-criminological’ studies which revealed that in areas where the drinking water contained more lithium there were lower serious crime rates and fewer suicides.

Japanese researchers at Oita University and Hiroshima International University will soon publish a similar study. The Japanese measured the concentration of lithium in the drinking water in 18 districts and then calculated the standardised mortality ratio. This figure is arrived at by dividing actual mortality by expected mortality. The researchers corrected their figures for suicide. The more lithium the drinking water contained – the amount varied from 0.7 to 59 micrograms per litre – the lower the standardised mortality ratio.