Levaquin, Cipro and Why “You Hurt”. 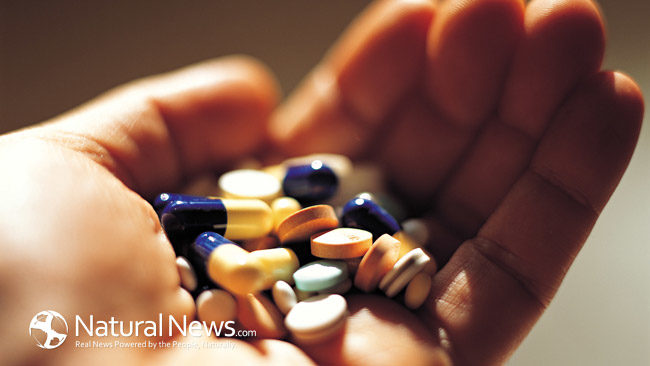 Fluoroquinolone….even the word strikes fear into the heart of anyone who has been stricken with the life changing and debilitating conditions left behind after a round of these synthetic antibiotics. How is it that an antibiotic can render us disabled or make our daily routine seem impossible over night? Most victims are perfectly healthy, fit, energetic and have never known disease. How could an antibiotic do this much mysterious damage on such a colossal scale? The answer is simpler than one might think. It comes down to 2 things, the gut and the cells.
Research is just realizing that the human gut is far more important than ever imagined. It is actually being called the “second brain” because of the huge impact it has on our brain function as well as neurological health and well being. Happy healthy gut, happy healthy life. Unhealthy gut flora including parasitic infestations and systemic candida fungus proliferation and we physically crumble.
Cellular function and health is the foundation for human life. Our health and well being depend on it.
Gut health and cellular function, after fluoroquinolones, I had neither. My flox story is long, nine years to be exact. My first round of Levaquin left me with severe angioedema from the cortisone/Advil cocktail that the doctor recommended for the swelling/rash of my face. He should have poured gasoline on me and lit me a cigarette.   Your friendly family doctor is more than likely making you sicker as well. The top reason being, most doctors do not even know that fluoroquinolones are bacteriocidal, thus a chemotherapeutic drug. Most doctors do not take the time to research every drug that they RX and go off information provided to them by Pharmaceutical drug sales people. They make their living peddling new drugs to doctors so they really talk it up.  Here is what doctors RX when a patient present complaining of symptoms of fluoroquinolone toxocity:

1) NSAIDS for pain- bad idea, NSAIDS have a tremendous impact on gut function including a package warning for GI bleeds. They also have a huge impact on candida proliferation.

2) Cortisone shots/Prednisone pills – these not only dramatically increase bad yast but also cause damage to the DNA as well.

3) Benzodiazepines and antianxiety meds- these are notorious for candida proliferation referred to as Benzo Belly and since fluoroquinolones dramaticalaly effect GABA levels, Benzo withdrawal after FQ’s has been likened to Heroin withdrawal.

So how did I get here? Blogging about something that doctors know nothing about?  I began as a member of the online FQ community and began peer counseling other victims. I honed my skills, learned just HOW and WHY we are damaged, listened carefully to other victims and studied anything and everything I could get my hands on related to fluoroquinolones. I learned a lot and I learned it fast. I also knew I would never stop doing this until I solved this horrific nightmare.
I ate the best food, I drank only the best water, I tried oral supplements only to have a severe reaction to each. I then realized that it all comes down to two things. The gut and cellular function. Gut function was responsible for almost every single symptom and poor gut function had a very serious role in how the cells function. READ THE SCIENCE HERE  Victims symptoms are varied but there are numerous consistencies and those consistencies are symptoms of systemic candida and fungus. Many have damage done from the long term systemic “gut gone wild” and unhealthy cell life, death and damaged cellular respiration. I forgot to mention the “BREAKS” in your DNA.  Yes, fluoroquinolones cause breaks in the strands of your DNA, thus preventing them from replicating properly.  Broken DNA makes us “feel” like we are broken       READ HOW DNA DAMAGE IS A RESULT OF FLUOROQUINOLONES HERE.   No energy? That’s the effect of unhealthy cells damaged by the drugs READ THE SCIENCE HERE .  Bad gut, bad cellular function, bad symptoms, eventual disease.
My mission……fix the gut with a transdermal solution. Oral ANYTHING and I went toxic and I was not alone. Many flox victims have severe food reactions as well as zero intolerance for any oral supplement. It has to go through the skin.

My life has been transformed over night by using a blend of essential oils specifically designed for gut function and cellular repair, regeneration and healthy apoptosis (cell life and death). I have resumed my normal healthy and fully functional life thanks to something that came from the earth. I was skeptical to say the least. I read medical journals and scientific publications “for fun” and how could something as simple as oils made from plants literally stop flox symptoms in less than a week? I had gut critters and I had them bad. I was sick for almost 9 years due to parasitic infestation and severe systemic candida and systeemic fungus.
My essential oils choice was the finest oils made on the planet. I could risk nothing, no fillers, no chemical residue, no room for error here.   I knew I needed cellular repair and to kill the yeast that had invaded every organ of my body, including the brain, the kidneys, the bladder and every crevice and cell. I had results with these 2 oils in 72 hours with normal bowel movements. I almost forgot what that was after 9 years. The pain stopped after nearly a decade of  24/7 continual suffering and sliding into the abyss of disease.  Every symptom (a VERY long and painful list) cured by fixing the gut and supporting healthy cellular renewal. I ran to my floxed friends. They did the same thing and before you knew it….I had many people getting well and using oils. Now they are helping fix others. It’s a very good thing.
So how did oils fix me? Simple, the oils are highly concentrated forms of plants taken from their indigenous regions. A specific blend of oils is designed to be anti-parasitic, anti-inflammatory, anti-spasmodic, anti-bacterial and antifungal and it does this beautifully with a blended concentration of Anise, Caraway, Coriander, Fennel, Ginger, Peppermint and Tarragon. This combo of oils is the “Flox Dream Team”, stopping all the horrible things that have developed in our damaged gut and systemically. Our damage has caused leaky gut so severe that the candida has left the gut and traveled systemically throughout our body, even our brains are effected, It’s known as “brain fog” and it really systemic candida that has seeped into the blood stream and made it’s way to the brain. The plant oils also deliver oxygen to every cell in our body which it desperately needs becuase of living in a prolongued state of anaerobic respiration.  Lactic acidosis as a result of severe leaky gut and is responsible for you feeling as if you are being chased by a tiger all day even though you could not get out of bed.  I could list 50 symptoms of systemic candida and DNA damage but since you are already here and reading this, I don’t need to. YOU ARE LIVING IT.
I have had complete success and reversal of all symptoms by using 2 all natural blends of plant extracts.  I will never be without it. It is my youth oil, giving me the energy of a much, much younger person. And officially, my flox is over.
Many people assume that the oils are consumed. They are not, they are used transdermally only.  Transdermal application allows the oils to travel to every single cell in the body via the blood stream. It gets in the nooks and crannies where the candida has traveled resolving every issue due to the systemic candida, including the brain alleviating brain fog and memory issues. Consuming the oils causes the oils to be degraded and digested, loosing their power even before they get to the place where they are needed the most. Consuming also will not get into the blood stream like transdermal.   “Skin is In” with these essential oils.
I swore I would never stop studying this until I found the answer as to why these drugs do to us what they do. I swore I would never leave victims behind if I ever became well. I swore I would solve this horrible puzzle even if I died doing it. Am I done now that I have put the puzzle together?   Not even close.
If you would like to learn about how other people are recovering and would like to join us on FaceBook, visit us HERE.
You are not crazy. You are not a hypochondriac. This is all very real. It is also reversible.  End the suffering.