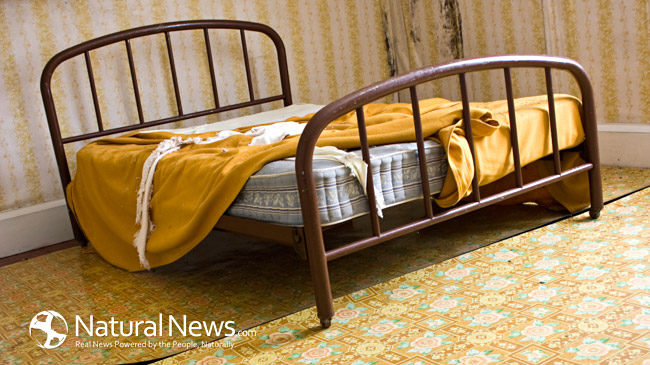 Sex. Now that I have your attention, Cipro and Levaquin cause sexual dysfunction.
It’s the dirty little secret that no one wants to talk about but it very real, it’s very prevalent and the victims report that the side effects vary from bothersome to downright excruciating. The mental effects of healthy sexual people being chemically castrated and sexually tortured by the damage done to the hormone, endocrine, central nervous system and pituitary gland reads like a horror novel. You may ask “Can it be that healthy sexually active people must shelve sex for months, years or even a life time, all because of an antibiotic? In one word, yes. Fluoroquinolones. It’s a very large price to pay for the treatment of a urinary tract, sinus or any other minor infection that could very well be treated with a standard antibiotic.
Sexual function is very simply part of being human. It’s the thing that draws us together as humans to reproduce. It’s the link in a happy marriage. It is how advertising gets us to buy liquor and cars and it’s just part of everyday life. Life without it would be pretty mundane. It’s also a direct result of the specialized chemistry of the brain. Certain drugs have sexual side effects, mainly drugs that effect the chemistry of the brain. Fluoroquinolones are well known for this as reported with very high numbers of victims experiencing psychosis, brain fog, memory issues, diminished cognitive abilities and hallucinations. These drugs cause problems in all areas of sexual function by blocking the action of three brain chemicals that relay signals between nerve cells: acetylcholine, serotonin and norepinephrine. Sexuality is a funny little dance, much like a Square Dance” with multiple partners involved. Sexual excitement involves the brain, the circulatory, hormonal, endocrine, sympathetic, central nervous, peripheral and musculoskeletal system. (Please see below for the TWO BLACK BOX WARNINGS these drugs carry) I know………it’s feeling like homework from Biology class right now……….just bear with me. When any one of these systems are damaged to any degree, there will be one “dancer” not participating in the Hoe Down. Take away the one and the remaining can try to dance but it’s just not that great of a performance for anyone involved. Now what happens to your “Square Dance”when you use a fluoroquinolone such as Levaquin, Cipro and Avelox ? You loose 2, 3 or 4 of the dancers, victims report that the dance is over. Chemical castration. Fluoroquinolone drugs affect all of the aforementioned systems of the human body due to the design of the drug. It is specifically designed to penetrate cells and damage the cells ability to reproduce. It does this to healthy DNA as well.
Men and women alike report diminished sex drive with such alarming frequency that it begs to be talked about. Men seem to have severely diminished testosterone levels as well as circulatory issues and diminished ejaculate. Women are split into two categories, those who have zero libido and those who live in an excruciating world of 24/7 perpetual sexual arousal with inability to achieve orgasm. Also, there are reports of women experiencing long extended periods of orgasm that last for hours (or days ) to the point of excruciating uncontrollable pain. It’s not remotely as much fun as it sounds and is far more tortuous than one can imagine. Women also experience severe burning of the vulva and genitals accompanied by extreme dryness. I myself as a victim experienced 3 weeks of uterine contractions post Levaquin. Not the occasional contraction, but 24/7, day in and day out labor contractions probable cause being pituitary gland malfunction. The musculoskeletal system pain caused by severe and disabling lactic acid build up in the muscles is enough to reject even the slightest touch. There is simply nothing left in the sexual side effect category. Fluoroquinolones cover every side effect possible.
I am sure you as the reader are wondering “How long does this go on?”. Well, that’s hard to say since very few people report this to their doctors and no one talks about it because they think they are the only one. The side effects are around as long as the damage is around and that cannot be calculated. Lets’ face it….in this SEX SELLS world of ours, no one wants to admit that they are on the side lines when it comes to human sexuality. It’s a brutal reality of these drugs. Victims are young and old. Men and women. Rich and poor alike. It devastates relationships and marriages like no other pharmaceutical drug. The divorce rate for fluoroquinolone toxicity is higher than for extramarital affairs leaving victims alone and physical, mentally and emotionally devastated.
Find help here: Fluoroquinolone Victims Advocacy Network – sign the petition for a BLACK BOX WARNING for peripheral neuropathy.
Read victims stories here https://www.facebook.com/pages/The-Fluoroquinolone-Wall-of-Pain/209182505773463
Support groups: https://www.facebook.com/groups/46690244194/
https://www.facebook.com/groups/191063714251094/
https://www.facebook.com/groups/261231253984443/
About me, the author. My name is Erin Wilson and I am an advocate and peer counselor for victims of fluoroquinolone toxicity. A two time victim of Levaquin, I have lived it and seen it all. I now counsel victims in recovery and make the public aware of the devastating effects of these drugs. If you have been harmed by Cipro, Levaquin or Avelox or any fluoroquinolone drugs, there is help. Please visit http://fluoroquinolonevictimsadvocacynetwork.webs.com/. There is support and help for recovery.
BLACK BOK WARNING peripheral neuropathy: http://www.fda.gov/Drugs/DrugSafety/ucm365050.htm BLACKBOXWARNINGHERE:http://www.fda.gov/drugs/drugsafety/postmarketdrugsafetyinformationforpatientsandproviders/ucm126085.htm