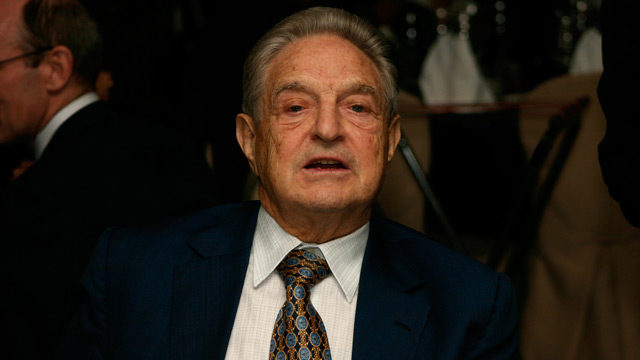 The Socialist-left throughout the world have been on a propaganda rampage ever since they lost the 2016 Presidential election in the United States. The lying mainstream media propaganda media outlets told the entire world throughout the 2016 U.S. Presidential campaigns that Donald Trump would NEVER defeat Hillary Clinton. In their sheer arrogance, the oligarchical political establishment elites in America were outright defeated in this election, and ever since the people of the world have been subject to a massive manipulative political propaganda program.

This is not to say there was no propaganda being used in American politics before the 2016 election, rather, it is the audacity of the lies being pushed which is unprecedented, as well as the number of Americans who believe such nonsense.

When it comes to propaganda being used in America, the Smith-Mundt Act must be broken down to illustrate the laws surrounding propaganda distribution by our news media. In 1948, following World War II, the United States government had witnessed the devastating effects of lying propaganda in Nazi Germany, and they decided to ban political propaganda being created/distributed by the government in America. The US Congress passed the Smith-Mundt Act of 1948, which effectively prohibited the U.S. Government from airing ANY political propaganda domestically.

Buried in the 2012 National Defense Authorization Act (NDAA) was a provision called the Smith-Mundt Modernization Act of 2012, and the moment Barrack Hussein signed this into law it became legal for the U.S. government to create and disseminate political propaganda domestically. If you go back and watch news coverage from 2010-2012 and then you begin watching news coverage in 2014…you will see a CLEAR difference in the political messaging coming over the airwaves. Suddenly, Cultural Marxist beliefs were being blasted over airwaves and throughout publications all throughout America…and the push towards the radical left ideology of Marxism had officially begun.

“The National Defense Authorization Act (NDAA) for Fiscal Year 2013 (Public Law 112-239) allows U.S. government officials to disseminate in the United States news and information programs produced by the government at taxpayers’ expense for audiences abroad. This change in the law, which earlier under the Smith-Mundt Act of 1948 prohibited U.S. government officials from actively distributing such material domestically, raises constitutional and civil liberties questions.” (SMITH-MUNDT – Confront Propaganda, 2018)

As a former U.S. Army Journalist, my job while deployed to Baghdad, Iraq, was to escort the civilian media around the country, make sure they survived and make sure they cover the stories their bureau sent them to cover. I personally remember dealing with mainstream media outlets, such as FoxNews, CNN, MSNBC, NBC, ABC, CBS, NY Times, LA Times, etc. I can say from personal experience…there has been a drastic change for the worse regarding the field of Journalism, and instead of Journalists, we are largely witnessing propaganda mercenaries who deceitfully write for chosen publications or broadcast on chosen channels.

Take the situation in Syria, for example, and how the “White-Helmets” have staged events in the past to obtain the United States as their personal Air Force and help them to bomb Bashir Al Assad. Recently, there was another chemical-attack in Syria, except this time the premise for the chemical attack makes absolutely zero strategic sense for Assad to conduct the attack himself. Yet, still the lying mainstream media propaganda outlets are pushing an unproven narrative that Assad is gassing his own people.

The White Helmets were busted for pushing a video they created of innocent victims being assisted out of bombed out buildings and rubble in Syria. These scenes were entirely staged, and footage exists showing the director of the film counting down before he called “ACTION!” However, even with this knowledge of deceitful operations carried out by the white helmets in order to gain themselves international support, oligarchical establishment politicians on the right and the left dismiss this as conspiracy theory, and instead they support bombing Syria off of the map. (Syria Sarin Gas Attack in 2016 was Staged – (Adl-Tabatabai, 2017))

“Speaking with EuroNews, Russia’s ambassador to the EU, Vladimir Chizov, said ‘Russian military specialists have visited this region, walked on those streets, entered those houses, talked to local doctors and visited the only functioning hospital in Douma, including its basement where reportedly the mountains of corpses pile up. There was not a single corpse and even not a single person who came in for treatment after the attack.’” (Durden, 2018)

George Soros is on record as having funded the White Helmets in the past, and Soros is the same Socialist-left billionaire funding many manipulative political events throughout American in an attempt to bring Socialism in as the dominant political ideology in America. (Adl-Tabatabai, George Soros Behind Chemical Weapons Attack In Syria, 2017)

Another separate manipulation operation was when recently, a caravan of illegal migrants left Honduras on a trek where they planned to go through Mexico and into the United States. George Soros was again behind this manipulative event, and the migrants received funding and support from an American-based political group called “People Without Borders.” For many years now, Soros has been running multiple Socialist organizations which call for the elimination of national borders…particularly in America. (List of organizations funded by George Soros – http://www.discoverthenetworks.org/viewSubCategory.asp?id=1237)

If the benefits of these open-borders policies were apparent to all of mankind, then George Soros would likely not have any issues passing his open borders movement along as legitimate. However, this is simply not the case, and everywhere this agenda of open-borders is pushed, the population begins to suffer not long after the policy is implemented.

Europe serves as a prime example of Socialist-left authoritarians lying to the public about their true intentions behind flooding the continent with military-aged militant jihadists. The Socialists throughout Europe claimed Western society needed to be more “inclusive” and accept the refugees coming out of the Middle East. Now, however, there is a far more massive terrorism problem throughout the Western-World than there had been before the refugee crisis. This was a manipulation operation guilted onto Western society, just as the White Helmets are in Syria.

These are small groups of virtue signaling crybabies who are more than willing to take George Soros’s money and advance his radical Socialist-left agenda.  No policy pushed by the Left has benefited any society in many years, rather they ALL designed to destroy capitalism and the American system.

Going back slightly further in recent history, we also see the “March for Our Lives” happening throughout America, which was a George Soros funded “March to have Constitutional-Rights taken from American citizens.” Each event held by these Socialist-left radicals here in America is an anti-America, anti-Trump, anti-Constitutional gathering of seditious traitors to the United States, but they give them virtuous names such as “March for Our Lives” so that millions of willfully ignorant Americans will hold signs calling for their own rights to be taken from them.

The sheer number of manipulative political events which have happened over the past 2 years is astonishing. These 3 events which I have mentioned in this article are of recent history, but these Socialist-left radicals have been carrying this out for years under the watchful eyes of Barrack Hussein’s White House and Hillary Clinton’s State Department. These people have been steering the world in a direction, however, it is far from the direction which your average human is even capable of comprehending.

It is no wonder this has been able to go so far, and these seditious leftists have been able to get away with so much. They were getting away with it for years. The depth of deception these radical Socialists are willing to go to has rarely been seen in human history.

The question which all this information should beg, is whether we as free-peoples of this Constitutional Republic are going to continue to allow all these manipulative political operations to continue to happen? The American people are the only population mass which can stop this charade at this point because Europe has largely already fallen to Socialist-left policies.

The final vestige of waking up to these tyrannous oligarchs throughout the world is right here in the United States, and thus far the American people are giving these Socialist-left tyrants a run for their money. As pointed out throughout this article, however, this is only causing these seditious radicals to intensify their manipulative political operations.

President Trump should highly consider re-enacting the Smith-Mundt Act, as well as have Attorney General Jeff Sessions appoint a special counsel to investigate these manipulative operations being carried out to deceive the population. The Smith-Mundt Act was specifically enacted in order to prevent the U.S. Government from being able to deceive its own population, and Barrack Hussein repealed this longstanding act for a specific reason as well. How could making it legal to LIE to the American people EVER be a good thing?