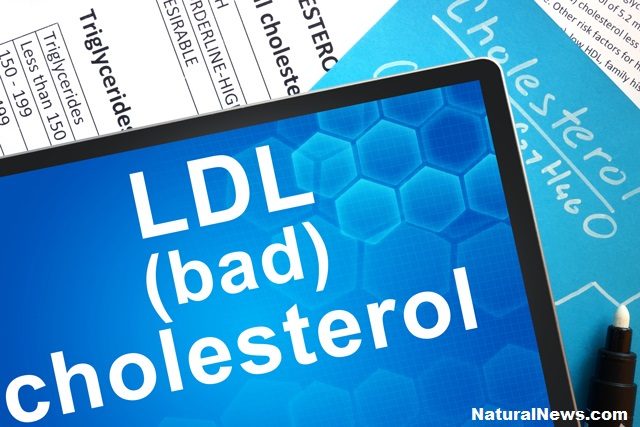 Many people today prefer to consume foods that contain less cholesterol such as lean meat, eating eggs by discarding the yolk or only taking a few eggs per week, and avoid eating seafood as they are believed to have high cholesterol levels. The main reason behind that is because we have been told that dietary cholesterol in foods raises blood cholesterol.

More recent evidence does not support the idea, which is based on a study performed on rabbits 50 years ago.

Cholesterol is an organic molecule, a fat-like substance that occurs naturally in our body and all other animals living on earth. It is a 27-carbon molecule that many scientists and general public view it as being harmful, to the contrary, it is essential for our body to function.

Being a steroid alcohol, it can be “free” or “esterified” which is its active form. It also can exist in its “esterified”, a storage form which is known a cholesterol ester.

Cholesterol contributes to the strength of the membrane structure of every single cell in our body. It plays a crucial role in strengthening lipid rafts that contain protein-based molecules such as receptors and ion channels.

It is a building block for the production of vitamin D and various steroid hormones (including reproductive hormones) and bile acids. It is a very little known fact that cholesterol and its derivatives, namely vitamin D, bile acids, and bilirubin act as antioxidants.

All this while, many people believe that dietary cholesterol would raise blood cholesterol levels. It’s only true for some people that are ‘high responders, which comprises about 25% of the population.

It’s also so true for diabetics, for instance, they are advised against taking eggs as elevated free radicals caused by high blood glucose (oxidative stress) leads to oxidative damage – meaning damage occurs at cellular levels to plasma and mitochondrial membrane. This condition causes blood cholesterol levels to rise because they are needed to repair both membranes.

The aforementioned arguments are typically ignored by many scientists, dieticians, allopathic doctors, and educators. Their ignorance is believed to stem from focusing too much on lectures and materials in their college-year textbooks. The truth is that the material they obtain from lectures and textbooks can be very out of date.

Our liver synthesizes about 20% of the made or synthesized cholesterol while the rest (80%) is synthesized by other cells in our body. This may be translated as only very few cells require a delivery of cholesterol because most of the cholesterol resides within our cell membranes.

Low-density lipoprotein (LDL) is responsible for carrying cholesterol particles throughout our body. It makes up 60–70% of total blood lipoproteins and often referred to as “bad” cholesterol because it has been linked to atherosclerosis, or the buildup of plaque in arteries. High LDL levels are associated with an increased risk of heart disease – the higher the level, the greater the risk.

There are different types of LDL categorized according to particle size, namely small LDL, dense LDL or large LDL. People who have mostly small LDL particles are found to be at a greater risk of developing heart disease than those with mostly large LDL particles.

Still, some scientists argue that the most important risk factor is not the size of LDL particles. It is the number that matters the most. This measurement is called LDL particle number, or LDL-P. In fact, the higher number of LDL particles one have, the greater his/her risk of developing heart disease. Some experts believe it is a much more accurate of cardiovascular disease risk than either LDL or total cholesterol levels.

Besides cholesterol, LDL also carry triglycerides, fat-soluble vitamins, and antioxidants. You may imagine LDL primary task is to deliver all those vital nutrients to cells and tissues of the body.

Several factors have been associated with elevated LDL-P, including insulin resistance, metabolic syndrome, poor thyroid function, infections, leaky gut, and genetic. Mechanism of each factor is not discussed here as it would make the article becomes very long.

In alternative medicine, well-trained practitioners would always focus on finding the underlying or root cause of the problem. After identifying, appropriate measures such as lifestyle changes are always used as the first line of treatment. In a case of leaky gut, for instance, clients are always advised to change their diet by avoiding foods believed to exacerbate the condition while at the same time take more foods thought to be beneficial in alleviating it.

If the clients experience chronic stress, they are advised to manage the stress diligently. Some herbs such as adaptogens and relaxants may also help to relieve the stress. Most of the time, proper lifestyle intervention makes medication unnecessary.

All the factors associated with elevated LDL-P are believed can be addressed by adopting proper lifestyle changes, except genetic.

Heart disease is a complex, multifactorial process, therefore, the likelihood of having a heart attack depends on numerous factors. This article does not suggest that LDL-P is the only risk factor that matters, or that other risk factors should not be taken into consideration.

Oxidized cholesterols and other oxidized lipids such as lipid peroxides, polycyclic aromatic hydrocarbons (PAHs) and aldehydes, all of which formed when vegetable oils are heated and carried by LDL are also believed to be possible causes of atherosclerosis. So, frequent consumption of deep fried foods especially fried using polyunsaturated fats might not be a good idea. Chronis stress, smoking, heavy drinking, and toxin overload due to poor diet, overeating, or poor detoxification are also believed to cause atherosclerosis.

Studies also found that polyunsaturated fats are easily oxidized to aldehydes even when heated below smoke point. Aldehydes are potent oxidizing agents, meaning they are able to oxidize any molecules including that in the cell membrane, ie., various ion channels (for instance, they cause damage to calcium channel, eventually may cause calcium to enter cells at higher levels, which results in atherosclerosis).