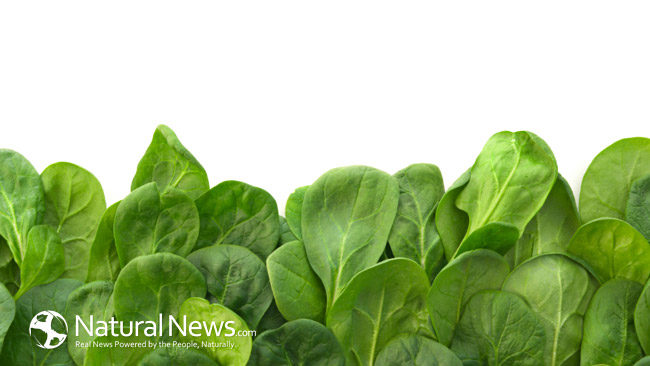 A new study by U.S. researchers found that eating two helpings of spinach every day improved cognitive abilities so much so that scientists say the brains of the study’s participants who ate the leafy green veggies were found to be 11 years younger than the brains of those who did not.

The news, which was first reported at a recent Experimental Biology conference in Boston, was all over the press at the end of March. But what was totally missed was something health advocates were quick to point in discussions related to the topic: Real food is always the best medicine.

Spinach’s powerful health effects were chalked up to its high levels of vitamin K, B vitamins and carotenoids. Other vegetables like cabbage, kale and collards were also cited as beneficial.

Of course, people can get these key nutrients in quality multivitamins and other supplements, but the fact is fresh, quality, organic, locally produced, unprocessed foods can be just as good and provide a more balanced approach to a healthy lifestyle than supplementing a poor diet.

Researchers are hopeful that their findings will be used to help older people suffering from Alzheimer’s Disease and age-related dementia.

Of course genetics play a significant factor in a person’s health as he ages, but the obvious point that needs to be stressed is that drinking and eating garbage all of one’s life will only speed up the aging process while putting real food in one’s body will help stave off obesity, diabetes and cardiovascular disease and keep a person in good health and feeling younger for years to come.

This is just one more reason to avoid ubiquitous fast foods and grocery-store-bought processed foods, which have become synonymous with SAD—the standard American diet.

Chris DePaulo is a staff writer for Rabble Magazine, focusing on health, nutrition, lifestyles and the environment. Visit my website for link to great companies that sell affordable vitamins, herbs, essential oils and other organic products.