Kratom Powder and What The FDA Got Wrong 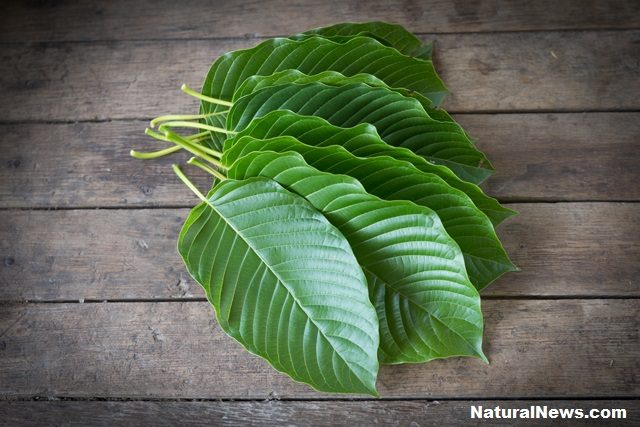 Have you heard of Kratom powder?

Kratom, also known for its scientific name, mitragyna speciosa has made a definite impact on the United States civilization as a whole.

If you’re still wondering what in the world I’m talking about, let me go into a little background detail before we get started.

Kratom is a plant from Southeast Asia, mostly grown in Thailand and Indonesia, which has medicinal properties through the use of its leaves.

Inside of this little leaf, when crushed, is an alkaloid called mitragynine. These alkaloids have been known to help with pain management, reduce stress, anxiety, depression, and other negative mental states, act as an energetic stimulant, and also has a lot more natural qualities like these.

You may have already heard about it on the news or through a friend. However, before you make any final judgements on it, you may want to do some research, or try it for yourself, rather than take someone else’s word for it.

Over the past 5 years, Kratom has slowly been demonized by our federal government, the FDA more than any. Pushing out propaganda pieces with tiny bits of truth to make it believable.

I want to talk about that today.

Why Is Kratom The Bad Guy?

In August of 2016, the FDA announced their plans to completely ban Kratom from the United States. People like me, who were consuming Kratom in a tea drink would be criminals.

To be honest, it felt like I had been kicked in the stomach.

Thankfully, the voices of over half a million people were heard all across the country and our government backed off and withdrew their ban.

Here’s my question to you…

Why is it when we go to a doctor’s office, or have to visit the hospital for some horrible reason, a chemical substance is thought better for our health rather than a natural plant which can do the same job?

Kratom is the fall guy for many in our government, but when you look at the facts, it’s not evil at all. In fact, it’s helping more and more people every day lead a good and healthy life.

In November of 2017 the FDA sat up and tried again by announcing another plan to place this plant on the Schedule I substance list.

Before I go on, I want to stop and say one thing.

The Kratom vendors and truck stop owners who became too cavalier with the selling of Kratom powder, are the reason the Kratom community is in this mess in the first place.

Accepting something from a warehouse you know nothing about can bring about a lot of problems.

Among the gripes the FDA has against Kratom, I must admit, I agree with one of them. Some Kratom can be tainted.

On April 3rd, 2018, the FDA released a statement recalling Kratom powder from Triangle Pharmanaturals from Las Vegas which contained salmonella. This company sold from a retail location out of Oregon and was given the opportunity to recall their product.

This proved the cowboy-like attitude of storefront owners and online vendors alike. They made a gamble, and it didn’t pay off. This gamble is one of the reasons the Kratom community is in this horrible situation.

Dear reader, if you have never consumed Kratom before I would ask you to hold off your judgement of this plant until you can find enough unbiased educational resources to successfully help you form an opinion.

Yes, Kratom had salmonella, but not every vendor who sells Kratom powder are as edgy as these gamblers. For the most part, trusted vendors and store owners who understand the importance of clean Kratom know how crucial it is to have their Kratom tested.

Never, under any circumstances purchase any type of Kratom where the seller cannot provide you with proof of their Kratom tests. They should be able to share ecoli, heavy metals, salmonella, and a lot of other important aspects of the test with you.

The vendors who are trusted have been know to throw away thousands of pounds of Kratom every year because it doesn’t meet their standards.

Yet we never hear about these guys.

Because no one is having trouble with consuming their Kratom.

What You Can Do

There are many opinions out there about Kratom and I want to challenge you to make your own assumption by reading real reviews from people who consistently use it. Once you do this, you can begin to see why outside sources get a little nervous when there is something which could help other than a little pill.

Lord knows there’s enough negative press about this plant, and, for the most part, the people I talk to about it are uneducated and ignorant about the facts.

In fact, there are several scientists and doctors who agree with me and thousands of others. Dr. Jack Henningfield’s 8-factor analysis proves Kratom is not what the FDA/DEA is claiming it is.

You can make a change right now for a plant which is disrupting our government.

It’s no surprise why our government wants to ban this plant and keep it away from us. Research has proven a synthetic patent on the active ingredients in Kratom which makes sense why they want to place this plant on the Schedule I list.

If this is going to be stopped, we’ve got to stop it at a family level, nay, an individual level. The decision to keep Kratom legal starts with you. Call your representatives and tell them to support any and all amendments to SITSA and SCREEN bills which are coming to Washington now.

If you are reading this and perhaps are running behind, simply call your representative and let them know to support the legalization of Kratom powder.

What The FDA Got Wrong

The assumption that this plant is dangerous is simply not true.

Is this a fear-mongering campaign against this plant in order to capitalize on future profits with pharmaceutical companies and our government? When one considers this option you can begin to understand why our government wants to ban this.

What are your thoughts? I would love to hear them in the comment section!

Freelance Writer at Kats Botanicals
Wade Harman is a professional freelance writer who uses natural herbs for healing. He is also an advocate for Kratom - a plant from Southeast Asia which has been getting a bad rap from the FDA/DEA. Wade has a passion to use his writing talent to educate and inform people about Kratom powder over at Kats Botanicals. Wade is also the co-founder of E and O Apparel a boutique that caters modest dresses for women.