Do You Know Your Leptin Levels? (And Why You Should If You Want to Prevent Breast Cancer) 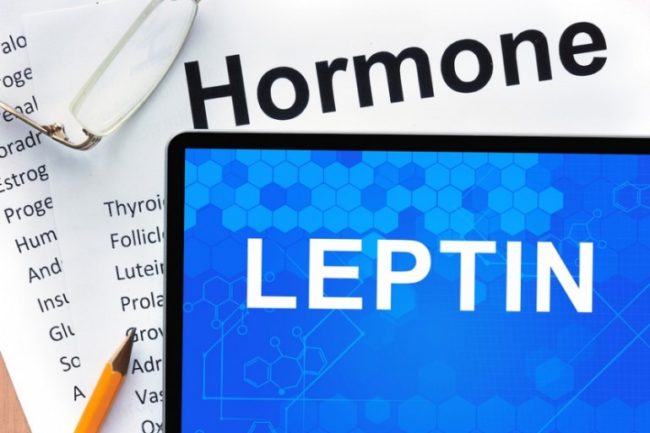 The issue of weight in our society can be a tricky one filled with mixed messages about body image, as well as scientific controversy. One thing seems clear, however. The link between obesity and higher risk of disease, including breast cancer, is real.

Yet research is just beginning to discover the internal mechanisms that “switch on” obesity. Much of the current research in this area has focused on two hormonal substances—leptin and ghrelin.

Leptin and Ghrelin are known as the “hunger hormones”  because they help regulate appetite. Leptin decreases appetite while ghrelin increases it.

Leptin and ghrelin are first and foremost weight stabilizers. When a person counts calories, the body may recognize that not enough energy input (in the form of food) is being generated to compensate for energy output. It will then produce more “appetite-signaling” hormones in an attempt to rebalance itself. This is why it can be so difficult to keep weight off!

In addition, when a person has significantly more white fat cells in their body, hormonal signals and perceived levels of satiety can get confused. As a result, many obese individuals become “leptin resistant.”

As you can see, this can be the beginning of a vicious cycle.

There is also a link between insulin resistance and leptin resistance. Of course, many obese individuals are not diabetics and there are many diabetics out there that are not obese. An increasing number have both, however- enough for researchers to want to figure out why.

In an interview with the Daily Mail, neuroendocrinology and childhood obesity expert Professor Robert Lustig of the University of California, San Francisco, expounds on his new theory which claims that insulin resistance actually triggers leptin resistance.

The culprits for the connection, according to Lustig, are simple carbohydrates, mostly in the form of sugary foods and white flour. He explains that the wide-spread insulin-resistance/leptin-resistance connection in our culture didn’t happen overnight. When the “low fat” dieting craze really took off a few decades ago, manufacturers began putting more sugar in low fat foods to make them palatable.

As a result, eating habits have changed overall. Even in the post low-fat era, sugar consumption continues to skyrocket. Today, Americans eat an average of 3 pounds of sugar per week, compared to two hundred years ago, when we ate 2 pounds per year!

“The obesity epidemic was born in the aftermath of this seemingly logical and well-meaning, yet tragically flawed understanding of our biochemistry,” Lustig said in the interview.

Obesity has been linked to higher rates of breast cancer as well as higher rates of endometrial, colon, kidney, gallbladder, and liver cancer, according to the Centers for Disease Control (CDC). A recent meta-analysis conducted by Chinese researchers also concluded that leptin levels play such a a role in breast cancer development that they have the  “potential for development as a diagnostic tool.”

Another 2013 meta-analysis which evaluated published literature from the National Institutes of Health as well as the Chinese National Knowledge Infrastructure Database found that overall the “mean serum leptin level” of those who had breast cancer was “significantly higher than that of control groups.”

5 Things You Can Do to Help Your Hunger Hormones

#1 Cut the sugar. The evidence is clear: excess sugar leads to disease in many ways, including increasing leptin levels. Sugar doesn’t just come in candy bars, though. Many packaged foods, such as salad dressings and ketchup, also contain sugar. In addition, commercial breads, pastas, and white rice can convert quickly into glucose in the body.

#2 Move your body every day.  A brisk walk, a gentle swim, some light stretching—these can all be ways you can start to move your body more every day. Some research also shows that daily exercise can rebalance leptin signaling by converting white fat cells into brown fat cells.

#4 Get your D levels checked! A 2014 University of South Florida College of Medicine report found that vitamin D can rebalance leptin stimulation and this may help to inhibit cancer tumors. According to the American Association for Cancer Research, when vitamin D levels reach 50 ng/ml, breast cancer cases can be reduced by as much as 83%. Get your vitamin D levels checked and then take action if you need to through getting some sunshine every day and taking quality D3/ K2 supplements.

By sticking to some fundamental guidelines and reflecting on what feels good for you regarding both movement and eating, you can be on your way towards a weight that is just right for you– and have more vital energy and overall health to boot!