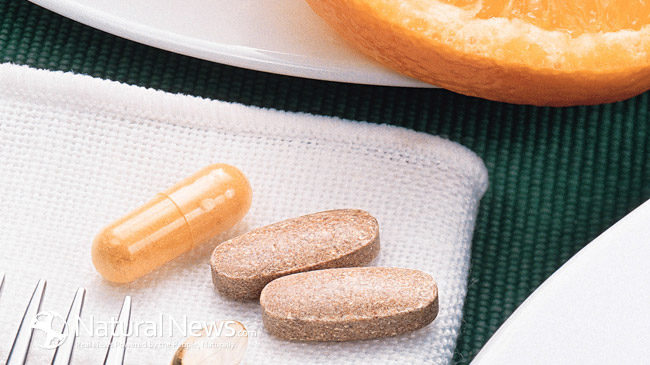 In the first part of Ethan’s story I shared the discovery of how his cravings for certain things were the tip off his body needed certain vitamins and minerals. The initial discovery revealed he needed high doses of vitamin C and also potassium, magnesium and calcium. Making notes and observing how Ethan ate and what he craved, I was able to come up with a nutritional protocol for him that eventually led to good healthy weight gain, building muscle mass and possibly new bone growth where the tumor had been. New bone growth where cancer had destroyed it? Read on….

While researching the first goal was to help Ethan keep down food. I searched for things he could drink at first that would settle the stomach and calm his body from the chemical assault taking place. Ethan likes tea so I started there. There is some scientific data emerging that Papaya Leaf assists in keep the platelet counts up. Chemotherapy dashes the platelet counts and Ethan needed to maintain a strong immune system. Knowing that Ethan’s initial food cravings called for Vitamin C using dried rose hips was a natural choice. Aromas also are important to a sick body and in effect you want the body to remain calm and stress free. I ended up creating a custom tea blend for him consisting of equal parts of dried papaya leaf, rose hips, chamomile, then added just enough dried mint leaves to make the tea smell good. Mint is a good aromatherapy as well. He would drink this tea several times a day at the first, and then afterwards only when his counts were down or he was feeling nauseous or couldn’t sleep.

The chemotherapy drugs cause so many issues like constipation, low hemoglobin counts, platelet counts and on and on. At about the middle of his treatments when getting his regular lab blood counts, the lab report showed Hypophosphatemia or low phosphate count.  Similar to calcium, phosphate is found in the bones and teeth. Vitamin D is needed for the body to absorb phosphate or phosphorus. His count was so low the doctors wanted to prescribe a phosphorus pill to up his count. What should have been prescribed was higher doses of Vitamin D.

However, being already familiar with what they watched for in the lab results and already seeing good results from adding nutrient dense foods and following Ethan’s cravings, I suggested we first follow a natural organic way to up his count. I had earned the respect and trust of the doctor team and nurses so they agreed to try my way for 10 days. Ethan was scheduled to be back for his next cancer treatment in 10 days.

Cheeses and yogurt have good amounts of phosphorus and calcium. Because I make our own plain yogurt it was decided that he would eat all he wanted! Ethan loves yogurt. At this time in his treatment, I had also begun supplementing his diet with various vitamin supplements like 400IU’s daily of Vitamin D. Two weeks later when the lab results came in not only had his phosphate level gone up but it was a bit too high! So we just scaled back how much yogurt and cheese he ate daily. The doctors were impressed. I was impressed! lol

So the question comes … at what point do you know the body is doing fine? Here is my answer: First as Ethan’s cravings were strong I made available to him all he desired to eat of that particular food or foods plus focus in those vitamins or minerals needed like upping Vitamin C for example. When the cravings subsided Ethan would then just eat like normal but when those cravings kicked in, that is when I and the doctors would look into those blood counts and the vitamins or minerals or both his body was telling us it needed. Sometimes the counts won’t reveal anything so you have to trust the body is warning of an issue by the cravings. Many times this is exactly what happened. Like an advance warning system.

For us, there was no other route to get Ethan better. As much as i hated the chemotherapy and radiation route, because of the advanced state of that tumor we had no choice, so I set out to make the doctors my friends and we worked as a team. I firmly believe that we need both alternative medicine and conventional medicine to work together. My view is alternative or natural medicine is to be used as preventative first but if like in Ethan’s case you need to rely on conventional or allopathic then i urge you to befriend those doctors and nurses. Takes a little time but they cannot deny the end results. One of Ethan’s doctors even admitted that they are not trained in the area of nutrition to any extent but clearly they needed to be. Refreshing to hear that!

In the first part of this post i mentioned bone growth where cancer had decimated the bone. In researching that year learning so much but also discovering the reasons for so many health issues today. A big reason for so much sickness is a suppressed immune system. Our bodies are amazing and can with good food and supplements when necessary can keep that delicate balance of health rebuffing most diseases and illnesses. Back in the early parts of the last century when food was starting to be commercially preserved or processed, there was a serious outbreak of Pellagra. A terrible disease simply brought about by lack of niacin. The scientists discovered that the over processing of corn and whole grains had effectively stripped away all the nutrients especially Niacin. That is why today you see ‘enriched with’… on packages of flours etc. Sad they didn’t learn to keep nutrition intact but instead continue to strip these foods down to nothing then add synthetic vitamins and minerals back in. Go research this for yourself!

Niacin one of the B vitamins and an essential nutrient found in whole corn and whole grains also boosts the immune system AND promotes healthy bone growth as well as healthy skin etc. When researching these things i must caution everyone that you need more than just one or two vitamins or minerals. The diet must be as balanced as possible but it isn’t always possible to eat all your body needs in this day and age. There are no magic vitamins or pills however, if you can listen to what the body is craving, research what is in the foods and/or spices that is being craved you will get a very very good look into what the body is saying it needs to get well.

It took about 3 months into Ethan’s treatments before I was able to design a specific protocol for him. Here is what Ethan took in the area of supplements and still takes today.

Now when Ethan seems to be feeling a bit ill like a cold perhaps or something, I increase his Vitamin C by 1 gram daily until he starts feeling like he is getting diarrhea. That is the  point where your body says enough. Then i scale back when the health issue goes away to where he is back to the 6grams a day.  Another thing i include in my whole family health  is juicing a blend of fresh fruits and veggies, raw whole fruits and veggies, whole grains (like the mixes i created) lean meat and fish when available and of course lots and lots of fresh water! As for gluten free today Ethan is half and half on that. He can now tolerate gluten but we still are mostly i would say 80 percent gluten free. Getting rid of over processed foods is the big thing over all.

Now 6 months after Ethan’s chemo and radiation stopped and his followup of MRI and PET scans plus blood work, something amazing happened. We were told that the radiation and the tumor had decimated his hip so badly and that at the hip where the body produces new growth ie. the legs growing, Ethan was to expect his right hip and leg to not keep up with the left leg. Basically we were told to expect when he became an adult he would most likely need a hip replacement. To expect him to begin walking wonky, limping and to avoid any high impact sports or any sports that would or may cause him to fall on that hip fracturing what remained which was only a shell.

But! the scans came back revealing something no one expected. Possible new bone growth in the hip where the tumor had been! Not scar tissue but what appeared to be bone growth! And to top it off, Ethan’s leg and hip are keeping up with the other leg, he does not limp or walk wonky and is able to run, jump, climb etc. how crazy is that??

Ethan is scheduled for his next scans in the next few weeks and we are hopeful that what was seen in the last scans was not an anomaly but in fact bone growth!! So stay tuned.

If anyone has any questions or would like to learn more about the discoveries made with nutrition and Ethan’s recovery feel free to contact me.

Until next time! Blessings

I have been nicknamed Mom on a Mission. Mother of 5, one hubby, 5 cats, 1 dog, 36 chickens
My mission has been of nutrition, beating childhood cancer and going gluten free. My now 14 year old son was diagnosed with Ewing's Sarcoma of the right hip in 2011. It was during this difficult time and using various suppliments and gluten free foods our son is now in remission.
Because of this remarkable recovery I started Versameal LLC having created the first ever 100% whole grain naturally gluten free baking and bread mix without the use of starches, gums or chemicals such as mythylcellulose.