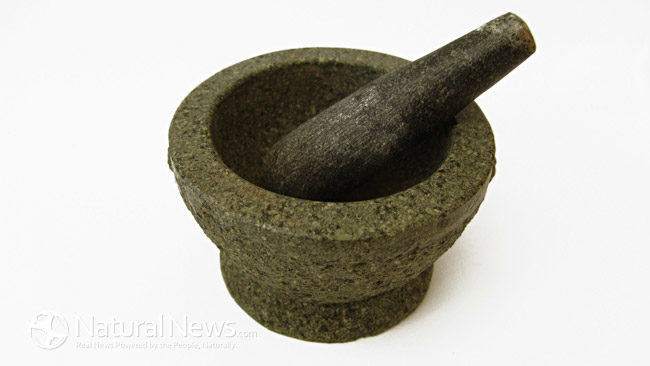 Both kava and kratom have a growing reputation as helpful in self-treatment of anxiety, insomnia, PTSD, and addiction. At the same time, concerns have been raised about the healthfulness of both herbs. This blog will try to separate the truth from the propaganda that seems to be trying to discourage the use of these healthy competitors.

Kava and kratom have many of the same problems, essentially coming from the same source. They are both inexpensive and very effective herbs that are being used to solve expensive medical issues — and they do this better than their pharmaceutical competition.

The pharmaceutical business doesn’t like competition. After all, they have paid big money (commonly said to be $600 Million dollars to research, produce, and market each new drug), so they don’t like losing market share to a cheap plant, even one with 1000 years of proven success.

Big Pharma’s solution? They use their money, the Media, their lobbyists, and their political connections to cause doubts about the safety of both herbs. They might even like to ban kava and kratom.

They don’t seem to be as threatened by kava as they are by kratom, which is cutting into the sales of painkillers, antidepressants, muscle relaxers, and anxiolytics. But when the two herbs are sold together — as in South Florida’s ubiquitous kava bars — they make an appealing target for their competitors in the trendy addiction recovery industry.

Kava and kratom have both had a lot of scientific study, but in looking through the abstracts of research studies, I find little effort to discern much that is good about either of them. For instance, I see no studies about the long-term abstinence from opioids, once former addicts kick their habits with the help of kratom. This should be front-page news…but it isn’t.

Part of the reason is that most studies are either directly funded by the pharmaceutical industry or by federal agencies who work in close partnership with Big Pharma.

There is no researcher looking for the answer to how do the natives of the South Pacific survive all the kava they drink? They must be doing something different than the northern Europeans who suffered liver damage purportedly from kava.

Of course, this is a very unscientific way to demonstrate that kava may not be as bad as it is made out to be, but it does give us a snapshot of the health in a couple of nations where kava is regularly consumed.

If kava is reputedly so bad for the liver — and kava is the Fijian national beverage — then why doesn’t their death rate from liver cancer and liver disease reflect this? A small part of it is genetic. The natives of Fiji may have, over millennia, developed a better capacity to process the kavalactones contained in kava than have Europeans, who have only recently been exposed to kava.

One report found that a key liver enzyme used by our body to process kava is missing in 7-9% of northern Europeans and their descendants. It is absent in only 2% of Fijians.

But then, we in the United States, have developed a familiarity with liquor through centuries of use. Perhaps we should look at the damage done by all the synthetic OTC drugs like the painkiller acetaminophen (Tylenol) and artificial sweeteners to find more reasons why Americans suffer higher cancer rates in general and liver cancer and liver disease, in particular, compared to Fiji and Tonga natives.

Acetaminophen Kills Even Though It Is FDA-Approved

“There were an estimated 56,000 emergency room visits, 26,000 hospitalizations, and 458 deaths related to acetaminophen-associated overdoses per year during the 1990-1998 period.” Source: FDA

Part of the problem with kava is caused by collectors and processors using parts of the plant which, contrary to traditional use, contain unhealthy elements. Perhaps this was done out of ignorance, but it may also be caused by the desire to extract more profit by using more of the plant. The natives of these islands know that only the lateral root should be used in making kava. Knowledgeable importers work with only the ethical harvesters who provide them with what the natives use — clean and free of mold.

The natives of Fiji and other islands of the South Pacific have learned from thousands of years of trial and error the best way to harvest kava — they have made that a tradition — and that’s what they do to produce the good results they prize from this herb. They drink a lot of it, too!

Either way, it is always a wise practice to buy from those who source their kava from conscientious harvesters and processors who know what they’re doing and are meticulous about producing a healthy product. (I am friends with the owners of three kava bars and I’ve heard of no problems related to liver toxicity among them or their customers.)

Everywhere we turn,we need to be deciding, “Is this information I can trust? Or, is it paid for or done as a favor to make Big Pharma look better than the traditional herbal products that have worked well for centuries?”

Members of the kratom community should be well-aware of this by now.

For years, we have been watching “special reports” on TV, done by so-called “investigative journalists”, who basically trot in all the local doctors and drug addiction rehab professionals to tell us that kratom is BAD, BAD, BAD. But, what did we expect them to say — they make their money doing a lousy job of helping drug addicts get clean, only to relapse within a year!

These Special Reports are too kind to the drug rehab professionals to ever mention their poor rate of “curing” people of their addiction with mumbo-jumbo 12-Step programs or by switching them to even MORE addictive drugs, such as suboxone and methadone. Big success that is!

No, they blame the victim, who trustingly accepted their doctor’s recommendation that OxyContin or hydrocodone was safe (when taken as prescribed), only to find out that — for many compliant patients — these drugs are inherently addictive because their ability to relieve pain quickly diminishes, requiring ever-increasing doses just to fight the hyperalgesia.

Perhaps the reason that kava and kratom — and the Kava Bars that sell them both — get such a bad rap from the pharmaceutical/medical/recovery cartel is that they take away the need for expensive and underperforming therapies provided by the drug rehab pro’s.

Nothing makes a drug rehab clinic owner so mad as seeing his potential clients lined up waiting for the kava bar to open. They would like nothing better than to get the county or state lawmakers to punish those who self-treat opioid addiction with kava and kratom. So far, they haven’t succeeded and I don’t believe they will.

Lawmakers like to tell us that this is a free country, so perhaps they should stay out of this commercial dispute and let the free market decide which treatments work best for the individual.

Neither kava nor kratom are causing significant health or public safety issues. Both are currently legal and helping many people with their anxiety, addiction recovery, PTSD, and depression — to name just a few.

It doesn’t seem right for lawmakers’ time to be wasted in a commercial dispute between an entrenched (but failing) rehab industry and a couple of herbs that allow the public to do-it-themselves, at their own expense, and in the comfort of their own home or a kava bar in an atmosphere of friendly camaraderie.

Kava and kratom are partners in rescuing Americans from the epidemic of addiction. They should be  applauded and not harassed by government agencies acting as enforcers for the rehab and pharmaceutical industry.

My point in all this information is to argue for the freedom of all adults to have access to herbs which are known to have a long history of safe use. If lawmakers must ban anything, why not ban pharmaceutical remedies that have not been used safely for a century or more and, which have been proven to kill people?

When in North Carolina, visit Krave Kava, for alcohol-free fun.

When you’re looking for some excellent kratom to go with your kava, choose OnlineKratom.com

More Evidence of the Safety & Efficacy of Kava

Kava: A Comprehensive Review of Safety, Efficacy, and Psychopharmacology