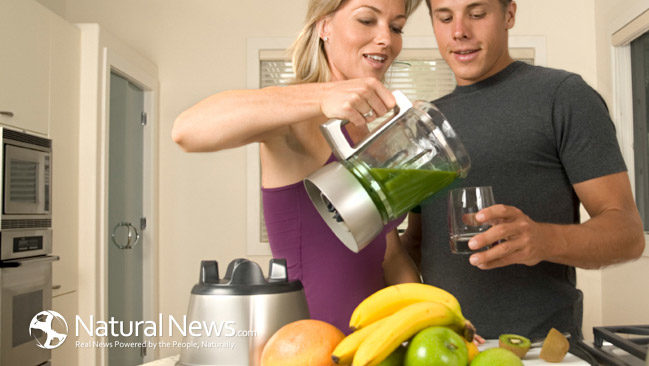 Juicing can be a controversial topic among the health-conscious.

Many advocate the dietary lifestyle, saying that it packs a nutritious punch. Such people maintain that juicing allows the body to detox and acquire nutrients it might otherwise lack. It’s wonderful for those who don’t feel they get enough of their fruits and veggies in the course of a day; putting a variety of these foods in a juicer makes it easier for individuals to meet their daily requirements.

On the other hand, some experts consider juicing a fad, and an unhealthy one at that.

Brandon Kolar, a personal trainer and nutritionist in Boston, MA, is one such person. Although Kolar says that juicing is a great way to obtain antioxidants and create a variety of tasty concoctions, he says that a person who juices a great deal is setting themselves up for a body that works less efficiently. Problems with muscle mass, metabolism and lack of fiber are his main issues when it comes to juicing.(1)

But tell that to Adam Harding-Jones, a 48-year-old England resident. He’d very likely beg to differ with Kolar’s opinion.

Juicing turned his life around and he’s forever thankful for the improvements it brought to his health. Specifically, Harding-Jones went from weighing a whopping 420 pounds to losing 140 pounds within a year, all due to a diet that consisted mainly of healthy juices. Motivated by the popular documentary, Fat, Sick And Nearly Dead, as well as his devastating kidney failure diagnosis, he turned to the dietary lifestyle and hasn’t looked back.(2)

“Over the last few years I felt horrendous and I felt older than I actually am,” he says. “But now I feel a lot younger. I am doing a lot of things I never thought I’d get to do. I feel brilliant and when I think back to how ill I was and how bad I felt, I just never want to go back.”(2)

Harding-Jones once wore a size 5XL shirt and ate two McDonald’s breakfasts daily. It’s no surprise that his waist grew to 56 unhealthy inches, causing his family members to worry about his junk food intake and overall health. Still, he continued on his path of eating kebobs before bedtime and consuming chocolate all throughout the day. Eventually, diabetes complications set in, as did issues with his kidneys.

“I knew I was on a slippery slope. My body was giving me a warning,” he says. “I felt permanently not very well. I had an impending doom.”(2)

However, that all changed when he watched Fat, Sick And Nearly Dead. He became so motivated to become healthier after seeing how junk foods can harm the body, that he immediately stopped his bad eating habits and started juicing fruits and vegetables.

Juicing, Weight Loss and a Love of Fitness

He’s not only down 140 pounds, but he’s a regular when it comes to various athletic events. He’s now a gym and cycling club member and has completed a Tough Mudder event. His most recent endeavor includes an upcoming 100-mile race in Wales as well as several half marathons.

Harding-Jones says that he enjoys a juice for breakfast and lunch. During teatime, he enjoys a fish and vegetable meal instead of the sausage and chips he used to enjoy.