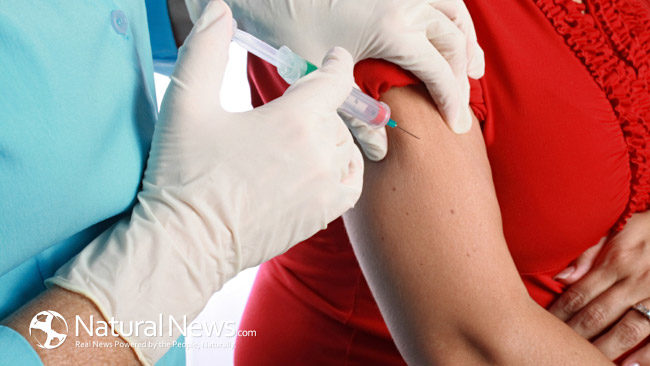 Flu vaccines are so commonplace now that most people do not even give them much thought: it is just one of the things that they do towards the end of the year, like Christmas cards or phone calls home. However, in spite of the flu vaccine being more common than ever, there is still controversy surrounding it, a controversy that may be stirred up even further by a scientist named Peter Doshi from the Johns Hopkins School of Medicine.

The Report
Doshi has published a report in the British Medical Journal (BMJ) that has raised many eyebrows both in the US and the UK. Doshi maintains that though public policy is geared towards encouraging greater numbers of people to be vaccinated, that these vaccines are both more expensive and less able to protect people from illness than the Center for Disease Control maintains. He also claims that the studies which the CDC uses to validate the need for flu vaccines are often low quality studies which do not effectively prove the usefulness of the shots.

The Campaign
The campaign for flu vaccination has been largely successful. Public policy throughout the United States is strongly geared towards getting as large a percentage of the population as possible to get their annual flu shot. The marketing for this has been aggressive, with public officials teaming up with drug companies to promote the vaccine as a healthy and safe means of preventing illness. There has also been a push towards making the flu vaccine accessible and convenient, so that now customers can get their shot at any one of a number of pharmacies or even at a local grocery store. In some facilities, mostly in healthcare, mandatory vaccination policies have been instated, making it necessary for people to get the shot if they want to keep their jobs.
The result? While twenty years ago, around 20 million doses of the vaccine were given, today that number rests around 135 million.

The Criticism
Part of Doshi’s criticism of these policies rests on his assertion that one of the main arguments that the CDC gives for vaccination is that having the flu can come with the risk of serious complications and even death. However, there has been little legitimate clinical studies to back this assertion up. In the one, randomized test that did occur (which is not nearly enough), a comparison of vaccinated and unvaccinated seniors found no difference in death rates. Also, the CDC itself acknowledges that any perceived difference in outcomes between the two groups could possibly be put down to the “healthy user effect” – in other worlds, healthier people do tend to get more vaccines than unhealthy ones, so they might be less likely to develop a serious complication anyways.

Doshi also points out that the flu shot is not always well-matched to the strains of flu that might be more prevalent from one season to the next. In other words, if a person is vaccinated against one strain of the flu, they are still vulnerable to developing the flu caused by another strain.

If you are concerned, talk to your doctor about whether or not the flu vaccine is truly right for you and if there are any natural or holistic alternatives.