Jet Boost Your Stamina and Endurance with Astaxanthin 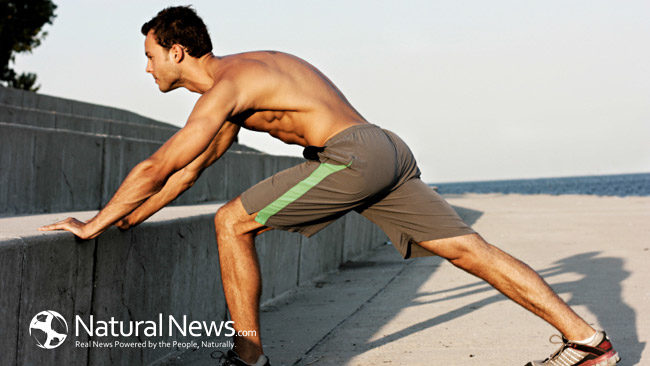 When it comes to stamina and endurance, we tend to only have so much.  Proper diet and exercise can help over time, but after a while the gains become a bit more marginal, unless you turn into an exercise nut.

Thankfully, there’s another way to increase your stamina and endurance naturally, not just a little, but significantly, by 30%, 40% or 50% or more in as little as two weeks.  How?  With astaxanthin.

Astaxanthin is a carotenoid found in only two sources—a microalgae called Haematococcus pluvialis and certain sea creatures like krill and salmon.  Unlike other supplements where the benefits might be a little more subtle, the effects of taking astaxanthin are very powerful.  If you take a good dose—a good rule of thumb is 5mg per kilogram of body weight—you’ll notice you can run for example for far longer than you otherwise could, without getting winded, by as much as 50%, and for some people more.

In fact, astaxanthin is such a critical dietary component for salmon that salmon that don’t consume any are unable to swim the incredibly long distances upstream they’re so well-known for.  You can get similar benefits from supplementing with it yourself.

The benefits don’t stop there.  Among other qualities, astaxathin is a potent antioxidant, with an ability to squelch free radicals at a rate 54 times better than beta-carotene and 65 times more than vitamin C, resulting in a slower pace of bodily aging.  It’s a natural internal sunscreen, by reducing the damage related to ultraviolet radiation damage.  It improves skin moisture levels and elasticity, and can reduce the appearance of spots and wrinkles.  Moreover, it supports eye health and reduces pain and inflammation, so much so in fact that it blocks COX 2 enzymes as well as Celebrex, a pain-relieving drug for arthritis, osteoarthritis, and severe pain.

From my own experience, I’ve found taking any less than 5mg per kilogram of body weight doesn’t really give me the noticeable change I always try to look for in supplements, and taking more than that doesn’t make a significant enough improvement to warrant taking more.  With that daily dosage, I have the strength to make exercise a relative breeze, to power through each workday without getting rundown, and extend the quality of intimacy I share with my significant other.

Just make sure the astaxanthin you use follows these three guidelines: one, it’s naturally-based, not synthetically-derived from processed petrochemicals; two, it comes from marine microalgae; and three, either the capsule contains some oil or you take it with a fat-containing meal, because astaxanthin is fat-soluble, not water-soluble.