Jenny McCarthy on the Vaccination-Autism Link: The Dangers, Plus How Dietary Changes Helped Her Son Recover 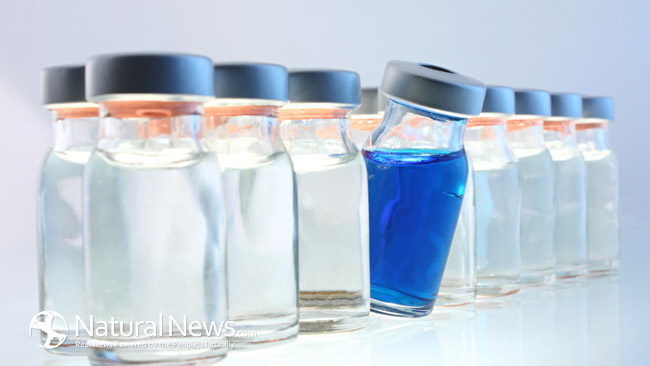 This time of year, reminders to get our flu shots are everywhere. Doctors talk about its importance, stores have signs encouraging it and the media reinforces the need.

Yet Michael T. Osterholm, director of the Center for Infectious Disease Research and Policy, says that the flu vaccination is not as effective as those in the public health sector may have lead you to believe.

“We have overpromoted and overhyped this vaccine,” says Dr. Osterholm. “It does not protect as promoted. It’s all a sales job: it’s all public relations.”

So engrained is this vaccination scheduling in our minds, that many parents also vaccinate their children at the recommended ages. However, celebrity Jenny McCarthy strongly advocates paying close attention to the dangerous, life-threatening outcomes vaccinations can produce. When her son Evan was vaccinated for MMR (immunization against mumps, measles and rubella), he soon experienced symptoms he never had prior to the vaccinations including seizures, constipation and severe bloat. Later, he was diagnosed with autism.

McCarty authored (and co-authored) several books on the topic.

McCarthy became involved with Generation Rescue and today, remains an autism advocate. “Without a doubt in my mind,” McCarthy says, “vaccinations triggered Evans autism.” When questioned during an interview as to why many in the medical community still encourage vaccinations, she answered simply, ” . . . because there is such a huge business in pharmaceuticals.” She adds that “. . . they need to wake up and stop hurting our kids . . . we deserve safe shots.”

She began detoxing Evan’s body from metals (noting she did not use chelation therapy). She also omitted wheat and dairy from his diet and noticed a vast improvement in eye contact and communication. “He was saying about two words per sentence, like ‘Juice, Mama,’ and he went to ‘I want juice, Mama,’ which is huge in our community,” says McCarthy.

Additionally, she began giving him some cod liver oil and soon noticed stimming (often excessive hand waving/flapping and looking at objects from the corner of eyes) lessened significantly.

Others Make the Case Against Vaccinations

McCarthy is not alone. Debra Barnes, who runs a successful chiropractic practice, says she would leave their home state of Mississippi “in a heartbeat” if health officials tried to force immunizations on her children. Currently, she opts to home school her children, mainly to avoid what she feels are dangerous, mandated immunization embraced by the government. Like McCarthy, she believes immunizations can weaken immune systems and cause autism.

Another woman, Desiree Jennings, warns against vaccinations. In her case, this is not about children, but herself. At age 26, the Washington Redskins cheerleader ambassador was an avid runner who was training for a half-marathon. But 10 days after getting her flu shot, she says her life went downhill. She was diagnosed with dystonia and today, she can barely walk, talk or eat. The FDA recognizes that severe reactions like this can occur with a flu shot, although it is very rare. For Jennings’ full story, watch the video below:

Harmful Ingredients in Vaccines on the Market Today

Some ingredients in vaccines today are extremely dangerous. Here’s a partial list:

McCarthy notes that in some states, autism has increased 97 percent in four years. Those numbers are tremendous and she says, “I don’t know what number it’s going to take for people to wake up and start really listening to what these parents are saying, which is, ‘We vaccinated our baby and something happened.’ And when I say ‘something,’ I mean a behavior, a trigger. Something different happened to our children, which then led to autism.”