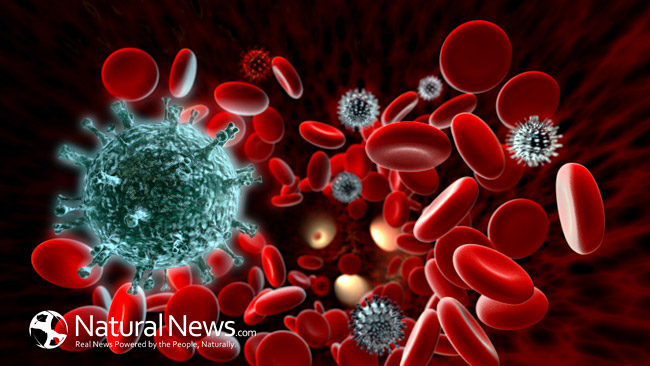 Zika virus isn’t showing signs of slowing down, and although it’s widespread, little is known about all its effects on human organism. At first; it was assumed that microcephaly was the most severe consequence of Zika, but new studies keep emerging, and they show that the virus has a multitude of implications. For example, there’s solid evidence that zika is also linked to some brain diseases. In order to find out more about this subject and consequences associated with the virus, keep reading this article.

Zika virus has been detected for the first time in 1947 in Africa. It is transmitted by Aedes mosquitoes which also carry yellow fever, chikungunya fever, and dengue fever. The cure hasn’t been found yet. The virus is not easy to diagnose. According to a report in the Clinical Microbiology Reviews symptoms of this disease can be very similar to other conditions so doctors may have trouble finding out the real cause. Zika affects our brain functions, and a lot of scientists believe that it might be connected to multiple brain disorders.

The main problem is that people can’t differentiate these mosquitoes from regular mosquitoes or they don’t protect themselves from mosquitos adequately. In zika-affected areas, people can catch the virus and spread it to someone else. The virus can also be spread through sex from an infected partner to another. Another shocking fact is that virus can also be transmitted from pregnant woman to her fetus. Zika virus has a great potential to spread in the major cities and highly populated areas, so we have to take the disease seriously.

The implications of Zika are far more serious than previously thought. A study published in the journal Cell Stem Cell found that zika affects adults as well. Researchers at the Rockefeller University carried out a study on mice and discovered that certain adult brain cells might be vulnerable to the virus. Among these cells are also the ones that serve to replace damaged or lost neurons throughout adulthood.

These particular cells play a significant role in learning and memory. The study is important because it is the very first research which showed that Zika has harmful consequences on adults and their brains too and effects of Zika aren’t only limited to pregnant women and their babies.

Furthermore, research that appeared in the New England Journal of Medicine revealed that Zika virus causes deadly paralysis known as Guillain-Barré syndrome (GBS). This rare disorder affects our brain, and it makes our body attack our nervous system. The real cause of this unusual disease is not yet determined, but scientists believe that it might be connected to Zika virus. Symptoms are similar, and they include weakness in arms and legs, pain in the whole body, heart rate increase, breathing difficulties and much more.

Scientists discovered that during the outbreak in French Polynesia, 42 patients with Zika had this syndrome which is a significant increase if we take into consideration that only five cases of GBS were detected annually during the previous four years.

The story of zika and its impact on the body, particularly brain, doesn’t stop there. Scientists in Brazil have discovered a new brain disorder associated with Zika infection in adults. It is acute disseminated encephalomyelitis (ADEM), an autoimmune syndrome that attacks the brain and spinal cord. The research, presented at the American Academy of Neurology annual meeting in Vancouver, showed that 151 adults visited the hospital between December 2014 and June 2015 and were infected by arboviruses, the family of viruses that includes Zika. Six patients developed autoimmune disorders; four had GBS while two had ADEM. Scientists discovered that in both ADEM cases brain scans displayed damage to the white matter. This brain disorder is, in fact, brain swelling which lasts up to six months.

Our brain, like the rest of our body, needs quality food and nutrients to function properly; which is why it’s highly recommended to consume nutrient-dense diet. Foods that are rich in fatty acids are the best brain foods, like fish and nuts and they can be highly beneficial for our cognitive functions. A growing body of evidence showed that omega 3-fatty acids could improve our brain power and increase our brain abilities.

Folic acid can also be beneficial for our brain. Our liver produces folic acid after consumption of vitamin B. This is why we need to consume foods that offer us a lot of vitamin B like beef, salmon, chicken and many others that are considered to be best brain foods. Vitamin B12 is especially important since it protects our brain from diseases and different brain conditions.

Zika virus is something we still have to deal with. Scientists and researchers are still trying to find a connection between this virus and other brain disorders, but it is perfectly clear that zika is dangerous not only for pregnant women and babies but for other adults as well. It’s recommended to avoid traveling to locations known for zika outbreaks or take necessary measures to protect yourself from mosquitos. Remember, Aedes mosquitos are active throughout the day and night.

Annie Lizstan works as a Health and Beauty Consultant for Online Websites and an Independent Researcher by Profession. She had Completed her Studies from the University of Arizona and lives in Wasilla, Alaska. She has Experience Researching as a Passion as well as Profession.