Is Your Child Really ADHD or Just Gifted? 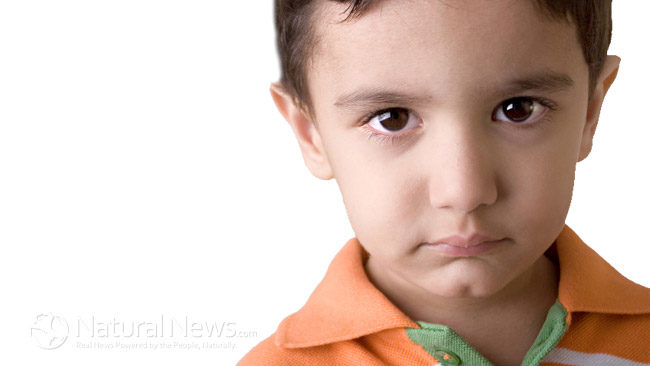 Most people don’t understand the different types of giftedness and because of this, many children with creative gifts get mislabeled as ADHD. It disturbs me when I’m having a conversation with a talkative, interesting, engaging child and his mom interrupts and says, “Is he bothering you? You’ll have to excuse him, he’s ADHD.” I want to punch her! Can’t she see how intelligent her child is? Why is she limiting him with this label when there is clearly nothing wrong with him?  How does she think this makes her child feel about himself? If she only knew the difference between ADHD and giftedness, it would make all the difference in her child’s life. Traditionally gifted children, at school, are easily identified in standard tests and treated accordingly. The common type of giftedness they test for in school is the high-achieving category, probably because it is easily tested with the Raven Test. This giftedness is rewarded with more interesting classwork and praise from the teachers. Creatively gifted children, however, are not so easily identified as gifted and they actually tend to get labeled ADHD. These gifted children are not rewarded. Instead, they are made to feel that something is wrong with them. So wrong that they need to be drugged to make them right. What a stigma this creates for the child! Interestingly, the signs of  ADHD boys and gifted boys are somewhat the same. Let’s look: Behaviors Associated with ADHD (Barkley, 1990)

Because the lists are so similar, why wouldn’t the teacher opt for telling the parents their child is gifted rather than ADHD? Because there is no solution for gifted. You can’t drug gifted. In fact…

Nearly one in five high school age boys in the United States and 11 percent of school-age children over all have received a medical diagnosis of attention deficit hyperactivity disorder, according to new data from the federal Centers for Disease Control and Prevention. (http://www.nytimes.com/2013/04/01/health/more-diagnoses-of-hyperactivity-causing-concern.html)

Why is this happening? I would have to say it’s the teacher’s fault! Many parents simply don’t do their homework but instead listen to what the teacher says. Let’s consider that. A teacher is trying to teach 30+ kids, keeping them all on task at the same time, and there are a couple that she just can’t get to go with the program. They might be wiggling a little, distracting themselves with their pencil, asking questions that seem to be off-track. They simply don’t act like the rest of the kids. Therefore, there must be something wrong with them. Off the teacher goes to the parent, telling them that their child is showing signs of ADHD. The parent trusts the teacher, since the teacher probably spends more time with the child than they do. So the parent goes to the doctor, tells him what the teacher said. The doctor then notices the child isn’t sitting still and prescribes the drugs. How can it be that all these children are ADHD, especially boys? I have two boys. I know how active boys are! My boys don’t want to do their homework, don’t like to sit and read, don’t  always control the words that come out of their mouth. They talk a lot, always have something off-the-wall to say, don’t like to obey me. Are they ADHD? No. They are, in fact, gifted! All this is ignorant and inappropriate of the teacher. Standard elementary teaching credential coursework does not include a class on giftedness or ADHD (http://www.wgu.edu/wgu/prog_guide/TECE_POST.pdf). So, why is the teacher attempting to diagnose the child at all? It is inappropriate and damaging. I once had my son’s speech pathologist tell him, right in front of me, that he was ADHD because he didn’t like to look her in the eye when she spoke patronizingly. Inappropriate. I fired her. The label of ADHD has gone too far. It is damaging to children to label them with something negative when you can label them with something positive. A child becomes what you tell them they are. Hope Bundrant is co-founder of the iNLP Center, an international NLP training center and online personal development school.