Is the Money You Spend on Supplements Wasted? 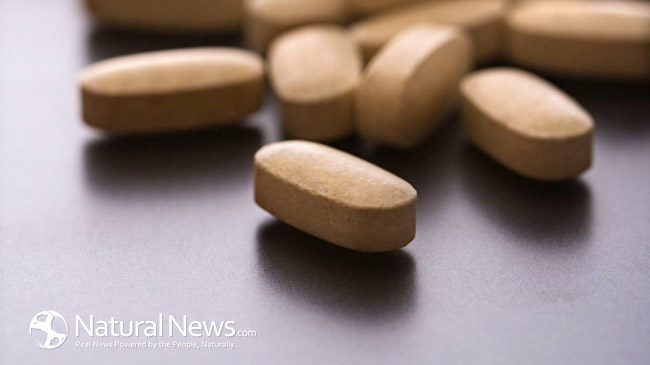 So you’re following your daily vitamin regimen and you feel you’re doing something beneficial for your health.  Well, you’re certainly on the right track in your recognition of the need to supplement your dietary intake of nutrients.  Virtually everyone reading this should be doing so.

Due primarily to modern agricultural techniques carried out by large agribusiness concerns which provide most of our nation’s food supply, our food has only a fraction of the nutrient density it had just fifty years ago.

Early picking is an example of one of a number of modern farming techniques that adversely impacts the nutrition of the food that reaches the store shelves.   Plants synthesize a number of nutrients from the soil and also develop nutrients as they grow.  But because food is shipped over such long distances, many crops are harvested before they are ripe.  Early picking aims to prevent over-ripened produce from arriving at our nation’s grocery stores.  As produce is shipped over long distances it continues to ripen and develop color.  But obviously it DOES NOT continue to synthesize nutrients from the soil.

And for the time produce is allowed to remain in the soil, the amount of nutrients contained in that soil today is a major problem.  In the United States and throughout the world, much of the inventory of arable topsoil has been lost due to erosion, overuse of inorganic nitrogen fertilizers and other farming practices that leave the soil depleted. The depletion of soil nutrients and soil microorganisms in turn contributes to further soil erosion and the loss of arable topsoil.

The alarming fact is our food (fruits, vegetables and grains),  now being raised on millions of acres of land that no longer contain enough of certain needed nutrients, is starving us of nutrition no matter how much we eat.  And the meat we eat feeds on a diet that is nutritionally depleted as well, causing it to provide less nutrition than it once did.

Government data from both America and the United Kingdom have shown that the concentration of a range of essential nutrients in the food supply has declined in the last few decades, with double digit percentage declines of iron, zinc, calcium, selenium and other essential nutrients across a wide range of common foods.

The decreased nutritional density of our food supply is one of a number of culprits behind the current state of obesity in the United States.  One of the reasons Americans overeat is because we are starved of nutrients.  Our bodies crave nutrients, and we must consume many more calories today than we did a few decades ago to obtain those nutrients.

If you’re supplementing your dietary intake of nutrients, you’re absolutely correct in your recognition of this very important aspect of maintaining good health.  But it’s possible the supplements you’re taking aren’t doing you the good they promise.  Here are some facts about conventional nutritional supplements that should give all of us pause:

About 95% of supplements sold today are man-made synthetics.  There are some who believe these isolated synthetics, which are generally made with potentially harmful substances used as fillers, binders and flowing agents, are actually worse for you than taking no supplements at all.  The study of biochemistry teaches us that vitamins do not exist as single compounds that act on their own.  Vitamins are made up of several compounds including enzymes, co-enzymes, factors, co-factors and minerals that must work together to produce their intended biological effects.  If you’re taking a man-made synthetic that contains only part of the vitamin complex, your body must gather all of the other components of the full complex from your tissues in order to make use of it.  In the likely event your body doesn’t have adequate reserves of the other components, the portion of the complex in your synthetic supplement will not provide the biological effects that are derived from the full complex.  The obvious question here is does it make sense that you have adequate reserves of all of the other components of a particular vitamin complex, but somehow, are mysteriously deficient in one of the components?  The answer is equally obvious.

So how is it that some people who take synthetic vitamins can sometimes at first notice a health improvement? In some instances your body can find a way to utilize a small amount of the nutrient, but the problem is these vitamins aren’t really vitamins. They will affect your body more like a mild drug where you might notice a small improvement initially but long term it may actually have a negative side effect on your health. According to Dr. Judith DeCava, author of The Real Truth About Vitamins And Antioxidants, “You can take a synthetic form of vitamin B1 like Thiamine Mononitrate and initially it can improve fatigue. But it will eventually cause fatigue because of a buildup of pyruvic acid which leads to a vicious cycle of you thinking you need more thiamine and your problems continue to get worse.”1

Is Something Sinister at Work Here?

It’s obvious pharmaceutical companies that sell nutritional supplements, and again, this applies to most supplements on the market, have an inherent conflict of interest.  After all, if their supplements helped to keep you healthy, that would cut into the sales of their main product.  It’s been reported that pharmaceutical companies’ average cost to bring one new drug to market is around $1 billion.  Obviously they must sell an awful lot of drugs to make a return on their enormous investment.  And at close to 1/3 of a trillion dollars per year in drug sales in the U.S. alone (that’s right friends, trillion with a T!), they are doing just that.  Obviously there is more to maintaining good health than taking supplements.  But it’s worth noting as the use of these isolated, synthetic supplements has grown (as of 2011, 69% of U.S. adults take dietary supplements, a 17 percentage point increase over just a decade earlier), the use of pharmaceuticals has also continued to grow.

It was my personal experience that ignited a passion for this issue.  I’d like to share with you one of the many amazing benefits I’ve experienced after resolving nutritional deficiencies through the use of natural, whole food supplements made from concentrated food sources.  I think you’ll find it instructive.

Before I continue, it’s important to point out that the best and most healthful supplements are not going to be found on the shelves of your grocery store, pharmacy or vitamin shop.  They’re generally going to be sold through such channels as direct marketing, on-line retailers or naturopathic physicians.  The reason for this is the cost of producing whole food supplements made from ingredients that are natural and truly healthful, and made using the best manufacturing practices, is higher than that of the products found on the store shelves.  Therefore, in order to maintain price competitiveness, formulators and manufacturers of supplements who are concerned with producing a quality, beneficial product have to distribute those products in the most economical way.  Additionally, they have to forgo the kind of advertising done by most supplement makers, again, most of whom are owned by the drug companies and are backed by their deep pockets.  As the truth begins to get out, this will change as consumers will undoubtedly begin to stop using conventional supplements in favor of healthful, quality, natural ones.

That said, several years ago I developed severe eye allergies.  I went to see an allergist who after conducting the “pin prick” test gave me the diagnosis ‘you’re allergic to everything’.  Now this was obviously meant to be an amusing colorful exaggeration, but most of what he tested for, I had an allergic reaction to.  So this allergist did what allopathic doctors do.  He prescribed not one, but two medications – pills and a nasal spray.  Well, the pills threw my equilibrium off and put me in a terrible brain fog, and the nasal spray gave me nose bleeds.  I was miserable taking this stuff.  Fortunately, a few months into taking the meds, I began to develop an interest in and began exploring natural approaches to health, which was quite a departure for me.

Having gained some insight into the causes of illness, which I believe can generally be placed into 4 broad categories: 1) nutritional deficiencies, 2) accumulation of toxins in the body (including toxins from pharmaceuticals), 3) cellular level disturbances due to electromagnetic radiation, and 4) emotional imbalances, the first of these concerns I set out to address was to resolve any nutritional deficiencies I might have.  I had taken conventional nutritional supplements in the past, but thankfully I had begun seeing a naturopathic doctor who explained why taking conventional supplements is not a good idea, and who recommended natural whole food supplements.  I began with taking a whole food multivitamin along with trace minerals.  Within 3 months of taking these two supplements my allergies were completely resolved.  I threw out what was left of the medication I was taking, and I haven’t taken any medication, prescription or non-prescription, since – not even so much as an aspirin, and it’s been about six years now since I’ve last taken any meds.  Now obviously I’m not making any medical claims here.  But I, along with friends and family who I have introduced to whole food supplements, have experienced really great results.  And being aware that the mainstream media who receives billions of dollars in advertising revenue from the pharmaceutical industry is not likely to take up this effort, it has become my mission to share this information as widely as possible.  I believe sharing this information is not just a benefit to individuals, but can also ultimately assist in our nation’s efforts to get a handle on ever increasing health care costs.

I have compiled the following list of companies, which you can google, who are doing great work in providing truly healthful, natural, whole food, herbal and homeopathic supplements and health products.  You may not have heard of some of these companies, as again, they don’t have the kind of lavish funding behind them the pharmaceutical companies provide in selling their supplements, but these companies are doing heroic work in bringing healthful products to consumers:

Please help get the word out about this important issue by sharing this information with everyone you care about, especially those loved ones of yours who are taking conventional supplements.  With the power of the people behind this effort I believe we can rid the market of so-called nutritional supplements that are cooked up in a laboratory, while at the same time, improving our health.

Finally, I feel I would be remiss in not sharing with you the whole food supplements that I personally had such great success with.  The multi-vitamin is called Whole Foods Power Multi from Botanic Choice.  The trace minerals product is simply called Trace Minerals, and is from Morter Supplements.

Patrick is a passionate natural health advocate who is committed to exposing the institutions that exploit our body for their profits.

1 DeCava, Judith. The Real Truth About Vitamins And Antioxidants 1997.

Patrick is a passionate natural health advocate who is committed to exposing the institutions who exploit our body for their profits.