Is St John’s Wort Safe and Effective For Depression and Anxiety. 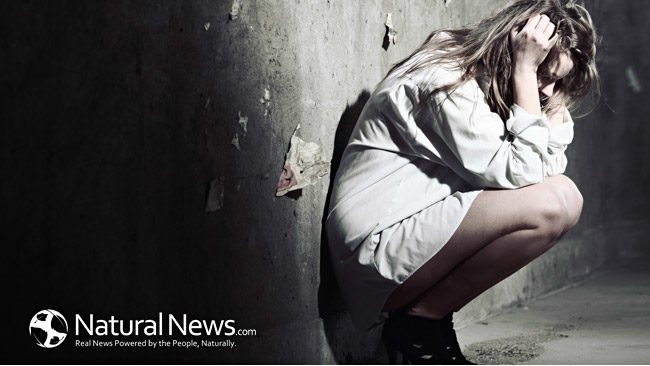 St John’s Wort is one of the most popular herbal supplements for depression and anxiety. Is St. John’s Wort a valid alternative medicine for anxiety and depression? Since depression affects millions of Americans, this is an important question. Depression takes the joy out of life and can impair job, relationships, and health. Depression is one of the most serious problems in today’s world.  The usual treatment in standard medicine is heavy duty prescription drugs with nasty side effects that often make the patient’s symptoms worse not improved. These side effects are the main reason people stop taking the drugs.

St John’s Wort is an alternative for many patients. In today’s blog, I will give you real information on using St. John’s Wort for depression and anxiety under the guidance of a holistic doctor. You need to rule out health factors such as vitamin deficiencies, thyroid, and other metabolic imbalances first.

What are my information sources for this blog  and future blogs?  That is an important question!

I am a member of the American Botanical Council which gives me access to the German E Monographs and the newest research on herbs.  You can go here and find out how to become a member. It is one of the most valuable assets for herbalists and researchers on the subject of herbs and alternative medicine.  The professional membership costs $150.00 with several less expensive  membership levels available. The professional level gives you access to all the research sources in their data bases, which is an amazing amount of research. These resources can either be used for education or for patient treatment if you have a practice. You can find out more about the American Botanical Council here.

One of their research resources is the German E Monographs published by the German Commission E Scientific advisory board. This is the German government FDA basically. These monographs give approval and information for safety and usage for over 380 folk medicine herbs including St. John’s Wort. These herbal monographs are the basis for doctors in Germany to prescribe herbs to patients there. In Germany, the drug companies control the sale of both herbs and prescription drugs. Many herbs, including St. John’s Wort are a prescription in some parts of Germany and Europe. In many countries you cannot buy them over the counter, as we do in health food stores here in the United States.

What kinds of depression and mental health issues is St. John’s Wort used to treat?

According to the German E Monograph on St. John’s Wort,  it is prescribed in Germany for,” psycho-vegetative disturbances, depressive moods, anxiety, and nervousness, post-therapy treatment for injuries, myalgia, and first-degree burns”. So it is indicated for depression but usually mild to moderate depression only. The benefits of using of St. John’s Wort may include improvement in concentration, memory, and receptivity. Other possible treatment uses for St. John’s Wort include menopause, PMS, Fatigue, SAD, and Obsessive-Compulsive behavior.

130 million doses of St John’s Wort were sold to German patients in 1999.  It is one of the most prescribed herbs in German medicine.  It is the fifth selling dietary supplement sold in the US in 2000.  Prior to 2000 in the US  it was in the top three popular supplements. It fell to fifth place due to bad press and problems with so many people taking prescription drugs.

Dosage should be prescribed by a holistic physician depending on the severity and symptoms of your depression. It can take from 2 to 6 weeks to see results after beginning St. John’s Wort.  It is normally prescribed for at least 6 months or longer. It has to be taken as prescribed, on a regular basis.  This herb should be taken seriously, as you would a prescription drug if you want benefits. Often, patients only take it when they think they need it. It must be taken every day at the proper dosage.  The suggested dosage by doctors is 900 mg per day, in three divided doses of 300 mg.  Again, your dosage level should be determined by a holistic doctor.

Allergy reactions can occur with any herb or herbal formula.

Photosensitization ( not a common side effect)  is one possible side effect from taking the herb. So if you burn easily like I do, be careful when out in the sun.  Do not take the St. John’s Wort along with prescription drugs for depression without the supervision of a holistic doctor. St. John’s Wort can decrease the effectiveness of oral contraceptives and Theophylline in some patients. It may interfere with Indinavir and the anti-rejection drug Cyclosporine, Digoxin,  and anticoagulants such as Warfarin. These  interactions do not occur in all patients.   That is why it is important to take St. John’s Wort under the guidance of a doctor who is educated and experienced on using herbs with depression and other health problems.

Safety:  St John’s Wort is considered relatively safe to take for mild to moderate depression except when taken  in conjunction with prescription drugs.

Research to Back Up the Claims:

Since 1979 there have been over 50 controlled research studies on the effects of St. John’s Wort and depression. The majority of these research studies were very positive toward the value of treating mild to moderate depression with St. John’s Wort.  The research studies that did not show benefits for the participants, involved patients suffering from severe, debilitating depression. These studies were flawed in many aspects. The main aspect being that St. John’s Wort is not indicated in Germany as a treatment in severe mental health problems. Research is often weighted against alternative therapies. This is where so much fraud occurs.  The institution wants to prove that alternative medicine doesn’t work so the research criteria is weighted to prove that conclusion. . Most of the research published out of the US  is not accepted by the American Medical Association here.  the AMA prefers to push prescription drugs instead.  Here St. John’s Wort is inexpensive and easy to buy.  Prescription drugs, with their severe side effects, make the drug companies and the doctors billions of dollars.  Prescription drugs for depression and anxiety pad the bank accounts of drug companies and drug reps. They have no incentive to prescribe St. John’s Wort in this country. In Germany the herb makes the drug companies money because they control its production.  This control also makes it much more expensive to the consumer.  Power and money rule.

Quality of the Product is Important

The main property of St. John’s Wort that helps depression is hypericin or hyperforin. If the herb is not properly grown or processed, it may not contain enough of these important constituents. Try to buy a brand that is standardized for the above constituents. Read labels.  Flavonoids and others parts of the herb also are part of the reason it works.  You can buy it in caps, extract formulations, oil infusions and aqueous extracts. Do not buy any herb on price only.  Investigate the brands and their reputations. I don’t buy any of my herbs from discount stores because I have no idea where they got the product.  Junk herbal formulations are one of the main reasons, people say herbs do not work.  Other factors that are important for effectiveness are taking the proper amount of the herb for the proper amount of time.  The FDA in this country does not allow manufacturers to put correct dosages on the label, only suggested dosages.  You are not allowed to state  much on the label, without the herb then being classified as a drug. Therefore, the consumer is in the dark when buying herbs. You must research the herb yourself independently to know what to take it for and how much to take.  This is life in America today that is focused on drug advertisements and prescription drug sales.

Thanks for reading my blog. Blessings to all

Master Herbalist and researcher since 1983. My husband and I live in Spring Valley, CA. We grow herbs, Moringa trees, and organic vegetables along with a flock of ducks and lop rabbits. I love writing and sharing knowledge about herbs and alternative medicine with my readers. I write for my business blog, Yahoo Voices, and now this new blog here. I look forward to this new writing opportunity.