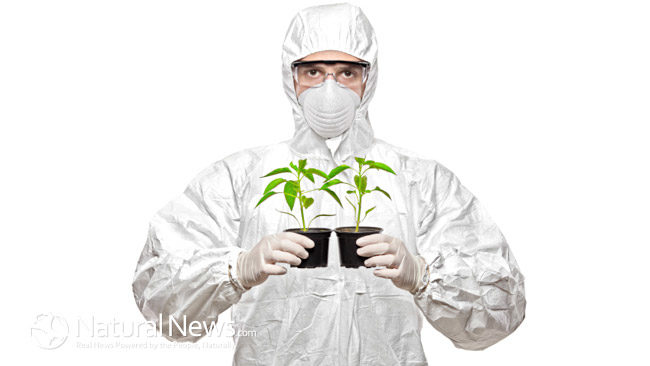 If you read part one of this series (if not, please do,) you have some understanding of what GMOs are and why it is important to know more.  Part two explains more in depth what GM foods are and how they have become so prevalent.

One of the largest biotech companies known for development of GMOs is Monsanto.  It is a monstrosity of a company with pervasive tentacles in a web of massive worldwide deceit, deception, greed, power and the utmost and unyielding lack of consideration for humanity, environmental conservation, or the beloved beauty of nature itself.  That being said, I very much understand a corporation’s fiduciary obligation to grow its business and operate profitably.  Don’t we all strive to make more money?  But at what sacrifice?  If you don’t recognize the name (Monsanto,) I’m sure you have heard of Roundup, the weed killer.  Yes, Monsanto produces Roundup, and an even more concentrated and toxic formula is used for spraying crops.  So what’s the big deal?  Well, they produce what is called a Roundup Ready seed (corn, for example) that is genetically engineered to resist the pesticide and herbicide (namely glyphosate.)  These toxic chemicals can be sprayed on the crop in large quantities without “harming” the plant itself.  The seeds are supposed to increase yield by allowing crops to be planted closer together, require less water and have a built-in resistance to pests and weeds.   However, just the opposite has been found to be true.  Yes, harvest can yield nearly twice as much product as compared to conventional farming methods.  But the crop actually requires much more water, as well as more fertilizer, not to mention the chemicals themselves infiltrating the soil and ground water. (Also, they even have a fertilizer that is Roundup Ready, which is partly formulated with bi-products from the manufacturing of Roundup.) Additionally, as we have seen “super bugs” emerge with overuse of antibiotics, much same happens with plants and the overuse of herbicides.  Now there are “super weeds” popping up and countering the intended effect of Roundup-Ready seeds.

The U.S. Government and FDA claim that GM foods pose no risk to humans, animals, or the environment and are essentially no different than non-GMO foods.  How is this even possible?  And do they think we don’t know better?  Well, yes they do.  They do not want us to know better.

Monsanto’s Roundup Ready seeds are patent-protected as they are considered intellectual property.  Ever since certain farmers and approved farmlands started using Monsanto’s Roundup Ready seed, nearby organic farmers fear that a lawsuit will be brought against them if a Roundup Ready plant or seed inadvertently shows up in their crops.  In normal agriculture a farmer uses their own saved, heirloom seeds to better their crop year after year.  Let’s face it.  The last thing any organic farmer wants is a random GM seed to be carried by way of nature onto their land.  But the truth is, it happens all the time.  Not only can their crop be irreversibly contaminated, they risk being accused by Monsanto of patent infringement.  Many lawsuits of patent infringement have been brought to the courts, most of which are ruled in favor of Monsanto, of course leaving the accused farmer bankrupt, unable to continue farming, and forced to sell their land.  Of those that never made it to court, you can be sure there was a rather large settlement, in Monsanto’s favor.

In their (Monsanto’s) defense, (and you won’t hear me say that very often) if a farmer agrees to use a seed knowingly aware that it is patent protected and that the seed cannot be saved, then they better be sure to keep their word.  The problem is, farmers have little choice in the matter of whether or not to use it, since the ever-encroaching biotech and agribusiness beast began selling their seeds based on little and inaccurate research and promises.  And don’t forget that there are several other large biotech companies who are also playing the game.  Monsanto is the largest, but don’t forget others such as Du Pont and Syngenta.  The agribusiness giants will either pull you in, or push you out.

To make matters worse, earlier this year Congress passed and President Obama signed a bill (Farmer Assurance Provision) that protects biotech companies from litigation.  Monsanto can plant GE Roundup Ready seeds (or other biotech giants and their similar seeds) without having to address largely unanswered questions about health and environmental risks.  Despite a valid petition asking the president to veto it, Obama ignored the petition and signed the bill, which essentially prevents federal courts from ruling against Monsanto and other biotech companies with regard to selling and planting of GM or GE seeds and crops, regardless of health concerns or environmental consequences that are in question or that may arise in the future.  It would be nice if Monsanto would provide seeds to neutral or objective scientists or research facilities which are in no way involved with Monsanto, in order to perform legitimate experiments and testing so as to better inform consumers.  What do they have to hide? There’s no risk of “stealing” their idea, because they are patent protected!  Monsanto-funded researchers are all they need.  No second or third party investigations seem to be required.

What is even more concerning about this is that over 85% of corn grown in the U.S. is GM corn, and of that, over 90% goes toward livestock feed!  The remainder is used for sweeteners (high-fructose corn syrup,) fillers, cornstarch, corn meal, corn oil, ethanol, penicillin, and glue.  Yes, glue.  Corn germ is a waste product of the separation process, and once the oil has been pressed out of the germ, the remainder is used (once again) for livestock feed and/or industrial strength adhesives.  Doesn’t it seem odd and a bit cruel to be feeding an animal a waste or bi-product that could potentially be gumming up their intestines?  Not to mention the fact that nearly all the crop is un-edible anyhow.  And imagine what it is doing to our bodies!  It is great that there is seemingly no waste in this entire process, and clearly corn is an amazing plant that possesses endless qualities.  But couldn’t we just start with food?  Since in its original, unaltered, unmodified, organic state, corn is… well… a food!  The problem is that GM corn is in nearly every processed food on the market, and is then also being fed to livestock that we then consume. (The effects of GM corn on the livestock is simply cruel, disgusting, and in no way healthy for the animals.  But more on that later.) We have been consuming these foods for years, possibly decades, and never even knew it.

Why are these foods not labeled?

The U.S. is one of the only countries that does not require labeling of GM foods, nor does it have a ban on them in any way.  Why?  Because there is too much at stake for the politicians and companies involved.  Many lawmakers own stock in Monsanto.  The biotech company regularly contributes hundreds of thousands of dollars toward campaign funding and it spends millions of dollars in lobbying politicians each year.  The really sad part about this is that ultimate power and the mighty dollar are far more important to elected government officials and lawmakers than the health and well-being of U.S. citizens, cruelty to animals and the obliteration of ecosystems.

Australia, for example, has one of the most rigorous organic certification programs in existence.  Most Australian states have a ban on GM crops and are GE-free, and those that do not, are given the right to claim as such.

New Zealand has no ban, but they don’t yet need one because GM crops are not grown there and they have no intention to grow or sell GM foods.

Canada is one of the world’s largest producers of GM crops, which comes as no surprise since Monsanto rules heavily there, as well.

Japan allows no GM crops to be grown.  However, they import Canadian canola, which without a doubt, is genetically modified, and as nature takes its course, (God forbid the wind would blow) GM canola has been found to be growing wild (contaminated by Monsanto’s Roundup-Ready canola) near ports.

Much of Europe has a ban on cultivation and sale of GM crops.

France has no ban, but most GM foods are forbidden; the public simply does not trust GMOs.

Switzerland has a ban on all GM crops, plants and animals.

Ireland has a ban on all GM crops.

India has been extremely devastated by GMOs.  Farmers were encouraged to plant Monsanto’s GM cotton, believing that their yield would be far greater, water usage would be much less, and their overall farming costs would go down. The result was and still is, catastrophic.  On average, an Indian farmer commits suicide every 30 minutes because of crop failure and massive debt since they started planting GM seeds.  Though the seeds were supposed to be drought-resistant, most of the crops failed due to lack of water.  Additionally, farmers were not able to save their seeds (this is the case across the board.) Monsanto and other GM seed producers do not allow farmers to save seeds.  This is an absurd requirement for a farmer, as this is what they have done for centuries.  The cost of buying seeds for each season is simply more than most can manage, and in India, this was the last straw for most.  They simply could not afford to purchase new seeds every year.

These are the top GM foods that you should avoid:

This list is not conclusive, but a good start for beginners.   Remember, organic does not equal non-GMO and non-GMO does not mean that a food is organic.  Your best bet is to buy organic AND look for the non-GMO project certification label.

The logical conclusion is that there are far too many unanswered questions regarding the safety of GM foods that have flooded the market without public knowledge.  The first step is that these foods need to be labeled so that the consumer is aware of what they are eating.  Even if the food is fresh produce and is assumed to be safe, it is not, because the toxins from GM crops cannot simply be washed off prior to eating.  They are a part of the genetic make-up of the food.  As consumers, we must demand labeling of GM foods!  Next step, our government needs to realistically revisit and amend (if not largely abandon) the farming subsidy program.