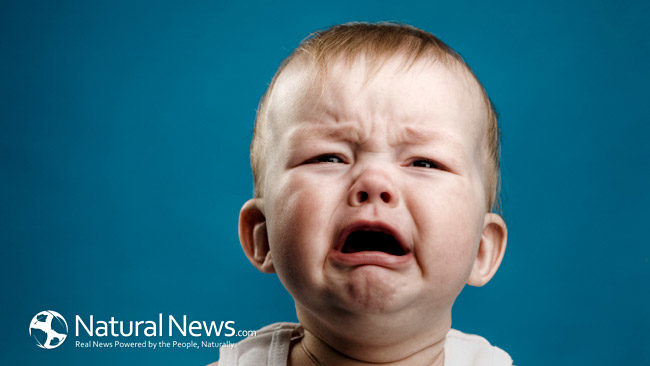 My experience with tantrums with my son started early and has lasted more than three years. I remember my first overwhelming experiences with these dramatic outbursts. I was driven to yell and cry, and of course this did nothing but make the tantrums worse. I asked practically every parent I came in contact with for advice, read books and Internet articles, and came up with a simple game plan. I decided that the best thing I could do for both me and my son was to accept and roll with it. Isn’t that so often the solution in parenting and life?

The frustration, helplessness, anger, and deep sympathy that the tantrums made me feel was overwhelming. I never knew if I wanted to hug him and comfort him or let him know he was misbehaving. Was he having a emotional breakdown that his inexperienced mind could not handle, or was he a manipulative conniving little guy pulling his mommy’s heart strings and stretching her patience to get what he wanted? Probably both were true at various times, and sometimes both true simultaneously at other times.

My Early Attempts At “Controlling” The Tantrums

From then on I refused to engage. I stopped giving the tantrums energy. I made sure both people and property were safe but that’s all I would do. Any words I needed to say to him were calm and to the point. I stopped even watching him too much. My glance was enough to set off the tantrum again. Then I went about my day as I waited for him to work it out himself.

I was always close by and kind, so it was clear to my son that as soon as the tantrum was over I was there to give him hugs and comfort, or attention and games. We talked it over when we could, but often we just moved on.

He didn’t gain anything from his tantrums since I never gave in, and I didn’t lose anything such as my temper, sanity, or tears. Once I had decided that I would not be drawn in and knew that this was the best solution for me and my son, I was able to stay centred and go about my day even while he was wailing and flailing on the floor.

I started to view tantrums as a normal part of a child learning emotional intelligence. I accepted that they were part of his growing up process and have since been able to find joy in watching as his emotional control slowly develops.

My son will soon be four, and he still has tantrums. Overreactions, and unexplained mood swings still occur but he is learning to get over them quicker and more effectively. He is also learning better coping mechanisms for dealing with strong emotions, such as anger, and he is getting more receptive about talking with me about his meltdowns after the event. I am confident that his emotional intelligence is on the right path and I am happy I was able to consistently be loving to him while he took the long journey to where we are.

With all the advice and techniques I came across for dealing with tantrums, the most valuable tool was acceptance. Emotional intelligence is a big skill for our little ones, and tantrums are part of the process.

Antonia is a science enthusiast with a keen interest in mindfulness practice, health fitness, and health nutrition. She is contributing author for Parenting, Health, Happiness, a blog covering topics of health, education and mindfulness. She also contributes to the nutrition newsletter at RawFoods.xyz. Read Antonia’s health files here, and SUBSCRIBE!