Important Things to Consider Before Hip or Knee Replacement Surgery 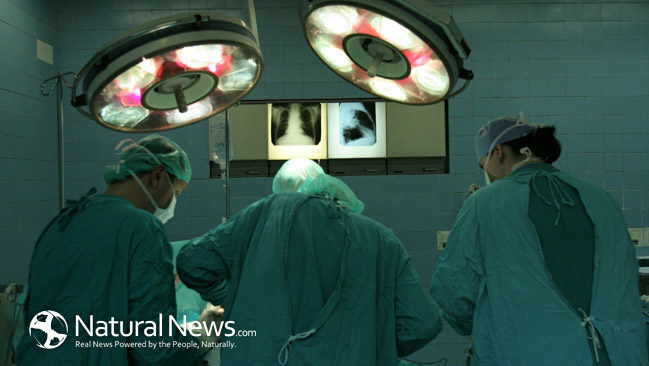 Important Things to Consider Before Hip or Knee Replacement Surgery

Everything that is made will age, degrade and decay. That process is called entropy and is outlined in the hard to understand second law of thermodynamic but it’s a law of nature that we have all observed. An example is iron turning into rust through corrosion from exposure to oxygen and water. When metals and plastics found in implanted medical devices are put into the wet and oxygen rich environment of the body, over time, the process of entropy, corrosion and decay will happen. (10-15 years after implanting)

The medical industry has defined wear debris, from aging and decaying implanted medical devices – as a serious systemic problem, which has created a new illness they call “Particle Disease”.

Metal rubbing on metal, from orthopedic medical devices, also creates nanoscale wear debris. The particles are small enough for some of the metals to end up as ions. Metals ions have the potential to cause diseases such as cancer, including blood cancers.

When metal ions and plastic wear debris particles are liberated from aging medical devices, they can migrate to local and distant parts of the body, where they can enter the lymphatic and vascular systems. Once they are ciculating throughout the body they can easily become embedded into organs throughout the body, including the brain, liver and lungs. This creates systemic inflammation through a chronic foreign body reaction, which after a period of time, leads to chronic, incurable diseases.

While there are environmental, industrial and workplace limits and standards for exposure to toxic metals, such as cobalt and chromium, there are not any exposure standards or limits, to the same metals, if they are released inside the body from aging and degrading medical devices. (see paragraph 7 in Lancet article Metallic debris from orthopaedic implants – see link below)

There is an acknowledgment in the medical community that wear debris from implanted medical devices is creating major problems, as it is the prime reason for revision surgery due to implant loosening (particle-induced osteolysis).

Anyone considering a medical device should be told that they have the potential in developing cancer and another systemic, chronic, non-curable illness that are created by their aging medical devices.

Currently, manufacturers are disclosing the problem of particulate wear debris to patients but they leave it as an abstract concept and are downplaying the long-term problems. They say, “nothing last forever” and “over time the implant will loosen and will need to be replaced”. Manufacturers are not fully explaining the long-term dangers of wear debris(Particle Disease) or how it impacts an individual’s health in 10 to 20 years. This is especially relevant today as surgeons are recommending implanted medical devices for younger patients. Getting an implanted medical device when you are 30, 40 or even 50 years old will dramatically effect the quality of life as you age.

Before making a decision on joint replacement surgery, look at the recalls on medical devices. They are numerous because manufacturers of medical devices do not have to prove their new and improved devices are safe before putting them on the market or into the human body, they only have to show that they are similar to devices that are already being used.
———————————————————-
No Safety Studies on Implants

Medical devices under scrutiny
May 18, 2011 By Jonathan Wood
http://medicalxpress.com/news/2011-05-medical-devices-scrutiny.html

Then There is the Kickback Issues

Medtronic Will Settle Accusations on Kickbacks
NYTIMES By REED ABELSON
Published: July 19, 2006
Medtronic, one of the nation’s largest medical device manufacturers, said yesterday that it had agreed to pay the federal government $40 million to settle accusations that its spinal-implant division had paid kickbacks to doctors as a way of inducing them to use its products.
http://www.nytimes.com/2006/07/19/business/19medtronic.html?_r=2&oref=slogin&

Oregon surgeons must disclose implant conflicts
August 7, 2013, Kansas City Star
The Associated Press. PORTLAND, Ore. — The Oregon Department of Justice says doctors who are paid by makers of artificial implants must disclose the possible conflict of interest to patients.
http://www.kansascity.com/2013/08/07/4394862/oregon-surgeons-must-disclose.html

BACKGROUND: An increasing number of young patients are undergoing knee arthroplasties. Thus, the long-term risks of having a knee prosthesis must be evaluated. This study focuses on the potential carcinogenic effects of the prosthesis; it is a long-term follow-up of all patients in Sweden between 1975 and 2006.

METHODS: The incidence of cancer in a total population of operated individuals was compared to the overall national cancer incidence in Sweden by means of standardized incidence ratios. Analysis of cancer latency period was performed to identify potential aetiological factors.

RESULTS: For male and female patients with rheumatoid arthritis (RA) or osteoarthritis (OA), the overall cancer risks were elevated, ranging from 1.10 (95% confidence interval (CI): 1.03-1.18) for men with OA to 1.26 (1.23-1.29) for men with RA. The greatest increases in risk were observed for the leukaemia subtypes, myelodysplastic syndromes (MDS) and essential thrombocytosis (ET), ranging from 3.31 (1.24-8.83) for ET in men with OA to 7.38 (1.85-29.51) for ET in women with RA. Increases in risk were also observed for breast cancer, prostate cancer and melanoma. The latency analysis revealed elevated risks late in the study period for both solid and haematopoietic cancers. However, only increases in MDS and possibly prostate cancer and melanoma rates appeared to be connected to the operation.

CONCLUSION: This study showed that OA and RA arthroplasty patients have a significantly higher risk of cancer than the general population. Elevated risks of MDS and possibly prostate cancer and melanoma indicated a potential connection to exposure to metals in the implant. The observed excessive incidence of ET was likely associated with the inflammatory disease.