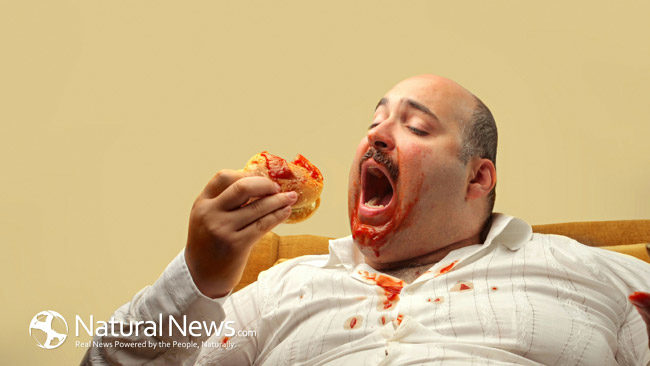 In the documentary “Fed Up”, Katie Couric reports on the widespread health epidemic we are facing with obesity and diabetes and the role that our food industry plays in this. The fact that this important documentary is being played across the nation is good news. I highly recommend viewing it if you have the opportunity.

51% of Americans are obese, when one examines percentage of dangerous waist body fat that is often hidden in outwardly thin individuals. Childhood diabetes is a new epidemic and the treatments are unchartered territory, since physicians only have experience dealing with adult type 2 diabetes. The childhood diseases of obesity and diabetes, caused largely by poor diet and high sugar intake, has taken an enormous toll on our children’s health.

The lies and power of the food industry

The processed food and sugar industry are largely to blame for our current health crisis. Store aisles are loaded with processed “foods” which contribute to obesity. The standard American breakfast of orange juice, processed cold breakfast cereals and skim milk, is loaded with sugar which quickly turns into fat in the body.
Throughout the documentary “Fed Up”, viewers witness leading processed food giants lie about the processed food industry’s contribution to today’s health epidemic. Movie goers see similar footage of the cigarette industry and their assertions that cigarettes did not cause cancer. The documentary predicts that in time Americans will realize the similar guilt of the processed food industry in destroying our health.

There is a large myth perpetrated that to reduce weight one needs to simply reduce calorie intake and increase exercise. Experts reveal that this is not true. 150 calories of pure sugar in the form of soda is not the same as 150 calories of a fruit. Soda is immediately converted to fat in the body, while a piece of fruit with its fiber content does not overwhelm the body with a quick sugar load in the same way due to fruit’s fiber content. Fruits also contain important vitamins and nutrients.

The experts speak out

Several recognizable experts speak out in “Fed Up” on the health epidemic and the role food plays in this. Mark Hyman, MD and Dr Robert Lustig speak intelligently along with several other important food movement leaders. For a brief moment, a glimpse of Mike Adams and Natural News is shown on the screen. (My movie companions and I quietly cheered).

While Michele Obama has made some effort to address America’s epidemic of obesity, she has not gone far enough. When she began to attack the processed food industry, the industry quickly responded by “cooperating” with the administration by offering to reduce “calories” in their food items. When examined closely by the real food and health experts it was apparent that this effort was in reality only an effort to protect their profits. A very minimal repackaging of junk food resulted in an insignificant reduction in calorie content of junk food, but no significant reduction of the junk and extremely dangerous sugar content.

School lunch programs are a disaster

Sugar’s addictive qualities, marketing and the price of children’s health

The reporting of mice studies showed that sugar is more addictive than the drug cocaine. In a study of approximately 40 mice given the choice of sugar water or cocaine, the vast majority chose sugar. The brain reacts strongly to sugar and craves it, similar to an addict. Savvy marketing plays on the addictive quality of sugar.

Children’s marketing of sugar is less regulated than adult advertising

By focusing on children, the industry creates lifelong consumers of their “junk food”. The bottom line is corporate profits, but the price paid is the health of our children. For the first time, children’s life expectancy is predicted to be lower than adults.

By reducing fat content in food, sugar intake increased dramatically contributing to our health epidemic. When removing healthy fats from ice cream and other processed foods, food giants replaced the fat with sugar to make the taste palatable. Foods with fats removed taste bad and only by replacing fat with sugar were the taste of processed foods saved. This important point was made clear in the documentary.

This fact was not strongly emphasized in the documentary, which I found disappointing. It may have been too far reaching of a goal for this film. To focus on the important role that sugar plays was the focus and this point was well emphasized and made clear.

The emotional and physical toll of obese children

Several obese teenagers’ lives are followed in the documentary, revealing both the physical and emotional health toll obesity causes. In spite of their efforts to eat less and exercise more, they fail to lose weight. The focus on total calories and exercise is clearly ineffective in helping these children. Sugar consumption is not addressed. In one case, a young teenager resorts to dangerous bariatric surgery in an effort to lose weight and regain his health. The rate of  bariatric surgery to address extreme childhood obesity has increased dramatically in recent years.

The WHO recommendations and the sugar industry response

The World Health Organization in 2002 recommended a reduction of sugar intake to 10% or less of one’s diet. WHO recommended a further reduction to 5% of one’s diet in March of 2014, based on current research. In the past, the sugar industry in the US responded quickly and sabotaged any WHO health recommendations to reduce sugar intake. If one looks at food packaging breakdown, it can be seen that sugar % of daily allowance is absent from all packaging. The sugar industry is responsible for this absence. The WHO recommendations in the past were quickly and effectively removed from any national dietary recommendations. Processed food industries profited, while our health plummeted.

5% equates to 23 grams of sugar daily, which is a challenge, given that sugar is hidden in so many processed foods. “Sugar” includes honey, maple syrup, white sugars, fruit juices and more processed sugars such as high fructose corn syrup.

Individuals must take control of their own health. The government will not help at this time. The powers of the processed food industry are similar to that of the tobacco industry years ago. Choose real food and not packaged foods, whenever possible. Make efforts to reduce sugar intake which is hidden in most packaged foods under many names including maltodextrin, sucrose, and high fructose corn syrup. For a sweet treat, choose fruit which will not cause a huge and dangerous rise in blood sugar. I would personally add that it is important to add healthy saturated and mono- saturated fats to one’s diet. See The big fat lie and its impact on health.