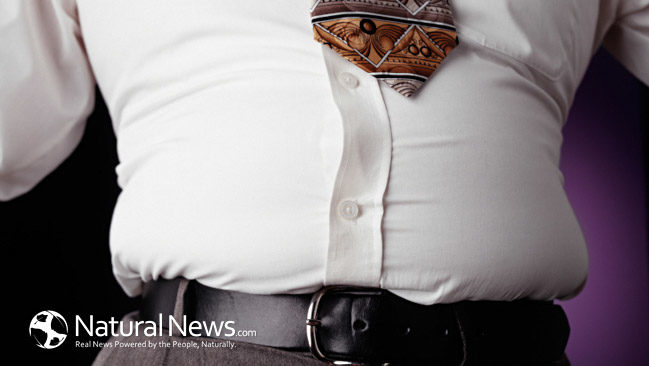 A new scientific study has linked an immune response in overweight and obese individuals to psychological stress contributing to chronic and life-threatening diseases.

The study, published in the journal Brain, Behavior and Immunity, measured interleukin-6 (IL-6), an inflammatory agent linked to stress, to investigate the impact of inflammation levels in normal-weight and overweight individuals over the course of two psychological stress tests. The researchers classified weight based on several factors, including body mass index(BMI) and body fat percentage. Individuals with a BMI of 25 or higher were classified as overweight.

“We know that there are serious diseases associated with obesity. Now we are one step closer to understanding how and why,” the lead researcher of the study said.

The researchers observed that the relationship between BMI and IL-6 levels was linear the higher the BMI, even among lean individuals, the higher the IL-6. Every percentage of body fat appeared to make the body more susceptible to inflammation.

As obesity is a public health risk and two thirds of Americans are classified as overweight, the study reveals why understanding the health risks associated with obesity is important.

Vitamin D is a steroid hormone that has different functions beyond its widely recognized role in regulating calcium levels and bone metabolism. Vitamin D receptors are found in more than 30 cell types. Obese people have a chronic state of chronic inflammation caused by sustained upregulation of the inflammatory response occurs because fat tissue continually produces cytokines, molecules that are usually only present for a short time, while the body is fighting infection, for example.

The research study participants consisted of 218 overweight, postmenopausal women who had insufficient levels of vitamin D at the beginning of the study. The women then took part in a 12-month diet and exercise program (including 45 minutes of moderate-to-vigorous exercise five days a week). Fifty percent of the study participants were randomly selected to receive 2,000 IU of vitamin D daily for the duration of the year-long trial, and the other half received an identical-appearing placebo, or dummy vitamin. The level of inflammation was measured by analyzing biomarkers at the beginning and end of study. The researchers then compared changes in these levels between the two groups.

“We know from our previous studies that by losing weight, people can reduce their overall levels of inflammation, and there is some evidence suggesting that taking vitamin D supplements can have a similar effect if one has insufficient levels of the nutrient,” said lead and corresponding author Catherine Duggan, Ph.D., a principal staff scientist in the Public Health Sciences Division at Fred Hutch. However, it has not been known whether combining the two — weight loss and vitamin D — would further boost this effect. “It’s the first study to test whether adding vitamin D augments the considerable effect of weight loss on inflammatory biomarkers,” she said.

The findings revealed that at the end end of the study, all of the participants had reduced levels of inflammation, regardless of whether they took vitamin D. However, those who saw the most significant decline in markers of inflammation were those who took vitamin D and lost 5 to 10 percent of their baseline weight. The women who lost weight in conjunction with vitamin D supplementation had a 37 percent reduction in a pro-inflammatory cytokine called interleukin-6, or IL-6, as compared to those in the placebo group, who saw a 17.2 percent reduction in IL-6. Elevated levels of interleukin-6 are associated with an increased risk of developing certain cancers and diabetes and may be implicated as a cause of depression.

“We were quite surprised to see that vitamin D had an effect on an inflammation biomarker only among women who lost at least 5 percent of their baseline weight,” Duggan said. “That suggests vitamin D can augment the effect of weight loss on inflammation.”

“It is thought that this state of chronic inflammation is pro-tumorigenic, that is, it encourages the growth of cancer cells,” she said. There is also some evidence that increased body mass “dilutes” vitamin D, possibly by sequestering it in fat tissue.

“Weight loss reduces inflammation, and thus represents another mechanism for reducing cancer risk,” Duggan said. “If ensuring that vitamin D levels are replete, or at an optimum level, can decrease inflammation over and above that of weight loss alone, that can be an important addition to the tools people can use to reduce their cancer risk.”