I’m Back from the Future and Hillary is President 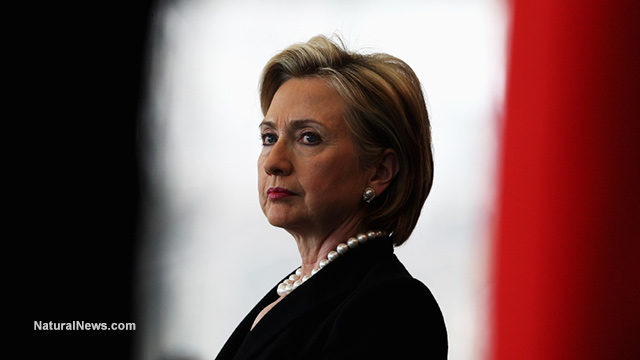 I’m back from the future and Hillary is President.  It’s not important how I got back from the future.  The point is that I am here and there is something important I have to share with you.  I lived a normal life and returned to this date by chance by might as well be considered magic.  However, I think that this date is important as it is right before the elections which were our country’s last hope.  This may be a chance to get this story out to help give a perspective of what happened once Hillary became president of the United States.

The date was August 10th, 2019 before I left.  Much had changed since the election in 2016. Our country, as corrupt as it already was, was in great shape in 2016 compared to 2019.  It seemed that right after the November elections and the regime change in January that everything went downhill and fast.  Firstly other nations abroad declared Hillary a threat, right as they were, and false flags, “terrorist attacks”, and even the start of the One Nation World War which they called it (World War III) was beginning just as I arrived here.  I hope by sharing this with you that we can prevent this future that I have just traveled back from.

The election process stumped the nation.  Hillary won against Donald Trump and all of the other presidential candidates by a landslide which showed the country officially that the election process was rigged.  Mainstream media could no longer hide the fact that Hillary was not accepted by the public as no one but major corporations, the media and other corrupt political officials supported her.  Not one person in the general populace supported Hillary. Hillary Clinton was the butt of jokes throughout alternative media outlets.

To counter this dislike throughout the internet propaganda campaigns were initiated by mainstream media that promised instant fame for Hillary supporters.  From reality television shows to internet podcasts those internet celebrities that hopped on this bandwagon quickly lost their audience’s respect and viewership.

Some of the first changes after the inauguration were that the U.S. military were to remain in the conflicts happening abroad. More support was to be sent.  This started the draft, or as the media called it, ‘The Great Patriotic Duty.’  The government focused on high school students, promising 17 year olds an early diploma if they joined only the Army or the Marine Corp.  Tours were extended indefinitely and entire military families began residing in allied occupied areas of warzones in order to keep the soldiers focused.  The United States began occupying and building military bases in countries such as Jordan, Syria, Iraq, Afghanistan and Libya. Attacks on Iran began with no evidence to who fired first.  Russia officially intervened and skirmishes between United States and Russian troops began on small scale with most of the battles being hid from the public and only broadcasted through alternative media outlets.

By 2018 more than half of Congress was personally picked by Hillary and the first laws passed ratified the Constitution overnight making all handguns illegal according to their “Easy Concealment” and all rifles became illegal, including hunting rifles, because of their “Destructive Capabilities.”  All registered firearm owners were investigated and ordered to report to their local police departments for confiscation or seizure of their weapons within 20 days.  No compensation was ever given.  Arrest warrants were issued by Supreme Court Judges for all those who failed to comply with the new laws.  All police officers who didn’t enforce the new laws were fined and even jailed.  This led to many domestic skirmishes that started rumors of civil war but were propagandized quickly by the mainstream media as homegrown terrorists and Russian sympathizers.

All international travel was immediately banned which destroyed many businesses overnight and put huge restrictions on all imports and exports.  Even the food on store shelves became scarce. Most individuals had to resort to government aid in order to be placed in a line just to enter a grocery store.  All grocery store chains became guarded by the police and huge gates were installed around them which forced many families to grow food from home or to begin raising livestock.  However, restrictions were added and entire families, including children, were arrested for not meeting unattainable requirements that the government had set for such activities.  In short, crime increased due to starving families and the Black Market grew.

This crime led to attacks on police departments by small guerilla armies.  The public began to see these attacks immediately as a comparison of Robin Hood stories because the food taken was quickly distributed to the public in order to create even more resentment against the overbearing regime.  All states passed an Interstate Highway ban of travel for ‘public safety’ which further destroyed commerce as a whole.  It was quickly realized by the government and the people that there wasn’t a large enough police force to deal with the ongoing domestic disturbances throughout the nation while simultaneously sending the youth forcibly overseas to war.

False flag bombings began in every major metropolitan area in order to give a more heightened police presence.  The “official” reports are that they are from terrorist related cells but everyone knows that they are inside jobs being conducted by shadow operatives of our own government.  Many of these attacks are also being done by heavily armed and equipped groups of men that are masked and look remarkably similar to special forces or paramilitary groups.  Many average citizens have been surfacing and fighting back but the mainstream media is quickly labeling these individuals as insurgents that are to be also considered terrorists.  It is well understood by the general population that the point of these attacks is to destabilize major cities such as New York, Seattle, Los Angeles, Tampa and Houston while elected officials of these cities are stressing that everything is fine.  Canada has taken in American refugees in secret or so the word on the street is but everyone knows anybody caught crossing the border will disappear indefinitely.

As I left the last bastion of hope was still alive.  The internet is still active and government groups are continuously working to quiet and delete all information circulating that doesn’t fit into their agenda.  A special directive was passed that allowed troops representing the United Nations to occupy and provide supplies in major cities but reports have come down saying that this has caused more harm than good.  Entire families are to report to special housing centers while U.N. troops go door to door arresting and even killing all those they deem an insurgent.  This was already happening in New York but never broadcasted.  These rumors only circulated through the internet with the occasional video here and there.  The majority of the nation has declared that the United States is occupied by foreign troops.

Although many coups have occurred amongst the military ranks they are all considered rumors because no proof of these events have been announced or shown to the public.  Militia groups are organized and are actively defiant but are considered worse than criminals. For the most part no one knows where they are much less who they are.  It has been said that Mexican troops have been seen occupying some of the Southern states. Apparently they are laying claim to land that once belonged to them while the government announced a new form of currency will take place that strengthens the bonds between North and South America.  No one has seen this currency yet.  Beijing and Israel have become power centers of the globe as many celebrities have denounced their American citizenship publically and have moved themselves, their families and private security overseas.

All I can say is the United States I just came from looked no different than the pictures and videos I saw of Syria back in 2015.  Bombings throughout the nation have occurred not just by terrorists but by the remaining armed forces in conjunction with the U.N. troops that are not overseas fighting illegal wars.  They have skipped declaring war on the American people and just started.  No one knows when or where the government will attack.  Russian troops have threatened to annihilate any Western troops that they see intervene with Iran.  Our citizens are no longer able to defend themselves.  Shadow forces of the government are purposefully destabilizing our once great cities that were some of the world’s largest tourist’s attractions.  Travel is pretty much illegal and impossible as no food, gas or money is available in excess and most families are either eating a whole lot less while growing their own food, committed to crime or have just disappeared altogether because they reported to a housing center.  Hillary claims our country is great.  On every channel she holds a special message once a week as her “Weekly Update”.  Please help to change this future.

Authors Note: I’m not really back from the future.