HyperLoop SuperSonic Underground Transport: NY to DC in 29 Minutes. Secret Government Technology to be Deployed to the Public? 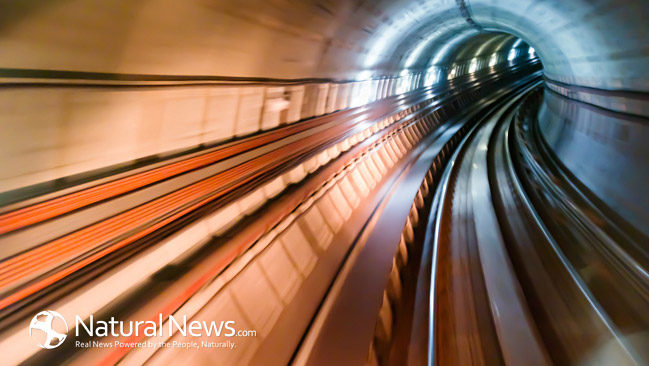 Many times military technology kept secret for years can have a second life in the civilian marketplace. Very lucrative contracts can be had for private corporations using advanced military technology not yet seen by the public. A sort of hand me down approach is taken by partnering government with corporations. Making it seem as if the revealed technology is “cutting edge” and the first of it’s kind. Even if it has been suspected to exist for years. A sort of urban legend. The denials keep coming. Until there are no more denials and the idea is slowly normalized.

This very fascinating urban legend is the concept of Deep Underground Bases and the Tunnels that connect them. A staple of conspiracy theorists and science fiction novels. Often derided as pure fantasy that could not possibly exist when mentioned in the context of secret government technology. The realm of “tin foil hats” and little green space men. Until it is no longer a fantasy.

It seems Elon Musk has gotten at least verbal approval to build his Hyperloop Underground Supersonic Train system between N.Y. and D.C.. Possibly able to make the trip in 29 minutes or less. Basically a magnetic levitation train in a vacuum tube underground. Able to go incredible speeds and span the United States using underground tunnels and bases. Where have we heard this before? Possibly from your crazy uncle or a wide eyed host on a conspiracy podcast. Well they may not be so crazy anymore.

The concept and urban legend of secret government tunnels with hypersonic transport spanning the United States underground is nothing new. Having been around for over four decades. Since the original Rand Corporation designs were put forth in the 70’s. The Hyperloop is the exact same design as Robert M. Salter. A scientist with the Rand Corporation that wrote the Very High Speed Transit System in 1972. Followed in 1978 by “Trans Planetary Subway Systems: A Burgeoning Capability .

These documents form the basis for theories that this technology already exists and has been in use for quite sometime by the government. Connecting important underground military bases around the continental United States with a high speed underground transport system. The original HyperLoop concept paper credits Rand Corporation’s designs and contributions.

It has been speculated that this very same system has been functional for years. The HyperLoop and V.H.S.T. (Very High Speed Transit System) first proposed in 1972 are basically the same idea. Almost identical. An aerodynamic train like pod configuration in a vacuum sealed tunnel gliding on magnetic levitation. Overcoming air friction. Able to carry both passengers and cargo at supersonic speeds. Almost every science fiction fan has come across ideas of a underground supersonic transit system connecting major Deep Underground Bases.

Technologies that are not meant for public view are kept hidden in “black budget” projects. Trillions in the pentagon budget cannot be accounted for. Often when these subjects are seriously researched the matter is lampooned or dismissed. Until the time is right to make some money with hand me down government technology.

When these amazing scientific advances are popularized. It is done slowly and presented as cool and convenient. As with computers, cell phones and the internet. As with many other modern technologies. One rule applies. The military gets it first.

Then some civilian corporation with close ties and funding from the U.S. government just happens to “pick up” the research. Military research and development that is decades old has a second market in the public sector. This may be the case with the HyperLoop system that Elon Musk is proposing. Even the HyperLoop map is striking similar to the ones put forth by the Rand Corporation in the 70s linked in this article.

Deep Underground Base and Tunneling technology that has been suspected to exist for decades. These subjects are dismissed as theory until they are no longer theory.