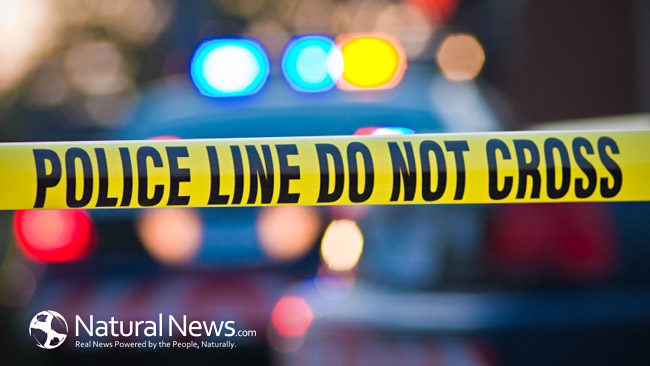 A new study by the Government Accountability Office (GAO) has uncovered hundreds of accidents at official U.S. bioweapons laboratories—some of which had the potential to release deadly pandemics into the general population.

The GAO reports that the number of U.S. bioweapons labs—euphemistically called “biodefense research laboratories” today—has grown threefold in the past decade, from under 500 in the 1990s to 1,495 in 2014. Many of these labs hold some of the deadliest of viruses and bacteria, some of which have been altered to become weapons.

The Centers for Disease of Control (CDC) sought to downplay the findings, saying that the facilities followed strict standards for containing the accidents and the general public was never in danger.

But on July 14, 2014, the Cambridge Working Group issued a statement “on the creation of potential pandemic pathogens” that should be on the front page of every newspaper across the United States.

The Cambridge Working Group is made up of some of the top minds in public health today from Harvard, Yale, University of Pennsylvania and the Albert Einstein College of Medicine.

Here’s what they had to say:

Recent incidents involving smallpox, anthrax and bird flu in some of the top U.S. laboratories remind us of the fallibility of even the most secure laboratories, reinforcing the urgent need for a thorough reassessment of biosafety. Such incidents have been accelerating and have been occurring on average over twice a week with regulated pathogens in academic and government labs across the country.

An accidental infection with any pathogen is concerning. But accident risks with newly created “potential pandemic pathogens” raises grave new concerns. Laboratory creation of highly transmissible, novel strains of dangerous viruses, especially but not limited to influenza, poses substantially increased risks. An accidental infection in such a setting could trigger outbreaks that would be difficult or impossible to control. Historically, new strains of influenza, once they establish transmission in the human population, have infected a quarter or more of the world’s population within two years.

So what kinds of mishaps are they talking about?

Kenric War with the website Watchdog.org writes: “The CDC said there were 16 incidents of lost or escaped microbes from select-agent labs in 2004, meaning everything from misplaced samples to an infected researcher walking out the door harboring a virus. That rose to 128 in 2008 and 269 in 2010.”

War added that the types of viruses and bacteria that these scientists are toying with should be of great concern.

“The University of Wisconsin garneredinternational attention[in July 2014] when one of its leading researchers created an especially resilient strain of the deadly H1N1 influenza virus,” wrote War.

On a more positive note, have you read my special report, “Survive in the Age of Superbugs”? It’s free on Rabble’s website. All you have to do is sign up for their electronic newsletters, many of which I write.

Chris DePaulo is a staff writer for Rabble Magazine, focusing on health, nutrition, lifestyles and the environment. To download the free special report “Survive in the Age of Superbugs,” sign up for RABBLE’s free e-newsletter on the website, RabbleMagazine.com.