Human Brains Are Shrinking – Are We Getting Dumber? 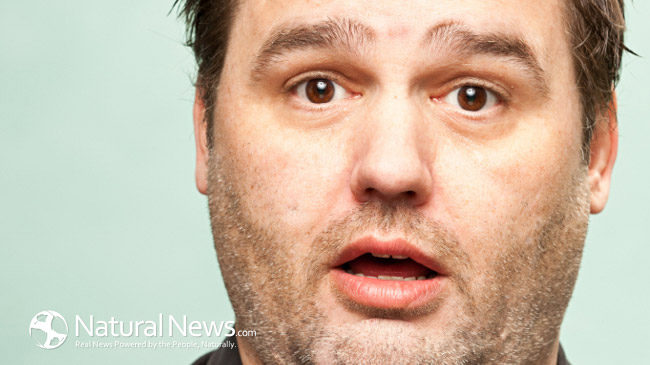 Turn on the TV or read some of the comments on any popular blog post and you can’t help but wonder… are people getting dumber?

It’s largely believed that the human brain continues evolving to be bigger and better, but this is a myth. The average human brain (relative to body size) has been getting smaller, not larger!

When humans “upgraded” their hunter-gatherer ways for civilization — living in larger groups and depending on agriculture and domesticated animals for sustenance — our brains started shrinking.

Scientists do not agree on the cause of this phenomena but we only have to look at the brains of animals to see what might be going on.

All domesticated animals have smaller brain mass compared to their wild cousins. Wolves for example have larger brains relative to their body size than dogs. People who study wolves find they are smarter than dogs in every way that counts. Dogs excel mainly at reading humans and getting us to do what they want!

Why would providing food and protection from predation to domesticated animals cause them to lose brain mass?.

There are several theories of why this would be so:

What We Can Learn from Koalas and !Kung

We only have to look at koala brains to see what could be in store for humans.

Koalas are unusual mammals in that they eat only one food — eucalyptus leaves. They barely move since they have little need to leave their tree. They don’t even need to climb down to find water. In fact “koala” is an Aboriginal word meaning “no water.”

But it wasn’t always this way. Koala ancestors used to eat a variety of plants and spent an average amount of time in search of food and escaping predators.

Today’s koalas have 40% smaller brains than their ancestors. Koalas are known for being dumb compared to other mammals and for being easily overwhelmed when facing new circumstances.

This is no coincidence. A single food diet and lack of activity have caused their brains to shrink.

If eating less variety of food and being inactive sounds familiar that’s because it sounds exactly like a modern human being!

Walk into any supermarket and it seems like we have more variety of food than ever.

But the average American gets 70% of calories from 3 foods — wheat, corn, and soy.

Compare the modern diet with that of the !Kung people of the Kalahari Desert – one of the few groups of pre-modern humans left.

You’d think there’d be few foods available in such an inhospitable desert. But the !Kung have an astonishing variety in their diets — consuming over 360 plant and animal species!

Some scientists theorize that our brains have become more efficient as they’ve gotten smaller but that may be wishful thinking. The main evidence to support this is “Look at all the cool machines we’ve built”. Yes, we are undoubtedly tool builders extraordinaire, but the mess we’ve made of this world tells a different story about how smart we really are.

IQ, which is one measure of intelligence, has gone down since the Victorian era. So have reaction times.

There’s little doubt that modern technology, social media, and information bombardment are changing our brains and not for the better. Goldfish now have longer attention spans than the average American. In 2000 the average attention span was 12 seconds. By 2013 it dropped to 8 seconds while goldfish are holding steady at 9 seconds!

Take a peak at this 8th grade exam from Bullitt County, Kentucky.  How do you think you — or the average 8th grader today — would fare? (Remember this was well before the day of the pocket calculator.)

Here are 3 questions I’ve randomly chosen from the test:

Grammar Question #1: How many parts of speech are there? Define each.

(You might find that some questions on the test are no longer relevant, but things like math and grammar haven’t changed.)

What Does the Future Hold?

Modern life takes a greater toll on our brains than most people realize.

Many people lack proper nutrition, exercise, and sleep all essential to an optimally functioning brain. “Brain drains” such as stress, substance abuse, pharmaceuticals, chemical exposure, and pollution of all kinds are ubiquitous.

The state of our brains is not only reflected in size and intelligence, of course, but also in our emotional well-being. Modern society is doing terribly in this department. We’re currently suffering from an epidemic of “broken brains” with autism, ADD, ADHD, depression, anxiety, panic attacks, insomnia, dementia, and Alzheiemer’s on the rise.

Unless some major changes take place in the way we live, I have little doubt that decreases in intelligence and mental well-being will be accelerating in the next few generations.

Deane Alban holds a bachelor’s degree in biology and has taught and written on a wide variety of natural health topics for over 20 years. She teaches the best ways to stay mentally sharp for life at her website BeBrainFit.com. Brain fog, “senior moments”, and fuzzy thinking are signs your brain is not working as well as it should. Discover how to nourish your brain and optimize your brainpower — sign up for her email series 21 Days to a Brighter Brain.

Check out Deane’s other articles on Natural News here.