How Unschooling our Children Can Help Them Flourish, Develop Natural Abilities 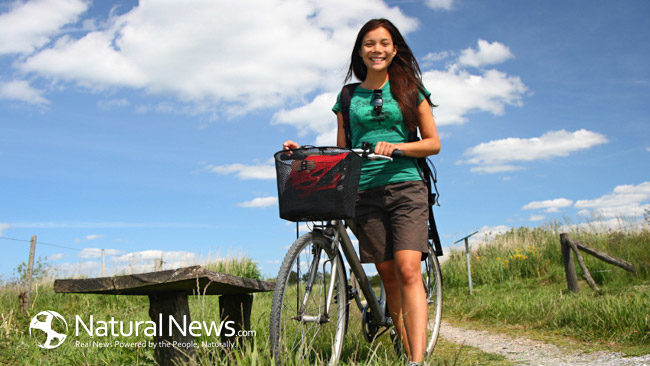 “Only a few children in school ever become good at learning in the way we try to make them learn. Most of them get humiliated, frightened and discouraged. They use their minds, not to learn, but to get out of doing the things we tell them to do—to make them learn.”

These are the words written by a teacher, John Halt, who eventually became a strong advocate for homeschooling. In his book, How Children Learn (Amazon affiliate link), he outlines the ways in which young children learn, honing in on the importance of helping children develop their own natural abilities.

His thoughts are far from exclusive. In fact, they are embraced not only by those who advocate homeschooling, but who take it a step further and want their children to learn even more naturally through what is called “unschooling.”

Quite simply, unschooling is an alternative learning approach that rejects the structure and teaching methods typically applied in traditional school settings. Instead, a more natural approach is favored where the child seeks out what they want to learn based on their interests and desires. The idea is that when they gravitate towards natural curiosities and experience real-life situations, not ones told from one teacher’s perspective or an institution’s one-size-fits-all approach, children flourish. It embraces following one’s passions where and when they want, rather than subscribing to rote memorization or being quizzed on overwhelming amounts of information.

The concept of unschooling is also explained at a Walker Art Center lecture where unschooled filmmaker Astra Taylor was introduced. The school’s family programs manager talks of Taylor’s success. At the age of 30, Taylor directed two feature films and continues to be a rising star. Yet, she was unschooled until the age of 13.

“There were no report cards, no recess or ringing bells to structure her daily regimes of learning,” says Taylor’s speaker. “Instead, each day was a self-guided approach to following whatever curiosities came to the surface.”

Furthermore, in John Taylor Gatto’s book, Dumbing us Down (aff link – buy from Amazon), a piano teacher expounds on that notion, writing in the foreward that “. . . learning can be shaped and even taught, not in schools as we know them, but as John Gatto says, when a mother and daughter take a trip to talk to a police chief or when some children learn how to put out a newsletter by apprenticing to a publisher.”

Despite Controversy, Unschooling is Catching On

Indeed, the idea of bucking traditional schooling in favor of this more unconventional one is catching on.

News articles discuss the concept, writing about the benefits of this hot topic by touting the freedom from schedules and lesson plans. Instead, children live a life where, for example, cooking dinner may be an ideal opportunity to learn measurements and math. Or, music is explored not by elaborate explanations of pitch and tone, but by children singing together in a park or playing a guitar alone on the porch.

Of course, controversy abounds, with many people resistant to change. Some are simply steadfast believers that our school systems are churning out outstanding students just as fast as they are churning out pop quizzes and other information. Others feel rejecting a system that’s been in place for so long is unconstitutional and inappropriate. The professional guidance that teachers and the systems they represent, they say, is invaluable and not to be overlooked.

However, experts estimate that approximately 2 million home-educated students in the U.S. and about 10% practice unschooling ideals.

Idzie Desmarais, a free-spirited 22-year-old woman living in Montreal, Quebec was unschooled. She advocates learning in this manner, focusing on the fact that she’s made connections with a network of friends and professionals throughout North America and is a spiritual person that values honesty. She expresses her beliefs on her engaging blog, I’m Unschooled. Yes, I can Write.

“I think unschooling has been a very important part of my own life and that the ideas found in this philosophy can be a powerful tool of both personal and social transformation,” says Desmarais.