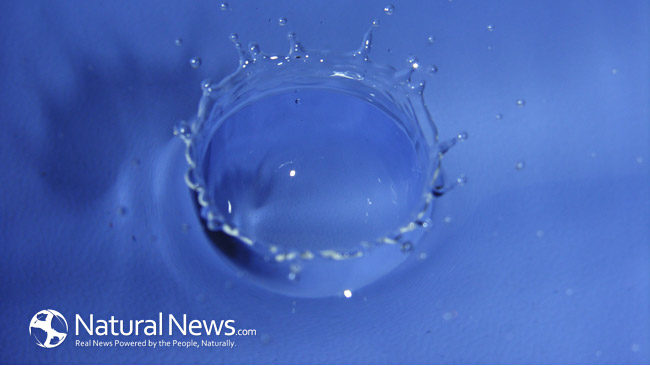 Regardless of anyone’s ignorance or assurances that it’s not so bad, it is. What it is: toxic pollution of our air, water and food. We’re bombarded with it from the chemicals in our environment that began in the 20th Century and proliferated exponentially since WWII.

We need to detox often, not just when we’re half-dead. Any kind of detoxification lifts a burden off of the body’s immune system and allows a homeostasis (balance) of internal systems to occur, permitting the body’s organs to function together smoothly.

You may have heard of chelation therapy, which is a bit expensive, a tad risky, and requires a medically trained person to administer. But what if you can detox from heavy metals and other toxins at home alone cheaply?

Zeolite to the Rescue.

Unfortunately, zeolite has been tarnished and confuse by multilevel marketing (MLM) companies who claim to have the best and only liquid zeolite. I’ve been involved with a couple of them.

The thing about liquid zeolites is that they are heavily processed from volcanic mineral rocks with extreme heat and acids. The results are questionable while their expense is unquestionable.

Zeolite has an unusual negatively charged nano-cage property. Each tiny particle has a negative charge to attract positively charged heavy metals out of tissues and blood.

So the zeolite cages wait for the blood to come to them and trap the toxins. This passive toxin capture avoids the hazard of blowing out toxins from tissues that may overwhelm the liver and kidneys.

Also, each zeolite particle has openings that create a cage to trap those positively charged heavy metals and keep them that way until the zeolite cages and their captured heavy metal particles are escorted out of the body via normal elimination pathways.

Adsorption, not absorption, notice the “d” and “b” difference, is the process of electronically attracting and binding rather than absorbing like a sponge. So zeolite adsorbs and chelates heavy metals.

Heavy metals tend to be stubbornly enmeshed in internal tissue matter or remain in the blood because they cannot be metabolized or filtered out by the liver and kidneys or eliminated through the skin with perspiration easily. This leads to long term bad health issues leading to DNA damage and disease.

That’s why the easily internalized adsorbing, chelating activity of zeolite is so vital for optimum health in today’s toxic world.

It’s been established that low body pH or acidity is the “stagnant water” that attracts pathogens to flourish as well as create an unusual type of cellular metabolism called cancer.

Zeolite also helps you eliminate radiation. The Russians gave zeolite freely to children who were exposed to Chernobyl’s radiation from the reactor’s disastrous meltdown.

Some are concerned with zeolite’s technical description: A porous crystaline aluminosilicate. The aluminum in zeolite is bound with silica. Unbound, aluminum is toxic. Bound within a compound molecular structure, it’s beyond harmless. It removes unbound aluminum toxins from the body.

Why not try the inexpensive crushed Clinoptilolite mineral’s tasteless rock powder and ingest it safely with water or juice? Those who have used it report a sense of improved health and well-being.

That’s what you can expect with Clinoptilolite Mineral Zeolite with one to three teaspoons full a day for a few weeks. I don’t bother trying to mix it with water. It’s too sandy for me to mess with. I just flip the teaspoon of zeolite powder into my wide open mouth and wash it down with water.

It’s actually more palatable for me that way. You can experiment with whatever works for you. A one pound bag usually goes for $25 to $30, which can be ordered online from a couple of the sources below.