How to Detoxify Your Body – the Real Way 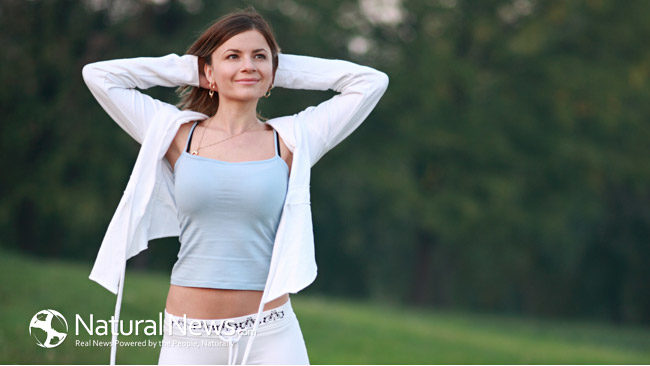 The natural healthcare community has placed a premium on the importance of proper nutrition, and rightly so, as nutrition is arguably the centerpiece of real healthcare.  However, this emphasis often comes at the expense of marginalizing nutrition’s lesser promoted sister, detoxification.

Detoxification is a word that has been thrown around and slapped on store-ready products that really pale in comparison to the profound benefits true detoxification can bring.  True detoxification is generally more difficult and time-intensive to undergo, but it can bring about changes that can radically change the course of one’s health, in ways that supplements alone, with some exception, are generally unable to match.

Toxins accumulated throughout one’s life take a heavy toll on health, and unless properly addressed, they can weigh on the body’s ability to carry on each day and heal itself of on-going problems.  The extent to which accumulated toxins do can truly not be appreciated until one goes through a detoxification course oneself.

While there is some room for debate, I’ve found that there are only six forms of detoxification that are truly essential, and that represent true ways to remove years of accumulated build-up in the body, that bring about drastic, almost universally positive change, with the disclaimer that certain health conditions might prohibit a person from undergoing one or more of the methods.  These six forms are the following:

I’ll provide a brief summary of each one, and then in more detail describe the processes and benefits of each in subsequent articles.  But for an overview, here’s a quick primer.

Fasting involves living on a liquid-only diet for a period of time.  It has been popularized in the media with the “Master Cleanse” recipe of a fast consisting of lemon juice, grade B maple syrup, and cayenne pepper.  However, not all fasts are equal—to experience the true benefits of a fast, a minimum of seven days is normally required, though it can depend on whether the fast is more heavily based on water or non-water liquids.  A fast under three days, while beneficial, does not provide the deeper cleansing a longer-term fast can provide.

Colon cleansing is the removal of accumulated waste in the colon, which can weigh anywhere from a few pounds to 15 lbs. or more.  The two major ways to do this are colonics and supplement-based programs, the latter of which usually involves taking laxative teas for a month or longer.

Liver/Gallbladder cleansing is the removal of gallstones from the liver and gallbladder.  It is considered highly controversial because the traditional Western medicine view is that gallstones only form in the gallbladder, cannot be removed except by surgery, and can only show up through ultrasounds.  However, in my experience and research this is not the case.  A person can hold thousands of non-calcified gallstones that do not show up on ultrasound scans, which can only detect calcified ones, throughout the bile ducts in the liver and inside the gallbladder.  These gallstones clog up both organs and cause a variety of health problems.  If you’re unsure whether this is an issue for you, the general anecdotal test is this: if you ever have heartburn, you have gallstones.  The most common recipe to do a liver/gallbladder flush involves olive oil, lemon or grapefruit juice, and Epsom salts.

Parasite cleansing involves the use of herbs, primarily black walnut leaves, cloves, and wormwood, and/or zapping, the use of weak electrical currents, to kill living parasites in the body.

Heavy metal cleansing is the removal of heavy metals from the body, metals like mercury, lead, and aluminum.  Along with parasite cleansing, this is one of the two forms of detoxification in which the supplements themselves do the heavy lifting, and it generally requires two to four months to fully complete.  It can also be done intravenously.

Lymphatic cleansing is the removal of accumulated toxins from fatty tissue through the skin, through prepared sweating.  Sweating in general is known to remove toxins through the skin, but the difference with a real lymphatic cleanse is the use of niacin, Vitamin B3.  Niacin open up fat cells that have stores of toxins accumulated through a person’s life, toxins that include pharmaceutical and non-pharmaceutical drug residues and chemicals.  The process of undergoing a thorough lymphatic cleansing typically takes a month commitment of one to several hours per day spent in a sauna, preferably with proper supervision, as well as heavy nutritional supplementation to support the body through a straining, but rewarding process.

I will go into more depth on each of these in subsequent articles, but if nothing else, please mind the importance of real detoxification in addition to proper superfood nutrition, and be wary of purchasing any supplement that markets itself as a general detoxifier.  These tend to be false marketing claims meant to take advantage of the typical consumer.  While many good supplements can provide a detoxification effect, meaning a removal of toxins from the body, these effects should not be confused with the very large, unable-to-be-replicated benefits that can only come from true detoxification programs.