How Hemp Oil is changing the Chronic Pain Management 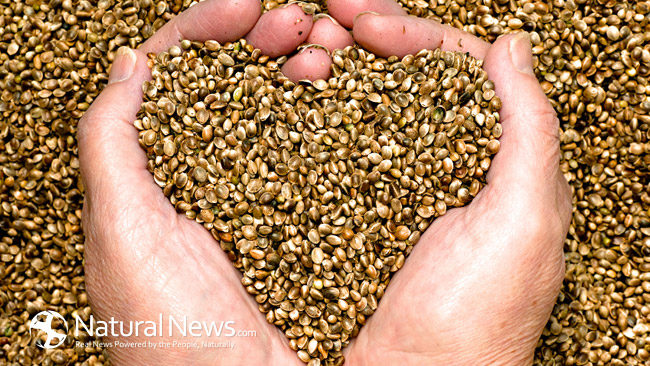 Recent statements by Dr. Sanjay Gupta have been quoted and requoted all over the media, and for a good reason. It is an important issue, and his is an important voice. Here is a quote from a blog on MSN:

Those who doubt medical marijuana’s usefulness, put this in your pipe and smoke it: Dr. Sanjay Gupta, neurosurgeon and CNN’s chief medical correspondent, formerly on your side, has reversed his position and come out strongly in favor of the use of cannabis to treat various medical conditions.

“I think we have been terribly and systematically misled in this country, and I did part of that misleading,” he said, apologizing for not supporting medical marijuana sooner.

He said there was “no scientific basis” for claims that marijuana was not beneficial, while a host of studies conducted outside the U.S. and patient experience proved it could alleviate symptoms that even stronger, more addictive and dangerous drugs could not. Refusing to offer marijuana as a medical treatment, he said, was “irresponsible.”

Sometimes when you think that there must be a conspiracy between some parties controlling an aspect of your life, it may turn out that you were right! You can watch a webinar about the history of Hemp Oil and how it helps heal cancer and inflammation.

One excellent example of the conspiracies is the story of hemp. But before I get into that, let me tell you about coconut oil.

In the 90’s, coconut oil was used to top that yummy popcorn we all ate as we watched our movies. Then someone decided that it caused health problems and theaters were banned from using it. Coconut oil became taboo.

True enough, not all coconut oil is cold pressed and trouble-free, but coconut oil’s benefits are now shouted from the rooftops, or at least in many health food store aisles.

So what really happened in the 90s?

The people who make vegetable oils won the public relations battle. Coconut oil disappeared from the movie theaters and from grocery store shelves for a decade, replaced by Canola, Corn and Safflower Oil to name a few.

Hemp suffered a similar fate back in the 1940s.

Why should you care about it? Because hemp extract, and especially one of its components, cannabidiol, are excellent anti-inflammatory agents. Most everything that causes aches or chronic pain your body can greatly benefit from adding cannabidiol (CBD) to your menu.

Let me quote some government research:

Besides dealing with many types of cancer, CBD is very good at calming over-excited nerves and “study demonstrated that endogenous cannabinoid system signaling is likely to provide intrinsic protection against colonic inflammation and cannabinoids may also contribute to pain modulation through an anti-inflammatory mechanism.”

In 1937 the Franklin D. Roosevelt administration crafted the Marihuana Tax Act of 1937, the first US national law making cannabis possession illegal except for industrial or medical purposes.

Fast forward 60 years, and we have the near perfect replica of the Prohibition years, except we call it the War on Drugs. We are jailing millions of people, killing thousands of them in turf wars, and wasting billions of dollars investigating, suppressing, incarcerating and eradicating. How can the final outcome be anything different than what happened with the Prohibition?

But I digress. This post is about health, inflammation, and cancer.

Raw Hemp has fantastic healing properties. Cannabidiol (CBD) is one of the compounds, and it is responsible for much of the healing effects.

The good thing about it is this: it is legal. THC, the other major ingredient in the varieties of hemp that would get you high, is not, at least not in every state.

I found a video that explains rather well how juiced hemp deals with inflammation, chronic pain, and other illness. Note one major point they make: even the type of hemp that would get you high when heated (smoked or baked) does not have the mind altering effect when ingested as cold-pressed or juiced.

Let me address the most frequently asked questions about Hemp Oil:

Sorry! Not with the CBD hemp oil. And not even with home made fresh hemp juice.

2. Will I become addicted?

Hemp oil does not cause your body to crave more. It is non-addictive, harmless, and effective for practically any medical condition.

3. Is this the same as hemp seed oil?

No! This oil is made from the hemp stem and stalk extract. It is the essential oil of the hemp plant. Health food stores sell oil made from hemp seed that is often mislabeled as hemp oil – it should be called hemp seed oil. Although the seed oil is very beneficial, it does not contain enough CBD to have any effect on cancer and other serious illnesses.

I want to mention to you a movement that has been unfolding for several years in the background or underground, started by a very brave man, Rick Simpson. He has been using the name Hemp Oil for a product that is the extract of the marijuana bud, rich in both CBD and THC. It would be better if it were called “marijuana oil” to distinguish it from the “hemp oil” that is rich in CBD only.

Rick’s story is compelling, and well worth your time:
Video with Rick Simpson, part 1 of 7
and the official Rick Simpson channel

You can order CBD-rich Dixie Botanicals products to help with your chronic inflammation, lower your pain, improve your moods.

My story starts 30 years ago when as a naive young man I stepped into a dentist's office with a freshly earned medical insurance. Twelve mercury fillings later my life took on a new course. During the next 20 years while I was working as an Information Technology consultant (my university education is in business administration and computer science), I also became my own research project in learning about the dysfunctional medical system, its failure to seek holistic or strategic solutions, and the collusion of industrial interests to perpetuate treatment instead of healing. My health decline was profound, and eventually I hit the proverbial wall. I gave up on the problem oriented allopathic approach, and applied my training to analyze the situation. I now understand the cause of degenerative disease, I reversed it in myself, and am helping thousands to do the same for themselves. I believe in personal empowerment. I help people take charge of their own body and restore their health
. For the last 12 years I have been running Life Enthusiast, and work there as a health coach. I am certified as a Metabolic Typing Advisor, and write about Biological Individuality, the main reason people cannot use the one-size-fits-all approach pushed in the mainstream. You can find me on http://www.life-enthusiast.com I will write about chronic health problems, and how they can be reversed using natural products. I will advocate for organic food, and things one could find in health food stores.