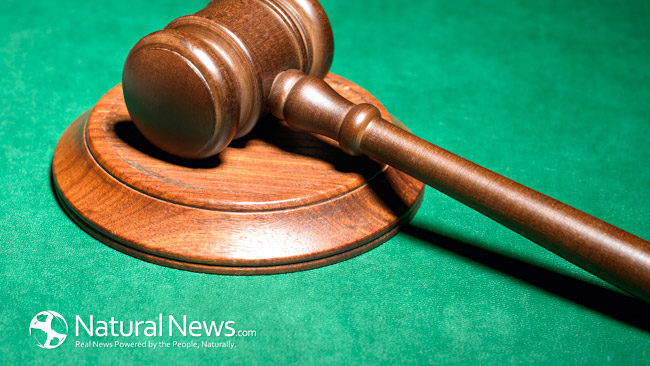 Dr. Harvey Bigelsen, author of the paradigm setting book, “Holographic Blood, a New Dimension in Medicine” and “Doctors are More Harmful Than Germs”, a book critical of the cut and drug approach of government approved medicine is still awaiting a ruling from the Superior Court of Nevada City California on spurious charges levied against him and against his son, Josh after an illegal sting operation and subsequent raid at the Biological Health Institute on March 20, 2014. In yet another unexpected delay, Superior Court Judge Candice Heidelberger, citing the loss of a document by the Courts and the need for more time to analyze the multiple briefs filed in the case, will rule at a hearing at 9 a.m. on November 25th barring the written release of her ruling prior to that date.

Sixty supporters of Dr. Bigelsen packed the tiny courtroom on November 13th expecting dismissal of all charges against the Bigelsens and the return of property confiscated during the illegal raid. Supporters voiced their confidence that Judge Heidelberger would be fair in her assessment of the unlawful sting and the raid as violations of Dr. Bigelsen’s Fourth Amendment rights. This latest delay comes sadly as the Bigelsens are packing up their office and taking down the artwork painted for them by so many grateful and loving clients. After eight months of lawyers’ fees, Court costs and the inability to reopen their business, without a conviction of any wrongdoing, the Biological Health Institute is no more.

Dr. B, as he is affectionately known, has worked tirelessly to understand the connection between what can be seen in live blood and its reflection of the individual person. Live blood is a “snapshot” of the condition of one’s health. I have, like so many others, felt my life and energy restored by applying the lessons learned from the blood.

Dr. Bigelsen’s discoveries and his advancements over the work of his predecessors in the study of live blood constitute an understanding of our living energetic systems that is unprecedented in Western medicine. Dr. Bigelsen had begun sharing his knowledge, teaching the next generation of homeopathic practitioners how to understand the holographic nature of our blood and how it applies to us as individuals, the last classes being taught only months before the unlawful raid and confiscation of his microscopes by the State of California.

The charges against Dr. Bigelsen and his son Josh Bigelsen were instigated by a local allopathic dentist who had never been a client of the Bigelsens’ and had taken exception to Dr. Bigelsen’s outspoken advocacy for homeopathic care.

Dr. Bigelsen had been the target of retaliatory persecution years ago for his authorship of the Arizona Homeopathic laws. In the determined efforts to stop Dr. Bigelsen from his advocacy and practice of homeopathic medicine, what amounted to a Medicare sting operation was launched against him, going primarily after the cases of an associate in Dr. Bigelsen’s office. By the end of the persecution, Dr. Bigelsen was cleared of all but minor infractions, amounting to a plea bargain of $145 but was still being threatened with further action unless he voluntarily surrendered his license. There was no viable option, except to comply.

Working under the legal auspices of another physician and advising his clients that his own medical license had been surrendered, Dr. Bigelsen returned to his work, giving life changing assistance to countless people, many of whom had previously gone to allopathic medical doctors and were frustrated by the lack of effective diagnosis and treatment offered by standard medicine.

Dr. Bigelsen, who turned 74 in October, has bounced back from other attacks against him for his courageous advocacy of homeopathic health care. Now that the Bigelsen’s have lost their home and moved to smaller quarters, lost their business because they have been forbidden to consult their clients and have been forced to pay the legal costs of defending their innocence, we are looking to Dr. Bigelsen and hoping that he will bounce back yet again.

The State of California has exacted its pound of flesh. Those of us who have been the clients of Dr. Bigelsen, Josh and the Biological Health Institute have lost our access to our homeopathic care. Others in the homeopathic profession are frightened, knowing that they may be next. No crime was committed. No conviction was made, yet Dr. Bigelsen was effectively and efficiently run out of town.

And what of the blood work that was being taught to another generation of homeopaths? The work must continue. We must legally protect our homeopathic practitioners. Will there even be homeopathic medicine in the years to come? There will be if we stand together.

Will the American medical establishment continue to eliminate our access to homeopathic health care? I’m afraid so, unless we are willing and able to travel abroad or willing to demand our rights to our choice of health care right here at home.

In a time when science is realizing the holographic and fractal nature of energetic matter and is beginning to realize that live blood analysis is a natural window into our health, will we lose access to the preeminent authority on live blood? We already have, at least in Nevada City. We can only hope that Dr. Bigelsen and his son; Josh will continue their work on friendlier shores.

The Bigelsens have been invited to teach in England and elsewhere where the politics of American medicine must be tempered with the authority of other governments. The value of holographic blood analysis is recognized in Europe, in Asia, and everywhere where people are not hindered from seeing its results.

Dr. Bigelsen recently marked the passing of Dr. Masaru Emoto who had written this commentary on Dr. Bigelsen’s work:

“Over the course of his 25 years of research, Dr. Bigelsen has learned how to interpret images created by the blood in order to understand a person’s total health. He has found that blood, like water, is a messenger of a person’s emotion and consciousness. This is exciting and spectacular research and my hope is that it will be shared with the world.” Dr. Masaru Emoto …from the back cover of “Holographic Blood, a New Dimension in Medicine” by Harvey Bigelsen, M.D.

The Bigelsens are understandably discouraged over the unlawful assault on their ability to help their clients here in this country. Their defeat in the battle to honestly and honorably play by the rules, their prohibition against seeing clients who need them, their personal and financial ruin are punishment for bucking the system… and a warning to anyone else who would dare to do the same.

We all need to stand up for our rights without fear of persecution. It is by our silence that we surrender our rights…and our health. We need to stand with Dr. Bigelsen and the Bigelsen family as they bravely defend their right to deliver the health care that can drastically improve or even save our lives.

Visit the “I Stand Behind ‘Dr. B’” Facebook page as well as the page for “Dr. Harvey Bigelsen”. Follow this case online with Keri Brenner at the Union in Nevada City. Contribute to the Bigelsen Health Freedom Fund at http://www.gofundme.com/anqfy4 and if you can, come to the Nevada City Court House, 201 Church Street Nevada City, California to stand with the Bigelsen family at 9a.m. on Tuesday, November 25th.

Here’s to a Happy and Healthy Thanksgiving…for everyone.