The History of Cat Food: Why You’re Probably Feeding Your Cat Wrong 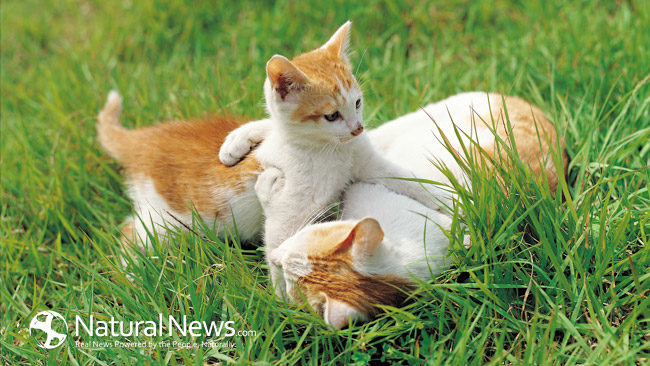 Let’s take a trip through time.

The unifying thread woven through all of these curious scenes is, as you guessed, cats – and the food they eat.

While human fads and fashions change with the seasons, cats seldom change as years go by.

Their natural dietary needs haven’t changed, either. Nevertheless, humans always have to do things the hard way. Ideas about feline nutrition have transformed quite a bit over the years.

We’ll begin our journey over 12,000 years ago. These are the days of felis silvestris lybica or the African wildcat. This small cat living in Africa, the Near East, and around the Arabian peninsula, is the ancestor of the domesticated cat. This hardy hunter lives primarily off of small rodents, supplementing their diet with small mammals, bugs, birds, reptiles, and amphibians. As obligate carnivores, their diet is comprised of meat – although they’re known to occasionally eat jackalberries.

Sometime around 12,000 years ago, these cats were domesticated in the Middle East.

While dogs were domesticated much earlier (think as much as well over 20,000 years earlier) by hunter-gatherers, the domestication and keeping of cats is always the sign of advanced civilization. Yep, you read that right. You may use this fact in your next argument with a dog person.

Wildcats wandering by a settlement would have noticed the abundance of rodents feasting on the grain stores, twitched their whiskers, and dove in. Thanks to their fantastic value as rodent management tools, these cats quickly earned their place in society. People not advanced enough to harvest and store surplus grain were of little interest to wildcats. Similarly, without grain stores in need of protection, these hunter-gatherers wouldn’t have recognized their practical value.

As is the case with so many things, the story of feline domestication is closely linked to food and diet. Humans need grains and cats need meat. Our different and mutually beneficial dietary needs were the basis for the entire relationship between cats and people.

These unique dietary needs were obvious to the Neolithic people, but things have gotten a little bit blurry as time wears on.

Continuing onward through the ages of cat-worshipping ancient Egypt and the reverent Romans, cats continued to live on a similar diet – they hunted snakes, rats, mice, and other pests. People may have given them treats to encourage the cats to stick around, but for the most part, these early cats fended for themselves.

This continued for thousands of years. Throughout most of history, cats have been full-time employees in an agrarian society. Although they were valuable companion animals as well, cats were hunters and pest controllers.

The Medieval era was a very turbulent time for cats. Among Muslims, cats were beloved pets. But in Christian Europe, they were seen as devilish creatures – still, of course, profoundly linked to their proclivity to hunt rodents. Medieval printing pioneer William Caxton is credited with this statement that in a sense likens the cat to the devil while addressing its predatory nature:

“The devyl playeth ofte with the synnar, lyke as the catte doth with the mous.”

By the 1700’s, however, European cats were no longer persecuted and again rose to high esteem for their ability to get rid of hated brown rats, which hit Europe in the 18th century.

Through the middle of the 19th century, cats were viewed as independent animals capable of essentially feeding themselves. However, it was around this time that you’ll see evidence that there was a new idea going around.

Supplementing a cat’s diet made them a better hunter.

“It is… thought wrongly that the cat, ill-fed, hunts better and takes more mice; this too is a grave error. The cat who is not given food is feeble and sickly; as soon as he has bitten into a mouse, he lies down to rest and sleep; while well fed, he is wide awake and satisfies his natural taste in chasing all that belongs to the rat family.”

But what would that well-fed cat eat? Probably a lot of horse meat – cheap meat often sold for pets by street vendors. At the time, “complete and balanced” commercial food didn’t exist even for dogs. The first food made just for dogs hit the market in 1860. James Spratt introduced Patent Meal Fibrine Dog Cakes that year. They were a hit in England and their popularity quickly caught on in America, kicking off the spread of the pet food industry.

By 1876, Spratt’s Patent Cat Food was advertised as a more wholesome alternative to the common horsemeat for cats.

It was in the same year that Scottish doctor Gordon Stables stated that:

“…cat ought to be fed at least twice a day. Let her have a dish to herself, put down to her, and removed when the meal is finished. Experience is the best teacher as regards the quantity of a cat’s food, and in quality let it be varied. Oatmeal porridge and milk, or white bread steeped in warm milk, to which a little sugar has been added, are both excellent breakfasts for puss; and for dinner she must have an allowance of flesh. Boiled lights are better for her than horse-meat, and occasionally let her have fish.”

So we see what the cultured Victorian cat might eat: oatmeal and bread with milk and sugar for breakfast, followed by organs, horse meat, and fish for dinner. And perhaps some Spratt’s Patent Cat Food. Note, though, that at this time commercial pet food was still viewed as a luxury item. It didn’t become really common until around the 20’s and 30’s.

What about dry food? You know, the crunchy grain-based stuff that is the most popular type in the United States today?

Well, dry cat food didn’t exist at all until World War II shook up the world economy and forced major changes in production. For one, pet food was classified as a non-essential good. Secondly, metal rationing took a toll on the can production industry, forcing pet food manufacturers to do something different. Production shifted towards an emphasis on dry food and kibble for cats and dogs.

After the war, dry food established itself as an essential part of pet care. Commercial pet food, in general, was an essential. Human food manufacturers saw the popularity of pet food as a great opportunity to make use of byproducts. Pet food manufacturers utilized clever marketing to convince consumers that table scraps, raw food, and prey were not enough to keep their pets healthy

Today, dry food is the number one most popular type of cat food in the United States.

So we’ve taken a brief trip through the history of cat food.

We’ve gone from the carnivorous diet of felis silvestris lybica, through the rodent-fueled early days of feline domestication and the thousands of years of meat-eating pest control that followed, onward into times of milk, sugar, and horsemeat, and finally concluding with today’s period: one marked by the prevalence of a grain-based diet for cats.

Grain has always been a critical part of the cat’s relationship with people. Humans use grain as a primary food source, harvesting and storing it for future use. Rodents threaten the stores of that grain, attracting cats, who need the flesh of those rodents to survive. Cats keep the pests in check and, so doing, have earned their place in human society.

Now, after thousands of years of cats living as carnivores, humans have realized that the grain that’s so essential to our way of life can serve as the basis for a more lucrative synthetic version of the biologically correct feline diet.

Dry cat food has been a staple for only about the last seventy years. That’s just about .5% of the history of domesticated cats. Does it really make sense to believe that this new diet – necessitated by wartime restrictions and popularized by the opportunity to make money off of human food byproducts – is truly appropriate for our cats?

The flaws of dry cat food are numerous and manifest in some of the most common health issues affecting cats today: poor dental health, diabetes, and feline urinary tract disease.

Check out Everything You Need to Know About Dry Cat Food and learn more about why you should probably throw out your cat’s dry food today.