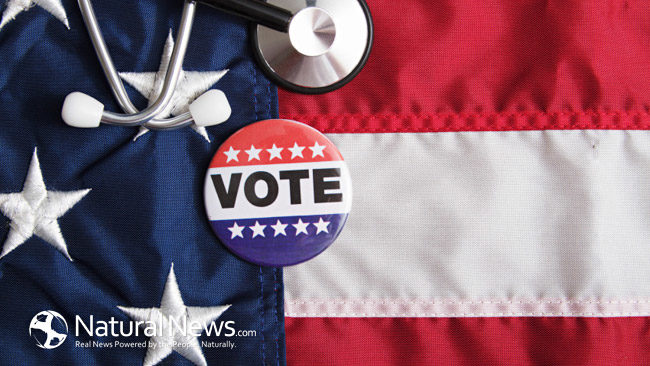 My high school government class taught me why I shouldn’t vote for President. Learning how the Electoral College works and understanding its original purpose was mind blowing to me even as a high school senior who had never voted. You don’t have to be a conspiracy theorist to grasp this concept, just open to looking at facts that are written in plain sight. Let’s start with a few questions and definitions.

Are you aware that there is an electoral vote and a popular vote? The popular vote is also referred to as the American vote or the vote of the people at the time of the election. The popular vote perpetuates the illusion of democracy. The electoral vote determines who will become President, a concept certainly open for interpretation depending on how far you’ve gone into your studies of the powers that be. Have you heard the term selected, not elected? Even if you refuse wrap your mind around the whole Manchurian candidate concept, you can at least begin to see that the general population does not actually decide who will be President by understanding more on the Electoral College.

“There are two primary reasons the Founders chose to select presidents via the Electoral College instead of by direct, popular voting. The first reason was their lack of trust in the judgment of the people. They were fearful that a well-spoken but not well-intentioned individual could flatter the people and win their support. They hoped that a secondary body, such as the Electoral College, would not be susceptible to such attempts at manipulation. This reason for the Electoral College is virtually meaningless with changes that have “bound” electors to cast their votes for the candidate who wins the majority of the popular vote in each state.

The second reason for choosing presidents by electoral votes instead of by popular vote is to give the states a voice in the presidential election. The principle of federalism was and is a critical feature of the American political system. By placing states in this important position in the selection of the country’s leader, the Framers sought to maintain the position of states as important entities in the American political system.

Imagine that presidential elections were not decided state-by-state, but rather by a nationwide popular vote. The significance of states and the candidates’ competition for support in key, “swing” states would disappear. Candidates would be inclined to simply run nationwide ad campaigns and visit large population centers.”

Let’s think about that. In the first paragraph it states that the “Founders” set up the Electoral College to determine who would be President, because they did not trust the judgment of the people. However, isn’t democracy supposed to BE a “form of government in which people choose leaders by voting?” The first paragraph also says that the electors are bound to cast their vote for the candidate who wins the popular vote in each state. Sounds nice, but it’s not true… let’s look at the facts.

Despite what we are told about the electoral and popular vote, electors are NOT bound to cast their vote in agreement with the people. Here are some other interesting cases where the candidate who won the popular vote (aka American vote, your vote, the people’s vote) coincidentally matched the Electoral decision, but did not reflect how the people voted as legislation claims it should.

Also take a look back at the beginning of the 2nd paragraph from This Nation’s definition of the Electoral College. The ‘states’ were given an important role in the election, because the Framers wanted the ‘states’ to be important entities in the American political system. Notice how that says absolutely nothing about the people, the people’s vote, or well…. YOU.

Here’s a rather interesting final thought they share in the 3rd paragraph…. Let’s run it back. “Imagine that presidential elections were not decided state-by-state, but rather by a nationwide popular vote. The significance of states and the candidates’ competition for support in key, “swing” states would disappear. Candidates would be inclined to simply run nationwide ad campaigns and visit large population centers.” Yes, take a moment and sit with that thought. Imagine the “horror” that would occur if Presidential candidates actually had to appeal to the people, rather than the Elite, states, corporations, government bodies, and electors.

Every four years, millions of people flock to the Presidential polls to cast a vote that does not count, but what have those millions of people done between each election to be sure that their opinions, passions and needs are considered or that their voice is being heard? In most cases, absolutely nothing. Imagine if we shifted our energy towards voting where it counts. Voting with our dollar. Voting with our energy. Voting with our choices in products. Voting by spreading knowledge. Voting by the choices we make in daily life. Imagine how we would change the world.