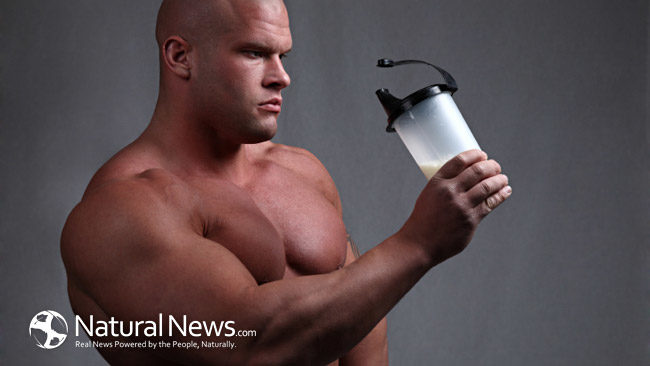 The amount of protein we need to maintain optimal health has long been debated.

The modern-day hunter gatherer Paleo people would perhaps suggest that a higher intake of animal protein is best. Conversely, the vegan, plant eaters would usually point to the low protein approach. Confusion ensues because both ways of eating definitely seem to have their benefits. They both promote the consumption of whole foods, and both have the same goal in mind – health.

A new study published in Cell Metabolism however may help us shine some light on the situation. I’m not claiming that the results of one singular study should be taken as gospel, but they are quite interesting.

The researchers combined an epidemiological study of 6,381 US men and women aged 50 and above with mouse and cellular studies in an attempt to “understand the link between the level and source of proteins and amino acids, aging, diseases, and mortality.”

Over a twenty year period, it was found that in middle-aged people; a high intake of animal protein (found in meat, dairy and eggs) is linked to increased cancer, diabetes and overall mortality. Conversely, in older populations, higher intakes of protein seemed to reduce the risk of cancer and mortality, although the diabetes risk remained.

Participants within the study aged 50–65 with high protein intake had a 4-fold increase in cancer death risk, during the following 18 years. This was supported by the cellular studies and those carried out on mice, where the progression of cancer was significantly attenuated by a low protein diet, suggesting that it could play a future role in cancer prevention.

The study also showed that in middle age a high animal protein intake lead to a 5 fold increase in diabetes, and a 75% increase in overall mortality. The researchers suggest that high levels of animal proteins promote increases in IGF-1 and possibly insulin levels, and that this is one of the main promoters of mortality for middle-aged people.

Conversely, the risks of cancer, diabetes, and overall mortality were either completely abolished or attenuated if the proteins were plant derived, such as protein from legumes or grains. Plant based proteins do not show the same IGF-1 and insulin promoting effects.

The risks for of cancer and death were not affected when the same calculations were performed for fat or carbohydrate consumption, suggesting that animal protein alone is the main issue. And even a moderate consumption was shown to have an ill effect. People who ate on average of 16% of their calories from protein were still three times more likely to die of cancer than those who ate a low-protein diet in middle age.

The researchers suggest that the higher protein requirements for elderly people may be due to their lower body weight and BMI, which may make them more susceptible to protein malnourishment. Other factors such as inflammation or genetics may also have contributed to the sensitivity to protein restriction.

The researchers conclude that a low protein diet during middle age is likely to be beneficial for the prevention of cancer, overall mortality, and possibly diabetes through a process that may involve, to some extent, the regulation of IGF-1 and insulin levels.

However at older ages, it seems that it may be important to avoid low protein intake and gradually adopt a moderate to high protein diet, preferably mostly plant-based consumption to allow the maintenance of a healthy weight and protection from frailty.

The researchers also conclude that “a diet in which plant-based nutrients represent the majority of the food intake is likely to maximize health benefits in all age groups.”

I must mention that there were a few limitations to the study. The researchers suggest that use of a single 24 hour dietary recall followed by up to 18 years of mortality assessment could have led to “misclassifying dietary practice if the 24 hour period was not representative of a participant’s normal day.” However, 93% of the sample reported that the 24 hour period did in fact represent a normal day.

The study may have also benefited from being carried out over a larger sample size, and this is especially true when looking at diabetes risk. However, we would expect a small sample size to decrease statistical power and make it harder to detect any significant trends, hence the ability of the study to detect trends in this study may reinforce the associations between protein and mortality.

I would also be interested to see the same test repeated on younger populations, and whether the quality of animal products consumed may also have an impact on disease risk (e.g grass fed meat, organic free range eggs etc.). I currently consume a plant based diet, but I know others have benefited from the higher protein Paleo approach too, so I wouldn’t want to rule it out based on the results of one study.

As I said, the study seems comprehensive and the results are very interesting, but we are still far from completely figuring out this complex nutrition puzzle. We must be careful not to jump to conclusions until further investigations are carried out.